Most of Zimbabwe’s animals are located in the National Parks and private wildlife ranches which are distributed over the diverse landscape of Zimbabwe ranging from miombo woodlands to thorny acacia or kopje. Not only will visitors find the "Big Five” – buffalo, elephant, leopard, lion and rhino, but many other species, some of which are listed in the table below with the National Parks in which they can be found. 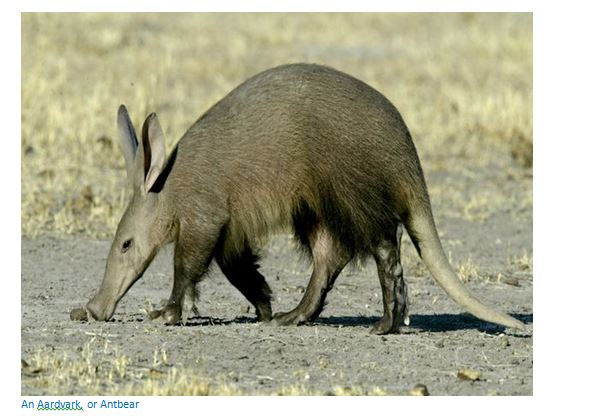 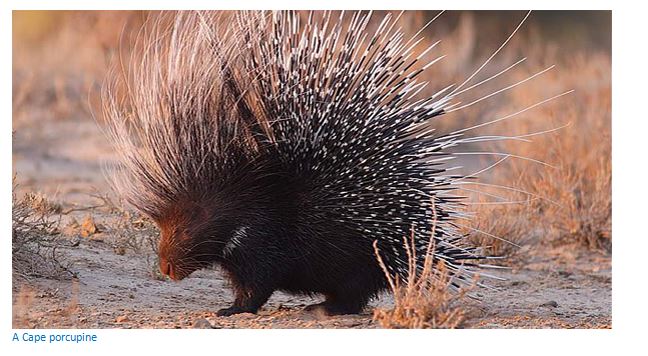 Poaching and the current wildlife crisis in Zimbabwe

The introduction of the Wildlife Conservation Act of 1960 improved the management of wildlife and by the 1990’s Zimbabwe had become one of the leading countries in Africa in wildlife conservation and management with a reported income generation US$ 300 million per annum. The nationwide land grab in 2000 led to many invaders illegally occupying land, the resulting chaos leading to deforestation of prime habitats and an intensive poaching programme of snaring and hunting with dogs. Encouraged by reckless and provocative rhetoric from politicians this was accompanied by a general lawlessness and a wave of destruction. Properties were burnt out, trees cut down, tourists forced out of safari camps by irate war veterans, ranch scouts were disarmed, intimidated, severely assaulted and even killed as they have attempted to perform their duties whilst the police simply stood by and watched the proceedings.

The whole viability of most conservancies and wildlife parks was threatened and in some areas the level of poaching resulted in these areas becoming devoid of wildlife. For example, following the invasions almost 25 per cent of the 340,000 hectares of the Savé Valley Conservancy, one of Africa's largest conservancies became occupied by settlers, or inaccessible to the land owners and their staff due to threats and intimidation from the occupiers. 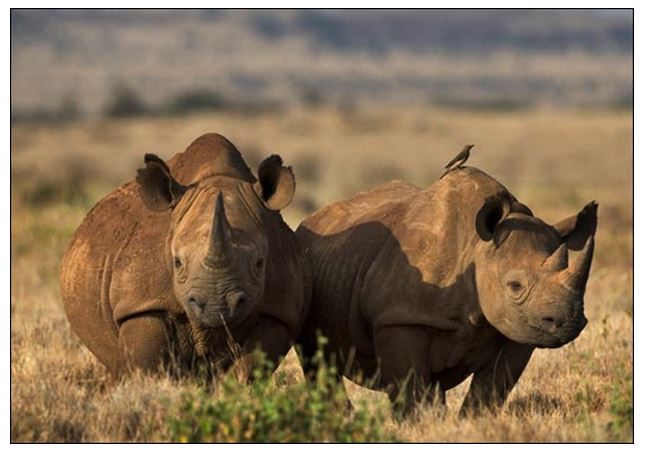 In a report headed Zimbabwe: Wildlife management - A tale of calamity, greed and a shattered ecological future the Centre for Public accountability (CPA) was extremely critical of the government’s failures: “This is a failure that touches across the full waterfront of wildlife management systems in this country,” says a former  ZPWMA official. “The whole episode of human greed, reckless exploitation of animal resources and the lack of political will to adequately finance and support wildlife management systems in this country has caused unnecessary local and international alarm and wasted valuable resources.”

Other ecologists, environmentalists and wildlife experts say deforestation, over-harvesting, rapid encroachment of human settlements into the country’s National Parks, wildfires, lack of transparency in the award of safari hunting permits and quotas, the land reform, massive exodus of skilled professionals, political interference, unchecked plunder of wildlife resources by a narrow elite, marginalization of local communities, economic sanctions and lack of financial and material resources have had serious implications on the sustainable management of the country’s wildlife resources. Global trade in endangered species and mistrust and tension between the government and private safari operators also added to the wildlife management woes in Zimbabwe.

However poaching remains the greatest threat to wildlife and in the past three decades, many of Zimbabwe's wild animals have suffered a massive decline in population due to poaching. Zimbabwe is home to thousands of species of animals which are now under threat from over exploitation, harvesting, or killing of animals for food, materials or medicine at a rate above the reproductive capacity of the population.

A visit by Chief of the Convention on International Trade in Endangered Species (CITES) Willem Wijnstekers exposed a number of serious shortcomings in the wildlife management system in the country. During the visit which was necessitated by rising reports of poaching of endangered rhino and elephant species, it was revealed that the Parks and Wildlife Management Authority had failed to carry out a game census since 2008. Political meddling, lack of financial and material resources and the general fear by a narrow elite that a game census will expose the nature wildlife calamity are the main reasons why a game census has not being undertaken.

"The problem with illegal hunting is that it is taking place with the assistance of ZPWMA officials and there are many cases where they are involved, either for personal gain or because they are following orders from more senior officials or politicians," chairman of the Zimbabwe Conservation Taskforce (ZCTF) Johnny Rodrigues was quoted saying recently. According to the ZCTF, Zimbabwe last year lost 350 rhinos, 20,000 zebras and over 6,000 elephants to poachers. The conservation group says most of the rhino horns and zebra skins from illegal poaching activities in the country were sold to medicinal markets in China and Vietnam.

According to a recent TRAFFIC report prepared for CITES, the illegal killing of rhinos in Zimbabwe has resulted in a loss of just over a quarter of its rhino population over the last three years. The Lowveld Rhino Trust (www.lowveldrhinotrust.org) which monitors and manages rhinos in southern Zimbabwe reports that about 130 rhinos were poached for their horns between 2008 and 2009. The Trust says rhino poaching remains a high-stake, organized endeavour in Zimbabwe undertaken by ‘everyone from government officials and foreign diplomats to gangs of violent criminals.”

It’s not only the rhinos which are under threat. Conservationists estimate that 40-80 per cent of large game animals on former wildlife farms and conservancies have been poached. These figures vary from region to region, but true estimates are difficult to ascertain because many former landowners have been evicted, or the estimates have not been done. Poaching of wild animals on the formerly white-owned ranches is out of control and conservationists fear most animals from small, medium and large sizes have been decimated in most farming areas. They estimate that 80 per cent of the animals that lived on commercial game farms have been killed in the past decade after ranches were taken over by settlers and so-called war veterans. In most ranches anti-poaching patrols are overwhelmed, every day, poaching units find animals that have stumbled into wire snares and are suffocating to death. The World Wildlife Fund estimates up to 80 per cent of wildlife on reclaimed farms has been slaughtered since 2001, with little sign of the desire for bush meat and cash abating.

The Zimbabwe Conservation Task Force (www.zctfofficialsite.org ) objected recently when Zimbabwe announced that 62 baby elephants would be exported to China, France and the United Arab Emirates and the acting Environment Minister stated that Zimbabwe has in excess of 80,000 elephants, but only has the capacity for 42,000 despite the fact that no proper surveys have taken place in Zimbabwe for many years.  Only when the results of an aerial survey carried out in 2014 / 15 by The Great Elephant Census (www.greatelephantcensus.com) funded by the Paul Allen Foundation the largest pan-African survey since the 1970’s, will we know how many actually remain, where they are, what threats they face and whether in fact their numbers are increasing or decreasing.

Preliminary census figures for Zimbabwe are available and the chart from the Zambezi Society (www.zamsoc.org) shows a 40% decline in elephant numbers within the Middle Zambezi Valley in Zimbabwe since 2001 (from 18,000 to 11,500) and a 75% decline in the Sebungwe area south of Lake Kariba (from 13,000 to 4,000) Thankfully the number of elephants in Hwange National Park has shown a small increase of 10% (49,000 to 54,000) and Gonarezhou  increases from a heavily poached base of  5,000 to 11,000. Overall the national herd is estimated to have decreased 6% from 88,000 to 82,000. The message for Zimbabwe is clear – poaching is rife in particular areas and we need to do something about it. 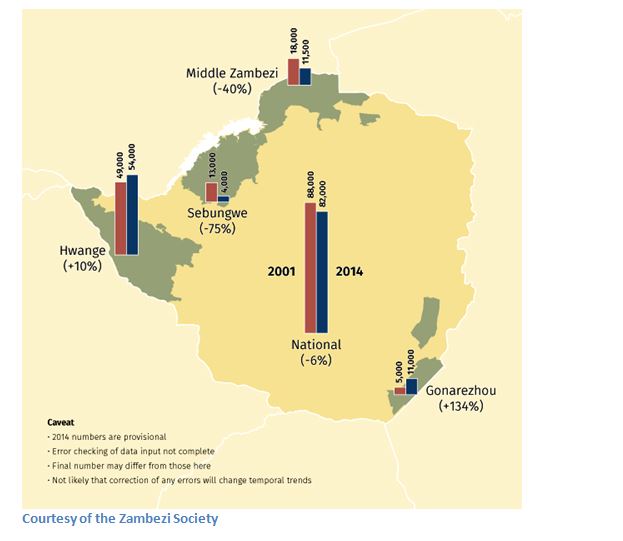 ZPWMA appears to have difficulty fulfilling its mandate owing largely to political interference, massive exodus of professionals, lack of financial and material resources, economic sanctions and a weak capacity to monitor and implement wildlife conservation practices. Government officials say the international community should reward Zimbabwe for its good wildlife conservation practices that have seen it preserve some of the world’s rarest species.

ZPWMA officials deny any political meddling by powerful elites but say lack of resources has affected its anti-poaching patrols, wildfire control units, game stock taking, research, procurement of fencing and other materials required in the management of wildlife. The authority is failing to maintain its vehicle fleet, radio communication equipment and other vital infrastructure reducing its capacity to manage wildlife effectively.

Zimbabwe’s Communal Areas Management Program (Campfire) was a huge success in the 1980s and inspired ongoing regional natural resource management programs in other countries including Namibia, Botswana, Zambia, Malawi and most other developing countries. The rationale for community involvement in the management of natural resources stems from the fact that local communities that derive direct benefits from managing natural resources are better motivated to protect those resources. It involves devolving control and management responsibilities to local people through appropriate legislation and biodiversity resource management frameworks using economic benefits to encourage communities to husband wildlife.

But, sadly, this approach has declined in its momentum in recent years pushing up poaching and conflicts between communities and parks authority. Experts say the extent and quality of community participation has declined sharply in recent years in most Campfire sites as powerful local elites and rural district councils capture all the benefits at the expense of local communities. Rural councils which retained authority to make and break contracts with hunting and tourism operators tended to siphon off a huge chunk of the proceeds through various taxes and levies.

Conservationists say building partnerships and mutual relations is critical - with communities benefiting from harvests of thatching grass, honey, mushroom, firewood collection and grazing their livestock in return for assistance in the control of wild fires, anti-poaching activities and the security of the game protection fence. If local people are guaranteed the benefits of sustainable land use and hunting practices, they will be willing to invest in sound wildlife management and embrace their responsibility to hunt sustainably.

The United States of America is the World’s second largest global consumer of illicit products such as elephant tusks and ivory horn. In his opening letter outlining the new strategy for combating wildlife trafficking for the Departments of State, Interior and Justice Mr. Obama wrote that "because of the actions of poachers, species like elephants and rhinos, face the risk of significant decline or even extinction,” adding that "well-armed, well-equipped, and well-organized networks of criminals and corrupt officials exploit porous borders and weak institutions."

Jimmiel Mandima, a Zimbabwean who is Director of Program Design and Partner Relations at the African Wildlife Foundation, which played a role in developing the national strategy said, "I consider this to be extremely commendable on the part of the U.S. government. And for us this just means the global community will look at the U.S. as a global leader that is charting the way to deal with this big problem of challenging the wildlife trafficking. The wildlife that has been targeted for this illicit trade is a natural heritage, mostly for Africa, but for the global community as a whole. The keystone species - elephants, rhinos, the great apes and the carnivores - are really ecological makers in the ecosystems and habitats. So they contribute to how the ecosystems provide services and goods to the whole global community…and are an economic asset, driving the tourism industry in many parts of the world.” 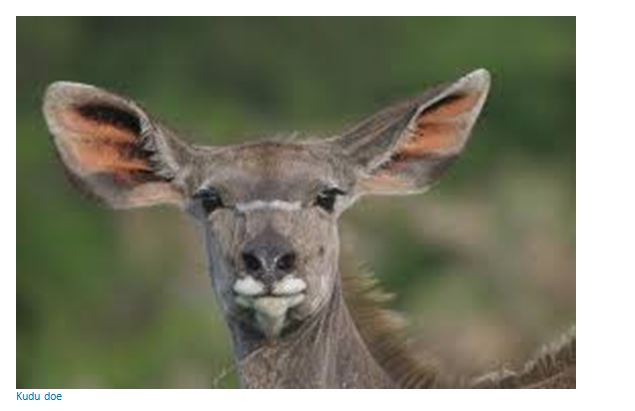