There is an earth airstrip at Tuli.

NOTE: The Shashe River crossing is about 600 metres of sand and requires 4WD to get across. 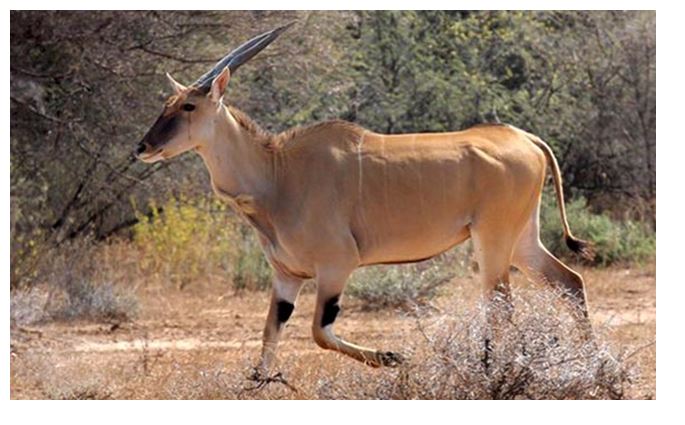 The Thuli Safari area is a protected area in south-western Zimbabwe. It comprises four reserves within the Zimbabwe Parks and Wildlife Estate and covers the entire west bank of the Shashe River within the Thuli Circle. The reserves are administered as a single unit, from the National Parks and Wildlife Management Authority office on the east bank of the Shashe River. The three botanical reserves are very small; in total covering just over a square kilometre. 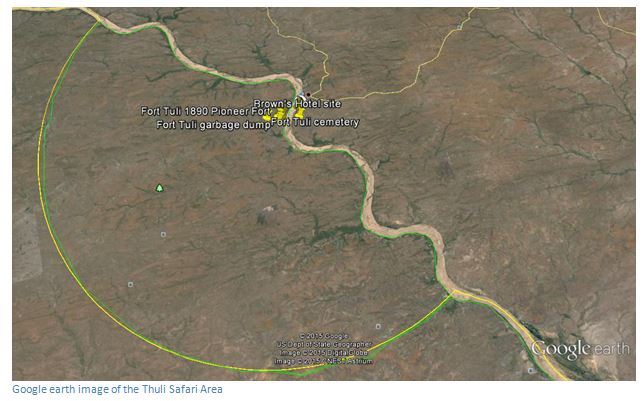 Thuli Safari Area was proclaimed in 1975 and prior to that date from 1958, it was a controlled hunting area. In terms of a memorandum signed on 22 June 2006, Thuli Parks and Wildlife Land forms the core of the conservation area that Zimbabwe contributes to the limpopo-Shashe Transfrontier Conservation Area in conjunction with the Mapungubwe National Park in South Africa.

Most of the Tuli area is scrubland with Mopane and Combretum bush, but the Sarari Area's eastern border, supports riverine vegetation such as Ficus and Faidherbia along the Shashe River.

The protected area comprises a flat landscape, giving way to rugged hilly terrain near the Shashe River. The underlying bedrock is Jurassic basalts which trend NNE-trending with inwardly-dipping lava flows and a well-preserved volcanic caldera. In September 1993, a South African expedition visited four structures in Zimbabwe that had been selected because of circular outlines, or because of unusual aeromagnetic anomalies. The first one, the 1.1 kilometre diameter Thuli structure was identified as a well-preserved volcanic caldera formed by a series of basaltic, gabbroic, and dioritic intrusions. Preliminary results of magnetic traverses are consistent with the model of a volcanic pipe.

Camping sites exist at the head office and within the safari area. There are no hotels or self-catering accommodation, but Shashe Wilderness Camp is run by Wildlife Environment Zimbabwe and is about a kilometre to the north of National Parks reception on the eastern bank of Shashe.

This camp is set amongst huge riverine trees, with wonderful bird life and looks out onto the Shashi River, a vast expanse of sand with occasional water. The camp was set up in 1976 as an environmental education centre for children, this is still the primary function of the camp, but not the only, and it is open to anyone who loves peace and tranquillity of the bush. The camp itself consists of three blocks. There are ladies accommodation, men's accommodation and a central dinning come kitchen area.

For bookings at the Shashe Wilderness Camp contact Rosemary Harrison at zitf@zitf.co.zw.

When to visit:
All year around Monday to Sunday 6am to 6pm
Fee:
Entrance and accommodation fees are payable
Category:
Scenic
Game Park
Historic
Province:
Matabeleland South