National Monument No.:
78
Why Visit?:

This is where Rhodes relaxed on visits to his Westacre Estate; the Summer-house was used as a dining-room and place to relax during the heat of the day, as it was open-sided and cooled by the breeze.  Rhodes usually lived in a wagon when travelling, but here he used the four rondavels that were constructed on the site.

No trace of the rondavels exists, but the foundations of the Summer-house are visible on the rise.

From Bulawayo take Robert Mugabe Way from the city; this turns into Matopos Road which continues south, but before reaching the National Park turn right into the entrance to REPS School (a prominent white building on the right) and drive around the school fence. Turn left at the western boundary of the school down a drive 100 metres between two houses to a small rise at the end of the driveway. The historical monuments plaque is directly in front on the rise.

The Summer House is where Cecil Rhodes’ coffin rested on the night before the final trek to the grave and burial on 10th April 1902 at World’s View on the summit of Malindidzimu. Although only the foundations of the Summer-house remain and the site is not even signposted, the site still has its National Monument plaque. 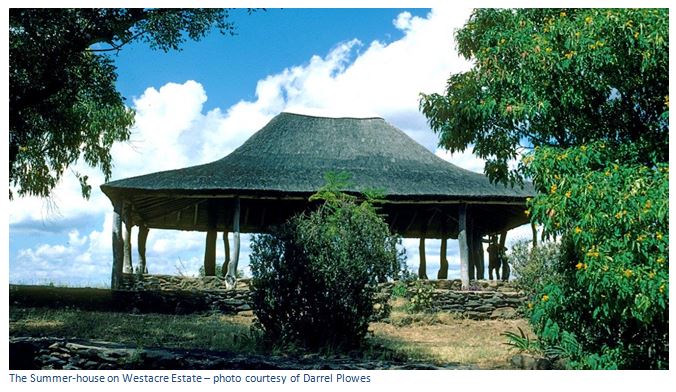 The Summer-house was built in 1897 on the uppermost of two levels which are ringed with cemented stones on a small mound with the entrance facing north down the approach driveway.  It stood with its long side facing south over Rhodes Westacre Estate toward the Matopos Hills on the skyline. Like many of his farms throughout Zimbabwe, it is now an agricultural research station. The top level contains the cement foundation of 10 metres by 7 metres, a very modest size for a man who left an estate of over £4million pounds. Like his beachside cottage situated at Muizenberg on the False Bay coast, near Cape Town where he finally died on March 26, 1902 Rhodes liked his homes to be unpretentious and simple. 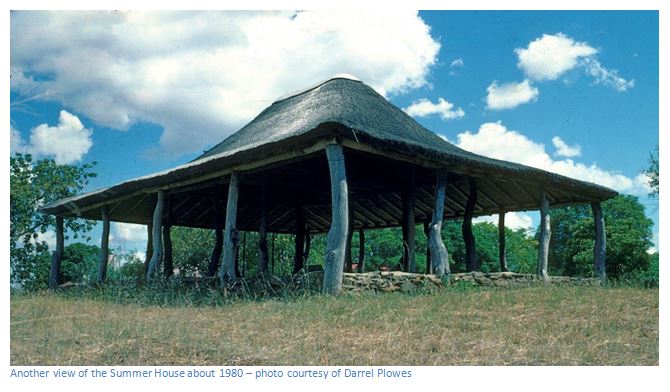 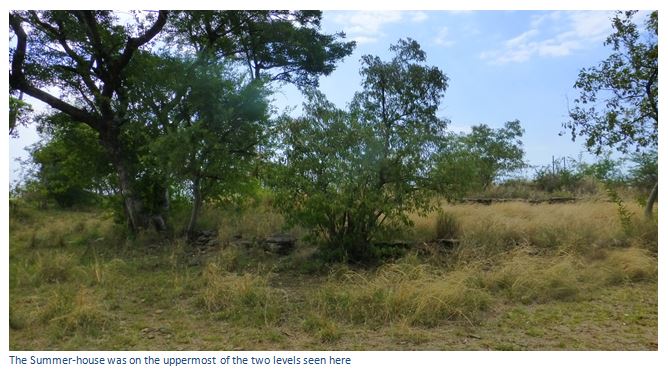 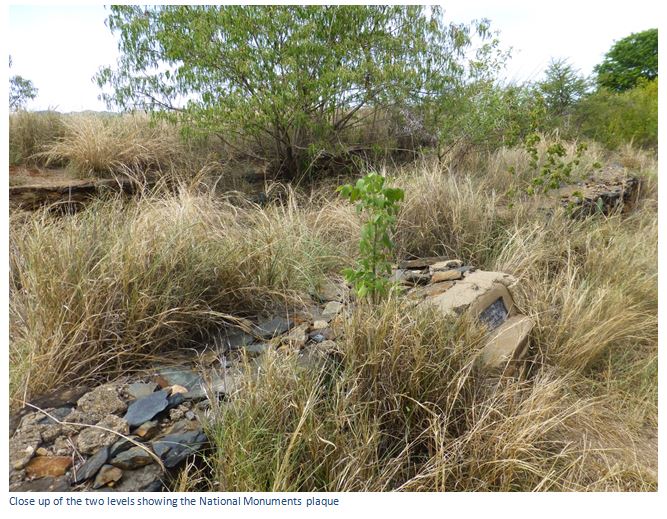 The Summer-house on Westacre estate overlooks what was later called World's View Farm (National Monument Number: 29) where Rhodes spent much of his time in the Matopos, where he enjoyed by the rugged grandeur of the landscape. Essentially just a thatched roof supported by poles on a solid foundation, it was destroyed in a veld fire that swept over the small hillock on which it was built. According to Rob Burrett of the Natural History Museum, the Summer House has been burnt down three times since 1902 and after the last occasion in the 1980’s it was decided to leave it and it has also been deproclaimed as a National Monument. 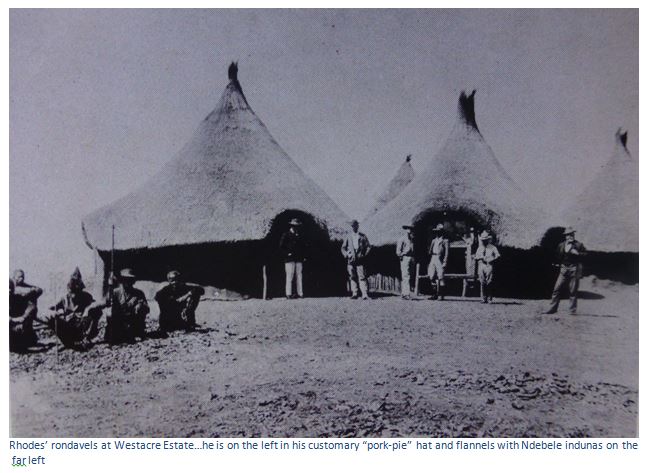 The photograph was probably taken during or after the series of Indabas in August 1896. Even in 1871, when Rhodes arrived in Kimberley on horseback accompanied only by a cart pulled by four oxen to join his brother Herbert Rhodes, he cut a somewhat odd figure that attracted attention. A contemporary description is “fair blue eyed, and with somewhat aquiline features, wearing flannels off the school playing field, somewhat shrunken with strenuous rather than effectual washings that still left the colour of the red veld dust.” 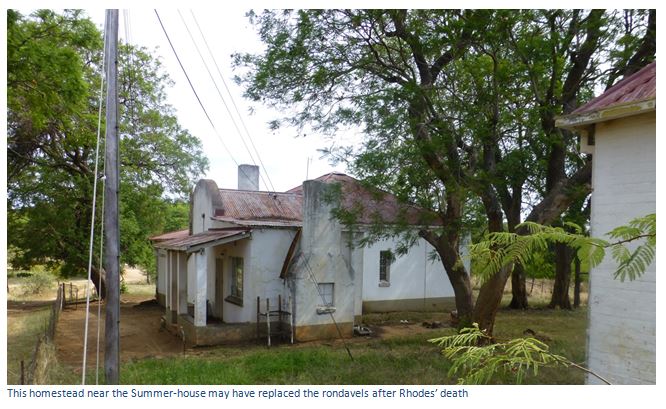 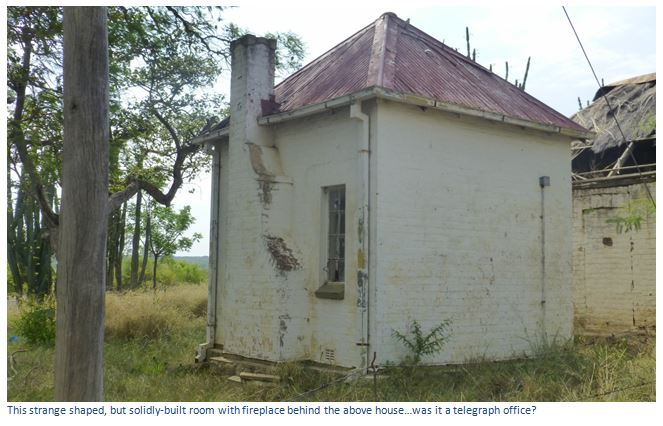