South Africa makes the correct decision on the future of wildlife including lion breeding, rhino horn and the elephant ivory trade

South Africa makes the correct decision on the future of wildlife including lion breeding, rhino horn and the elephant ivory trade

Thanks to documentaries such as Blood Lions, explosive reports from NGOs like the EMS, Landmark and Born Free foundations, Ban Animal Trading, Humane Society International-Africa, the Cape Leopard Trust, legal challenges by the National Council of SPCAs (NSPCA), Law Court findings against cruelty and landmark legal opinions by law firms such as Cullinan and Associates and the Centre for Environmental Rights and exposés by media organisations such as the Mail & Guardian, Oxpeckers and Daily Maverick and individuals such as Lord Ashcroft’s book ‘Unfair Game’ at last justice is being achieved for wildlife.[i]

South Africa recognising its global responsibility to conservation and wildlife

The establishment of the 25-member Panel was in response to the emotive and complex conservation and sustainable wildlife-use issues being raised by the public, particularly those involving the above keystone species.

However, in the case of lions, a recent report by National Geographic estimates that there are between 6,000 and 8,000 captive lions in private facilities in South Africa, although Ian Michler, the director of Blood Lions, a South African non-profit charity dedicated to ending the captive lion industry, says there may be as many as 12,000. There are about 2,000 wild lions in South Africa and an estimated 20,000 remaining in Africa.[iii] [a South African ratio of wild: captive lions of 1:6]

Africa Geographic reported on 2 May 2021 that Environment Minister Barbara Creecy of the Department of Forestry, Fisheries and the Environment (DFFE) had announced that South Africa will act on the 600-page High-Level Panel’s recommendations to bring an end to the commercial captive lion industry in South Africa.

The Panel was established in October 2019 to initiate policy with their task to: “review policies, legislation and practices on matters related to the management, breeding, hunting, trade and handling of elephant, lion, leopard and rhinoceros.”[iv] There are twenty-five individual members made up of experienced conservationists, ecologists, hunting industry representatives, wildlife ranching experts, animal welfare scientists, traditional leaders and a representative of the captive predator industry.

What the 26-member panel recommended

The majority, but not all the panel recommended ending lion breeding and placing curbs on the keeping of captive rhinos. There was also disagreement on the controls on rhino breeding, but the Minister said she had decided to accept the majority view.

The majority view of the Panel was that lion breeding in South Africa where they are sold at the end of their lives to be shot by trophy hunters in canned hunts who keep the skins and heads, their bones being sold or smuggled to China and Vietnam where they are believed to have medicinal properties, should be ended. This unethical and barbaric trade has been written about previously on this website. [See the article Canned Lion hunting and the horrible trade to the Far East in wild animal parts under Matabeleland North on the website www.zimfieldguide.com] 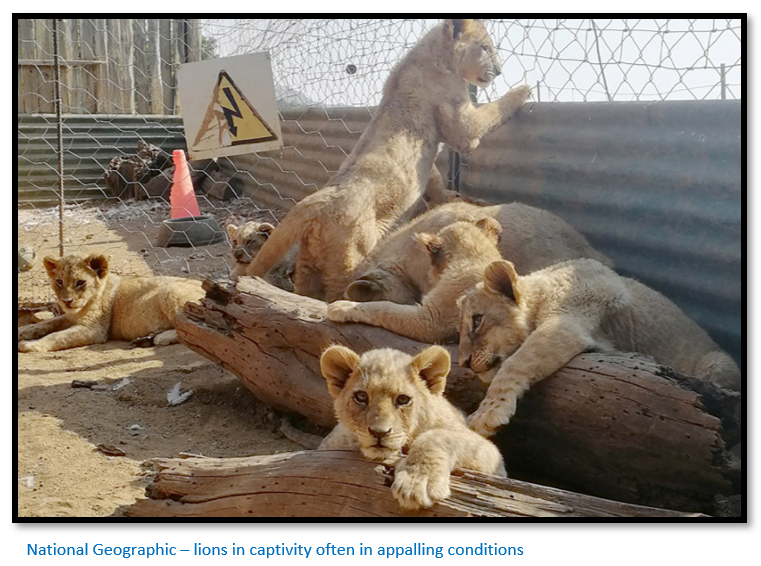 The South African Predator Association, which represents captive lion breeders and hunters, had not responded at the time of writing of this article. Hunting is permitted under strict controls and generates meaningful revenue for South Africa attracting trophy hunters from the U.S.A. and Europe. A figure of 5 billion rand ($345 million) annually has been reported by researchers at South Africa’s North-West University in 2018 according to a recent paper.[vi]

The domestication of lions through captive lion keeping breeding and commercial use including the breeding of lion cubs to be petted by tourists at safari parks will also be prohibited as this means they can never be “re-wilded.” Panel members recommended the immediate halt of the sale of captive lion derivatives, the hunting of captive lions and tourist interactions with captive lions.[viii]

SANParks also welcomed the prohibition set on canned-lion hunting saying: “This paves a positive trajectory for South Africa considering the damaging view many tourists and conservation bodies held against these kinds of activities.”[ix]

Following the panels’ recommendations in future South Africa will not lobby CITES for the lifting of global restrictions on the trade in rhino horn.

Minister Barbara Creecy recognised the Panel’s recommendations regarding the safeguarding of rhinos in South Africa in the future accepting that South Africa protects the largest numbers of the world’s remaining rhino population. As such, the country should play a global leadership role in their conservation. Private rhino owners, who own an estimated 42% of the country’s rhinos, have lobbied for the resumption of legal horn trade to fund the costs associated with protecting their animals against poaching. 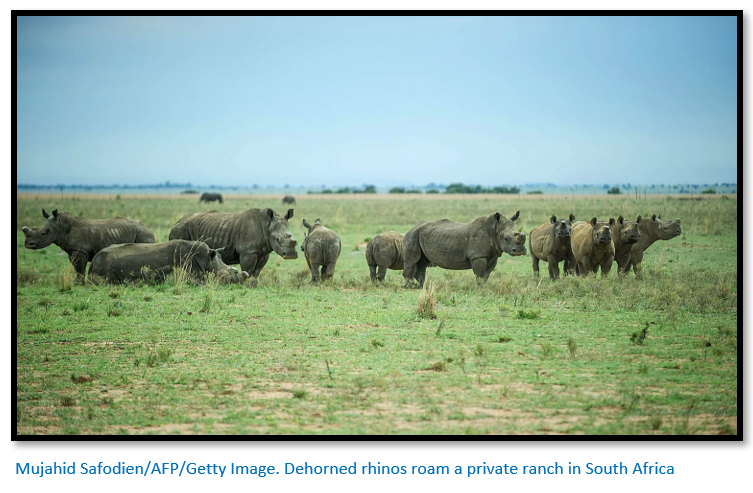 The Rhino Committee of Inquiry will now have to take the debate forward recognising that the international sale of rhino horn is not permitted but recognising that some form of support is needed for private rhino owners who are battling with soaring protection costs to keep their animals from the hands of poachers.

In future South Africa will not lobby CITES, along with other Southern African states such as Zimbabwe, Namibia, Botswana and Zambia, for the lifting of global restrictions on the sale of stockpiles of elephant ivory.

For many years environmental NGO’s have said that ‘fire sales’ of ivory stockpiles stimulate demand for the product in Asia and therefore of poaching. Kenya understood this which is why they have burnt and destroyed their ivory stockpiles. 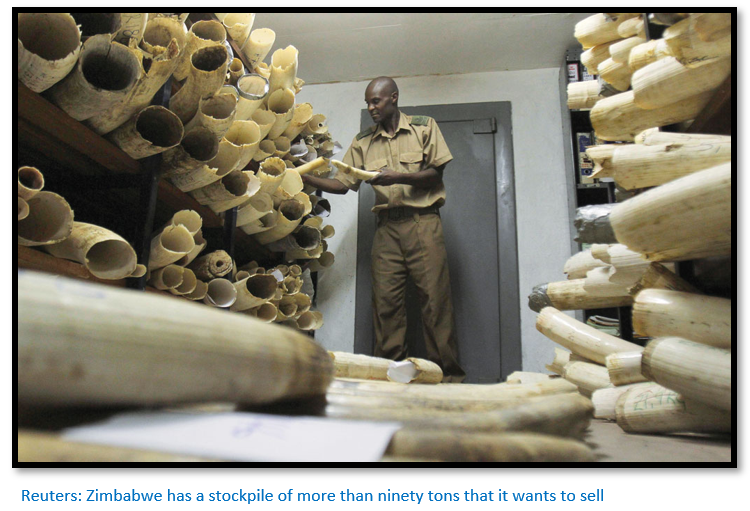 These are a local South African issue as many traditional leaders see leopard-skin cloaks as essential ritual items. The Panel’s endorsement of ‘problem-causing’ leopards seems at best a cop-out.[x] 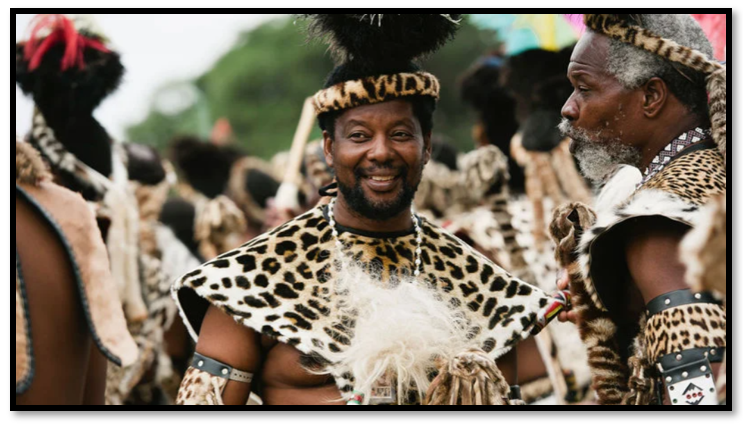 However, in an unexpected but welcome move, members of the South African indigenous Zulu church called Shembe have agreed to wear fake leopard skins in the interest of preserving South Africa's leopard population.

DHL and a United States-based conservation organisation, Panthera, had agreed to ship the faux leopard skins to South Africa free of charge, a DHL spokesperson said in a statement.

Shembe elder and legal adviser Lizwi Ncwane said his community was ready to embrace the fake skins. He said: “Not only do they look and feel like real leopard skins, but they also last longer. We're grateful that Panthera has worked with us in finding a solution that interweaves the conservation of leopards with the customs of the Shembe."[xi]

SANParks Chief Executive Officer Fundisile Mketeni welcomed the Panel’s recommendations and their report saying: “as the body tasked with the conservation of the country’s natural heritage, SANParks sees the release of the report as a historic moment that will assist in enforcing responsible management of wildlife in the country.”[xii]

Mketeni continued: “SANParks will do everything within its power to support the transformation of the wildlife sector. The wildlife economy can play an important role in community development, particularly those communities living adjacent to national parks…

If we are to hand over a better future to our next generation, it is imperative to enhance the responsible management of our protected areas and the conservation of these four iconic species…We take note of the great work done by the Panel and we support the key recommendations which, in our view, will go a long way towards aligning our country’s protected areas with international best practice by giving effect to our national legislation.”[xiii]

Broad public and conservation organisation support for the new policies

In a joint media statement, Blood Lions and World Animal Protection, two organisations at the front of the fight against the captive lion industry said they: “congratulate the Minister on these bold steps and offer their full support in developing and implementing a responsible phase-out plan in order to ensure that the commercial predator breeding industry is successfully closed down in South Africa, once and for all.”[xiv]

The report now needs all the support it can get to make its way through Parliament and into law. Now is the time for former opponents, both in the NGO sector and the wildlife industry, to bury their hatchets and give it their support — and to do it for the sake of the beautiful wild animals with which South Africa is blessed.[xv] 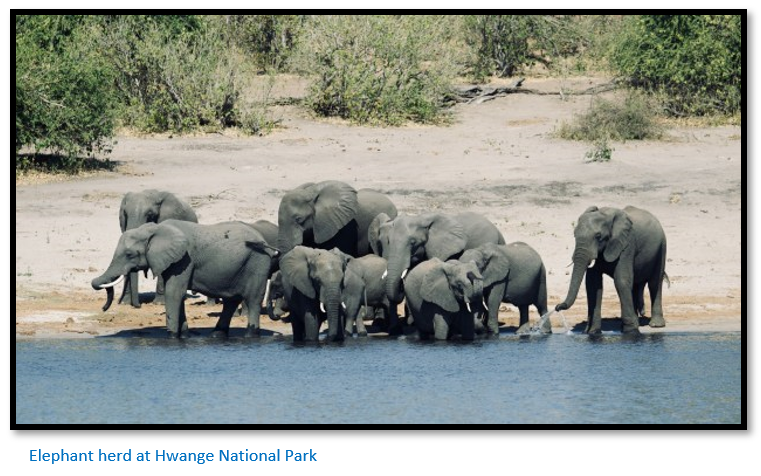 [xi] Shembe church opts for fake skins to save leopards