Although one of the larger Parks covering 1,920 km²; it is probably the least visited and remotest of all the National Parks with few roads and the most basic bush camps. Because of its wild and remote nature, the tranquillity and rugged beauty of Chizarira National Park is unequalled. The appeal of Chizarira lies instead in its total remoteness and the opportunity to experience Africa in its original form.

Spectacular views, whether looking out across the Zambezi Valley and Lake Kariba, south across the park itself, or into the dark depths of the gorges.

Roan antelope and tsessebe, rare or absent in many other Parks, are both found here.

It's an area for taking walking and 4x4 safaris and bird-watching, but visits need to be taken seriously as visitors need to be totally self-contained.

From Bulawayo on the A8 for Chizarira National Park turnoff east at Cross Roads 50 KM south of Hwange town, then travel 28 KM to Kamativi on good gravel road, then 50 KM to the Mlibizi turnoff. Continue east 54 KM to the Binga turnoff. Continue east toward Siabuwa, but turn right after 47 KM soon after crossing the Mucheni River where a sign indicates Chizarira National Park. A further 20 KM of dirt road up and over the escarpment gets the visitor to Park headquarters at Manzituba.

Coming from Harare on the A5 turnoff toward Gokwe at Kwekwe. At Gokwe take the Binga tarred road for 120 kilometres until you reach a T-junction with a sign post indicating Binga to the left. Take this dirt road towards Binga via Siabuwa Business Centre until you see a sign indicating "Chizarira National Park" at the 47 KM peg. Turn left and proceed for 20 KM to the Park headquarters.

From Karoi a 4X4 is required to drive inland west towards Siabuwa crossing the Sanyati and Ume Rivers.

The nearest fuel and supplies are obtained at Binga on Lake Kariba, approximately 90 KM away.

There is a light airstrip at Manzituba, but prior arrangements must be made with ZPWA.

The name Chizarira comes from the Batonga “chijalila,” or “sijalila” meaning a closing off, or a barrier, probably because the north of the Park has sheer gorges which have been cut through the high hills by the Sengwa River on its path into Lake Kariba making it difficult for even local people to traverse.

First proclaimed a non-hunting reserve in 1958, the National Park was gazetted to give sanctuary to wildlife driven out of the Zambezi Valley by the rising waters of Lake Kariba, but Chizarira does not have the very visible concentrations of animals such as Mana Pools National Park and will appeal to visitors who enjoy wilderness and exploring the African bush on foot with a top professional guide, and the feeling that you are the first person to ever walk on this patch of ground. There are strong prides of lion and hyena packs and good sightings of leopard have been reported. Birding-wise, the gorges provide excellent homes for Lanner, Peregrine and Taita Falcons. The black eagle is a frequent visitor here, often returning to its same nest year after year. Towards the rainy season in late November/early December, the Angolan pitta appears and carmine bee eaters return each year to breed. 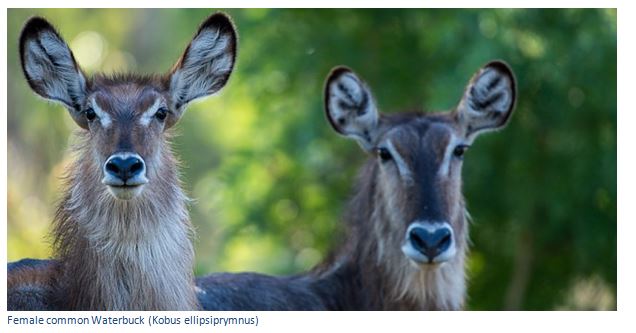 Chizarira National Park is technically in Matabeland North and can be accessed from the A8 through Kamativi, or from Chinhoyi or Karoi. It is the third largest National Park in Zimbabwe with an area of 192,000 hectares (470,000 acres) and with probably the most diverse different ecological zones ranging from lowveld valley vegetation to highveld broad leaf woodland. On the edges of the gorges and up on the hills, Brachystegia species dominate, whilst at lower altitudes Mopane forests and Baobabs grow. In the course of a morning's bushwalk, it is normal to pass through several different zones of vegetation. Despite this, it is the least visited and remotest of all the National Parks with few roads and the most basic camps. It's an area for taking walking and 4WD safaris seriously as visitors need to be totally self-contained.

The infrastructure of this park is not well developed and there has been little maintenance done on the roads; there are seven bush camping sites, each limited to a maximum of twelve persons.  The safari lodge, Chizarira Wilderness Lodge is currently closed.

Situated 40 KM from the Park headquarters on the scenic Busi River and is home to large herds of buffalo and elephant and lions. Access to this camp requires 4x4 and high clearance vehicles, close by are flood plains with Acacia albida trees.

Located on the edge of the Zambezi Escarpment with spectacular views of the Zambezi Valley floor and cool breezes. There is a thatched shelter, a long drop toilet and braai stand, water from the Park headquarters 4 KM away.

Situated on the edge of a gorge, there is a thatched shelter, a long drop toilet and braai stand, water is available from the Parks headquarters 3.5 KM away. 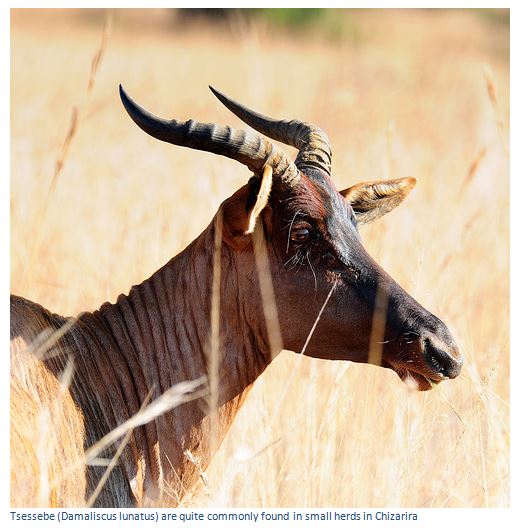 This bush camp has a game viewing platform overlooking a favourite watering place for elephant, waterbuck, buffalo, kudu, impala, zebra, and many other animal species found within the Park.

Situated on the upper reaches of the Rwizilukulu River, 6 KM from the Park headquarters, the camp is equipped with an ablution block, braai stand and raised pole and thatch bedrooms called "Ngazi" styled after the traditional shelters of the local Tonga tribe.

About 500 metres from Kaswiswi I, on the confluence of the Kaswiswi and Rwizilukulu Rivers. Equipped with a campsite and braai stand, water is obtained from the nearby natural spring. An excellent camp for birders, 4x4 vehicles are necessary for access.

Equipped with an ablution block and braai stand and situated on the banks of the Mucheni River, below the Manzituba Spring.

Chizarira's mountains and hills form part of the southern edge of the great Zambezi escarpment which rises 500 metres from the Zambezi Valley floor and the terrain is rugged, deeply incised by gorges and ravines which have been cut by local rivers over millions of years. Leopards thrive in this kind of rocky, broken landscape.  In the valleys and the occasional plains there is lush vegetation fed by clear natural springs and seeps. Eventually they merge with the low-lying Busi River which has acacia floodplains flanked by mopane and lowveld scrub.

Chizarira was once a home for plentiful black rhino, many moved here in Operation Noah when Lake Kariba flooded the Zambezi Valley. Sadly, most they were poached out during the 1980's and early 1990s and there are now none left within the Park, the remaining few were relocated to Intensive Protection Zones such as the Matusadona National Park. Poaching can make the resident elephant and lion aggressive.

Chizarira and its south-easterly neighbor, the Chirisa Safari Area is really where the elephant culling issue got under way. Some of its woodlands suffered severe elephant damage when Lake Kariba filled and this allied to the construction of tsetse fences to the south, 'compressed' elephant populations into a much smaller area than before, resulting in heavy pressure on woodlands.

It's sometimes possible to reach the Park headquarters at Manzituba during the rains and the area is very lovely at that time, but most will probably prefer the drier months from April to November.

The infrastructure of this park is not developed and there has not been much maintenance done on the roads, thus it is best to move around on foot as much as possible. For a few US$ per hour you can request a National Parks scout to accompany you, walking alone is not permitted. 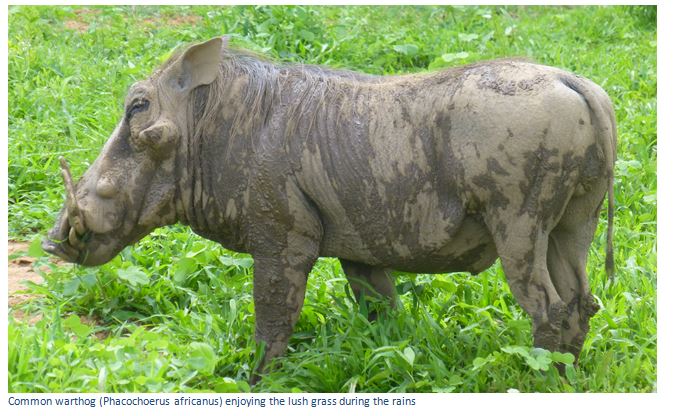 When to visit:
All year around Monday to Sunday 8:30am to 4:30pm
Fee:
Entrance and accommodation fees charged
Category:
Game Park
Province:
Matabeleland North