Some Questions and answers first

What is a canned lion hunt?

Basically it is a trophy hunt (i.e. a hunter kills a lion for the trophy) which is not “fair chase” and has been made too easy for the hunter in that the lion has no chance of escaping

How does it happen?

How do I know which Safari Parks promote canned hunting?

Beware establishments where lions are born and bred in captivity and all their needs are provided by humans (i.e. food and water) and they are encouraged to participate with humans (i.e. petted as cubs and lion walks) so that they become habituated to humans and emotionally dependent upon them

What is the problem with this?

What is prohibited by law in South Africa by TOPS legislation? (Threatened or Protected Species)

How do unscrupulous enterprises get around the law?

Why is it called canned hunting? 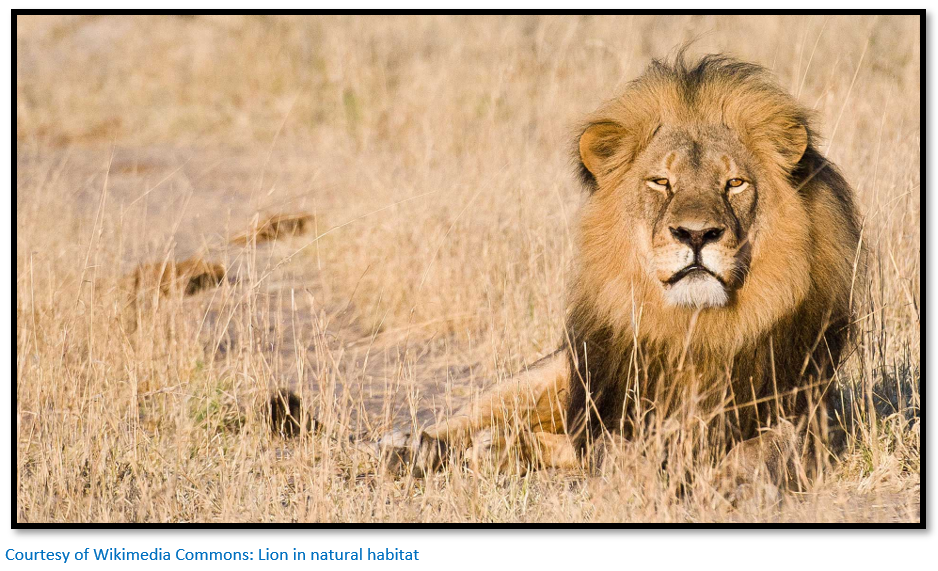 The Daily Telegraph on 15 June 2020 carried an editorial promoting Michael Ashcroft’s newly published book ‘Unfair Game: An exposé of South Africa’s captive-bred lion industry’ whose theme is that appetite in China and the Far East for wild animal parts is a grievous threat to Africa’s wildlife and that the consumption of the bones of captive lions bred in South Africa is a serious global health risk.

Lord Ashcroft writes: “My new book exposing the scandal of lion farming in South Africa is, unavoidably, full of grim and distressing details. Behind the veneer of the respectable tourist industry, thousands of big cats are beaten, drugged, starved, shot and skinned every year for nothing more than profit. The exploitation of these creatures from birth to death – and beyond – will appal readers. So will the lion trade’s links to international crime syndicates and the nonchalant attitude of South Africa’s authorities. With about 12,000 captive-bred lions in South Africa at any one time, against a wild lion population of only 3,000, this problem is growing.

While the world reels from the Covid-19 pandemic, however, one alarming consequence of this gruesome business arguably rises above the rest of the ghastliness. It elates to the zoonotic diseases carried by lions which also threaten humans.

Farmed lions are taken from their mothers when just days old and weaned on foreign milk products. This weakens their immune system. As they get older, they are subjected to a limited diet consisting of questionable abattoir offcuts and animal carcasses that are not fit for human consumption. This compromises further lions’ general wellbeing and heightens their risk of bacterial infection.

The poorer their immunity, the greater is the parasite load. For this reason, anybody thinking of petting a lion cub at one of South Africa’s tourist sites must remember they will be exposed to invisible dangers including sarcoptic mange, ringworm, toxoplasmosis, babesiosis, giardiasis, cysticercosis and E coli. To this list can be added echinococcus hydatid cysts – potentially fatal tape worms.

It does not end there. It is widely thought that Covid-19 originated in a Chinese wildlife market. A significant element of South Africa’s lion farming industry now relies upon the lucrative bone trade. The skeletons of lions and tigers are highly prized in Asia among those who favour so-called “traditional” medicines. People pay hundreds or even thousands of pounds for products which purport to contain predator bone, believing it cures conditions including arthritis or, even more absurdly, can be used as an aphrodisiac. Thousands of lion bones are smuggled out of South Africa annually to feed this market.

In China, bone wine is particularly popular. It is produced after a bone is steeped in alcohol and blended with herbs and spices. Bone “cake” is also sought-after. It is made with the glutinous residue that rises to the top of a saucepan in which bones have been boiled, mixed with herbs and perhaps other animal bones, and then turned into a bar.

Dr Peter Caldwell, a wildlife veterinary surgeon, believes a major public health incident will occur in Asia as a result of its people’s rampant consumption of lion bones. (We spoke before Covid-19 was even heard of, incidentally). He mentioned the infectious disease brucellosis, which can easily be transferred from animals to human beings. He also suggested that botulism is common in captive lions because of poor hygiene. It produces spores and toxin which can grow in dead flesh and bone. Once consumed by lions, they get the toxin. When an afflicted lion enters the bone trade, the toxin remains in its bone, so the people who exploit that lion can die a miserable, painful death. Caldwell says there are other diseases. It could even be a new disease, like Covid-19.

Or consider Professor Paul van Helden of the University of Stellenbosch, an authority on animal TB. He confirmed to me the risk of lions passing TB to humans during their lifetime and via their bones post-death. According to the World Health Organisation, 1.5 million people died of TB in 2018. Will that already daunting figure escalate via lion bones?

Something has gone terribly wrong in a country that allows lions to be bred intensively for cash and for their bones to be sent abroad for consumption. Coupled with the abuse and cruelty which is so prevalent in the lion trade, it is fair to say a stain now exists on a country that I love. The captive lion business must be brought to an end or South Africa’s reputation will sink.

‘Unfair Game: An exposé of South Africa’s captive-bred lion industry’, by Michael Ashcroft, is published by Biteback. All royalties will go to South African wildlife charities. Above quote per kind permission of Lord Ashcroft. For more information on his general work, visit: www.lordashcroft.com  For more information on his wildlife work, visit: www.lordashcroftwildlife.com 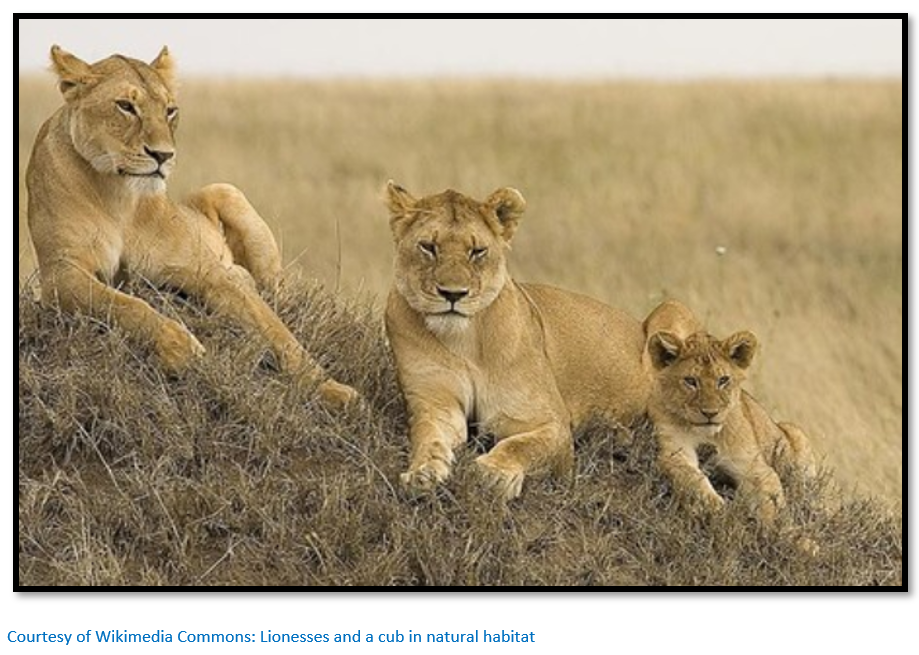 The U.S. has taken steps to regulate the captive-bred lion trade

An article by Dan Asha of the United States Fish and Wildlife Service “US bans canned lion trophy imports from South Africa” adds additional momentum to the movement that seeks to improve lion conservation in Africa.

It is becoming harder to ensure a healthy, wild lion population as Africa’s human population expands and the U.S. Fish and Wildlife Service has joined organisations, NGO’s and individuals in recognising that securing the lion’s future is dependent upon finding solutions that work for the people and communities that live in and around the lion population.

In the U.S. lions are protected under the Endangered Species Act with the U.S. Fish and Wildlife Service given responsibility for the import of live lions and also lion trophies and lion parts. The U.S. permitting requirements place a heavy responsibility on countries that wish to attract U.S. hunters to ensure that they have good sustainable management wildlife practices in place.

In relation to South Africa specifically, the U.S. has announced new policies concerning the hunting of lion trophies that will help to achieve the goals of lion conservation and to prevent their exploitation. So from 20 October 2016, the U.S. banned the import of lion trophies from captive lion populations in South Africa in an attempt to stamp out the practice and protect the lion population. 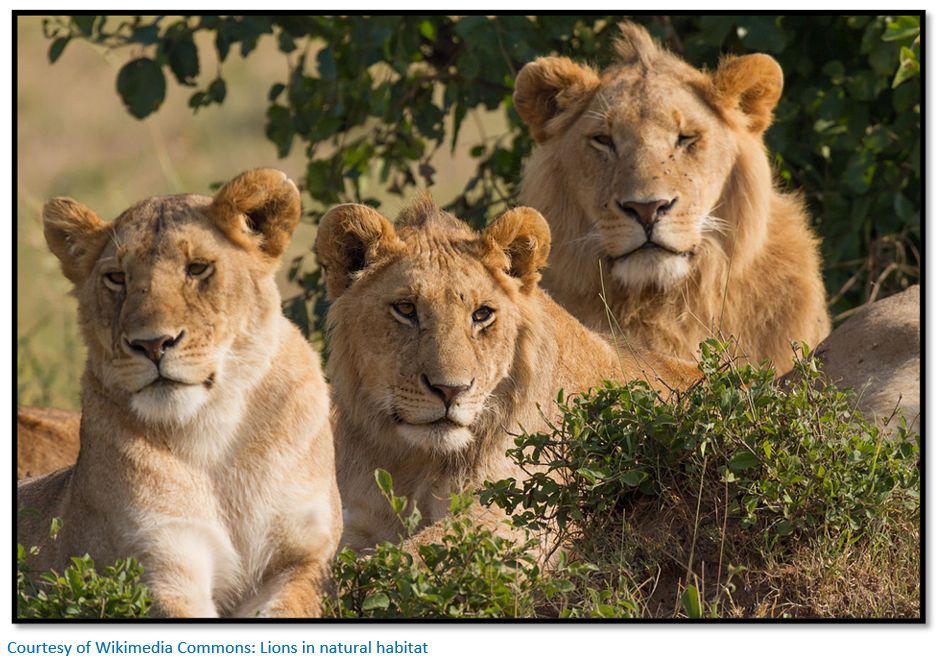 South African wildlife authorities have for years ignored the issue

Unfortunately the South African authorities fail to see the need to properly regulate the captive lion industry probably because the 12,000 captive-bred lions in South Africa generate much needed foreign exchange and create employment.

A 2017 article on the etn.travel website which highlights the issue is called:  “South Africa ignores public opinion: Gives green light to sell 800 lion skeletons to Asia” which I have quoted in full:

“The South African Department of Environmental Affairs’ (DEA) has blatantly ignored public opinion by formally approving the export of 800 lion skeletons to Asia this year. This in spite of overwhelming international condemnation from conservationists and local stakeholders.

The numbers of African free-range lions have declined alarmingly over the last few decades with only 20,000 remaining today, down from 30,000 just two decades ago. “It is irresponsible to establish policy that could further imperil wild lions,” said Dr Paul Funston, Senior Director of Panthera’s Lion Program earlier this year when the DEA first proposed its plans.

However, the DEA says the export will only be from captive-bred lions which is legal under the Convention in the Trade of Endangered Species (CITES). Lions in South Africa are listed under Appendix II which means their products can be traded internationally but only “if the trade will not be detrimental to the survival of the species in the wild.”

The DEA believes that the sale from captive-bred lions will reduce the Asian appetite for wild lion parts from a growing market for exotic products such as tiger-bone wine. Lion bones have lately been sold off as tiger bones since the latter have become extremely rare due to the scarcity of tiger bones.

But says Funston: “South Africa’s lion breeding industry makes absolutely no positive contribution to conserving lions and, indeed, further imperils them.” A report in 2015 revealed that there is significant evidence that South Africa’s legal trade in captive-bred lion trophies is accelerating the slaughter of wild lions for their parts in neighbouring countries.

In 2016, according to Panthera, 90% of lion carcasses found in the Limpopo National Park in Mozambique had all their skulls, teeth, and claws removed while rates of poisoning lions specifically for bones increased dramatically in Niassa National Reserve in northern Mozambique. In Namibia, 42% of lions killed in the Caprivi had their skeletons removed.

South Africa has been selling lion bones to Asia for the past few years. According to wildlife investigator, Karl Amann, the trade is fuelling the demand in Asia. In 2009, 700 lion skeletons were legally sold to Laos according the CITES trade data. The south-east Asian country now dominates the lion-bone market. Amann says lion bones arrive in Laos but are then illegally exported to Vietnam without the requisite CITES export permits. Here they are boiled down, compacted into a cake bar and sold at a price of around US$1,000 to consumers who add it to rice wine.” 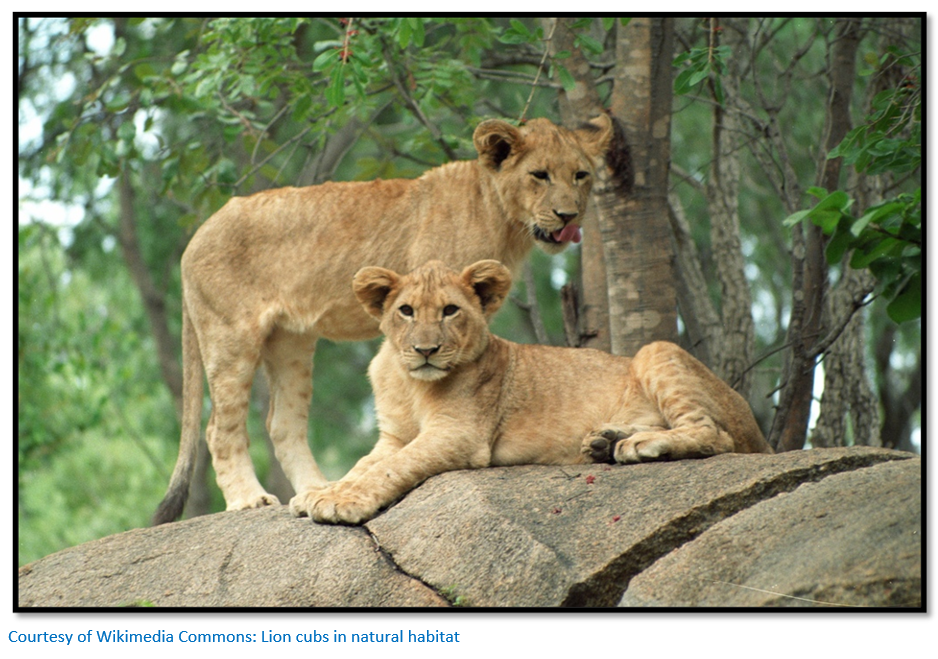 The DEA’s move is widely regarded as open support for the controversial practice of canned lion hunting. A captive lion breeder – one of 300 in South Africa – can be paid anywhere from US$5,000 to US$25,000 for each lion permitted to be shot. Now they can add an additional $1,500 per skeleton permitted to be sold to Laotian buyers.

In January, the DEA was accused of not giving the public time to object. Michele Pickover, Director of the EMS Foundation, says the DEA has not been transparent in the manner in which it has set the proposed quota. The DEA initially made the decision without public consultation in January but were forced to hold a stakeholder meeting to comply with CITES quota conditions. The meeting, publicly announced on 25 January and held just one week later, left virtually no time for popular comment, submissions or intervention.

“One has to ask what the DEA’s internal processes are for properly, carefully and accountably assessing the merits of the submissions they receive. It looks like they have totally ignored the input by a number of NGOs against the quota,” says Pickover.

Pickover has accused the DEA of commodifying wild animals “to such an extent now that they are blatantly ignoring their mandate in relation to biodiversity and conservation.” 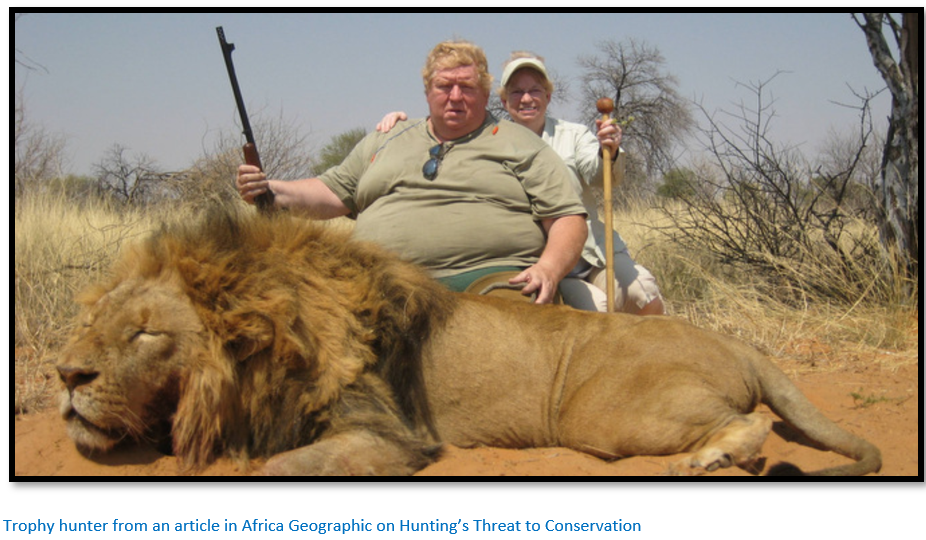 #savelions: What is canned lion hunting? The Lion Whisperer