Home > Masvingo > The uses of cattle in Shona Society

The uses of cattle in Shona Society

Cattle play a vital role in Shona society and some of their functions are described here.

Cattle, particularly oxen, are used for labour. This happens when a team of oxen is spanned in pairs on yokes to which chains are attached. At the end of the chains are hooks that are used for hooking on sleighs or other burdens. A sleigh is a forked piece of wood. At the point where the two branches of the sleigh meet, an iron is nailed in a back slanting position. The chain from the yoke is hooked into this iron.

Oxen are also used to pull carts and ploughs. While oxen are connected to ploughs and sleighs by chains, they are connected to a cart by a piece of wood long enough to leave a convenient distance between them and the cart.

Cattle are one of the main sources of finance in Shona society. People who are unemployed get money by selling their cattle. A number of decades ago, roora was paid entirely in cattle. Even today, roora is considered incomplete without one or two cattle for the bride’s parents. If the groom's parents have no cattle, they may ask permission from the bride’s parents to use money in place of cattle. Cattle charged for roora are usually equivalent to a sum of $10 each.

Apart from labour and finance, cattle play a major part in providing manure for the fields. Those who cannot afford to buy fertilisers depend on cattle manure. Agricultural demonstrators advise people to improve the quantities of manure by adding grass, maize stalks and leaves to cattle kraals so that the cattle may tread on these, mixing them with dung and urine. Such a mixture becomes valuable manure. Other people dig pits near the cattle kraals and connect these to the kraals with furrows so that during the rainy season no manure ‘soup’ runs away. Either grass or leaves are put in the pits to oxidise into a rich manure.

People who cannot afford cement for flooring their homes use fresh cattle dung for this purpose. The floor is first trampled with anthill soil to make it hard and then dung, in porridge form, is smeared on the floor to harden it.

Cattle provide the Shona as well as other communities in the world, with one of the most nourishing foods - milk. In Shona homes milk is often used after it has become sour. Nowadays, fresh milk is used for tea. The Shona sometimes use milk instead of water for making sadza. The Manyika called this sadza mudzamba and do not need relish or meat to accompany it because it is very tasty. Cattle also provide meat for the Shona people.

In most Shona families, a bull is selected for the ancestors (vadzimu) Beer is brewed and a speech made by an elder of the family presenting the bull to the Vadzimu. Beer is splashed onto the bull’s body causing the bull to shake its head. This reaction by the bull is taken as a sign that the vadzimu accept the bull. When this happens, the family is contented. These pools are never used for labour except in times of emergency and only after permission has been obtained from the vadzimu. At funerals, cattle are slaughtered to feed the mourners.

Cattle skins are used largely for making ropes and string used in spanning oxen. The skin, when still fresh, is dried in the sun and later plunged into water to facilitate slicing it into ropes. It is then processed for several days with oil to make it soft and pliable when dry. These ropes are also made into whips.

Skin from a calf is processed in the same way and is mainly for drums, pressure skins for bellows and mats for people to sit on. The scrotum of a bull is used as a purse or for storing snuff tobacco. The bushy tails of cattle are used by Ngangas. Horns are used as blow pipes during traditional dancing and ceremonies to provide music for the mashavi (spirits of divination)

Indeed, cattle play a vital role in Shona society and to be without cattle would be burdensome and awkward for a Shona. 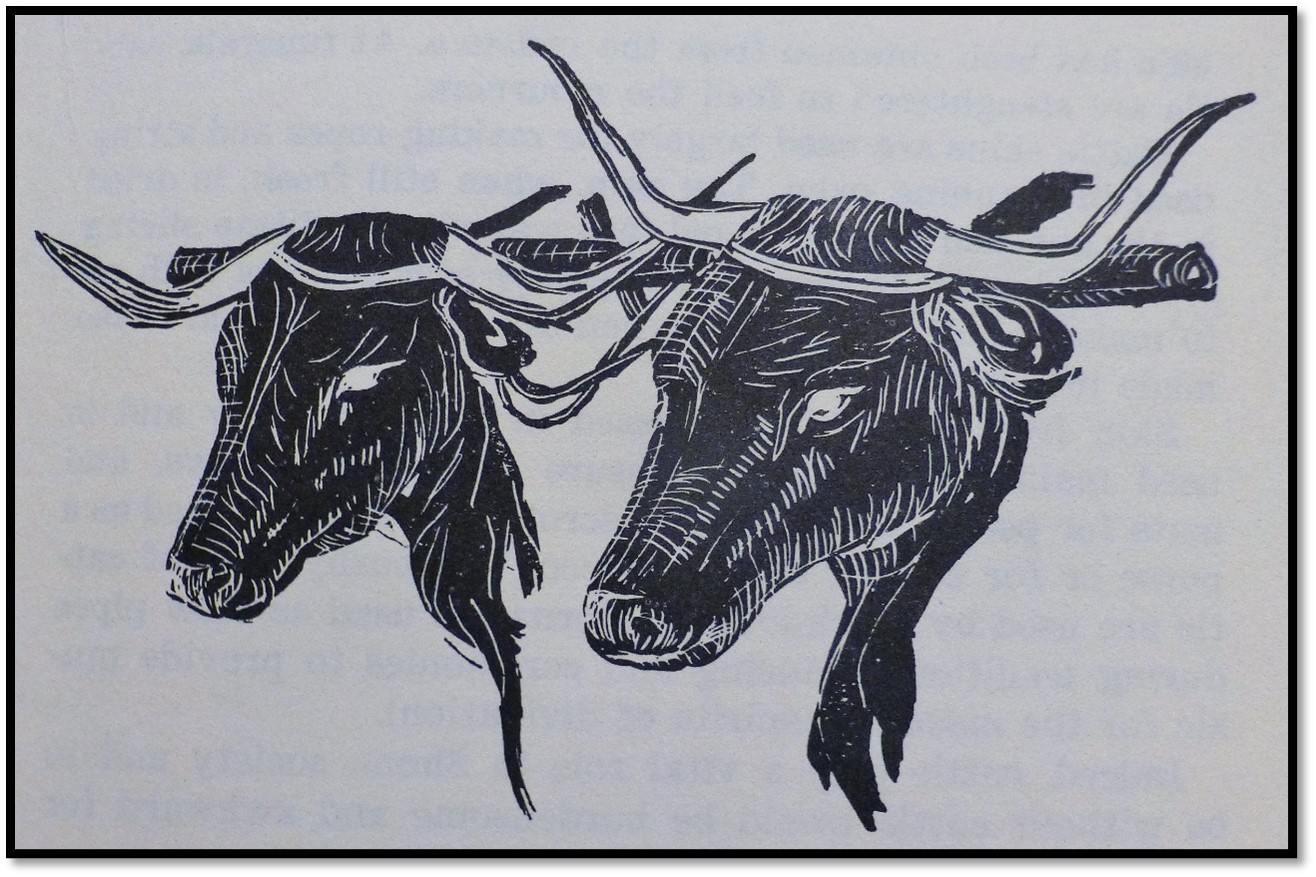