The Savé Valley Conservancy is in the south-east Lowveld of Zimbabwe, approximately 150 kilometres south of Mutare.  The Masvingo Mutare road (A9) forms the northern boundary and the Savé River runs the entire length of the eastern boundary.  Communal lands form the western boundary of the Conservancy, and the Mkwasine River roughly defines the southern boundary which touches the A10 road to Chiredzi.

The Savé (pronounced Sah-vey) Valley Conservancy is located in the south-east lowveld, about 70 Kilometres by road from Chiredzi. In the 1920’s the Savé Valley was stocked with cattle farms which forced out the wildlife; the entire ecological balance and wildlife balance was out of sync and over time the environment became overused and infertile. The Conservancy was formed in 1991 by many land owners joining together with a common purpose: to improve and promote wildlife management and conservation and it has become the largest conservancy in the world. 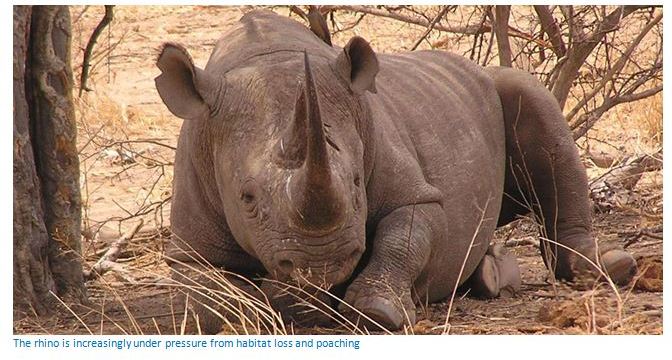 The owners believed that by decreasing the number of cattle and introducing the original wildlife back to the area it would help to restore the natural balance. The area is ideally suited for wildlife to thrive, and with international backing has also provided an excellent area for the distribution and protection of endangered species such as the Lichtenstein’s hartebeest, the roan antelope, and protecting the black and white rhino from extinction, private game safaris, limited hunting concessions and multi species research. Unfortunately the original perimeter fence was destroyed by illegal settlers; but a 330 kilometre electric fence now surrounds the entire Savé Valley Conservancy of 3,200 Kilometres² formed by combining 24 adjoining farms.

The thousands of hectares of this harsh lowveld include rocky kopjes and riverine plains, mopane woodland, huge baobabs and acacia thickets in which herds of buffalo, elephant, impala, and rhino wander amongst the remains of ancient culture in the form of granite Iron Age walls and San rock art paintings. 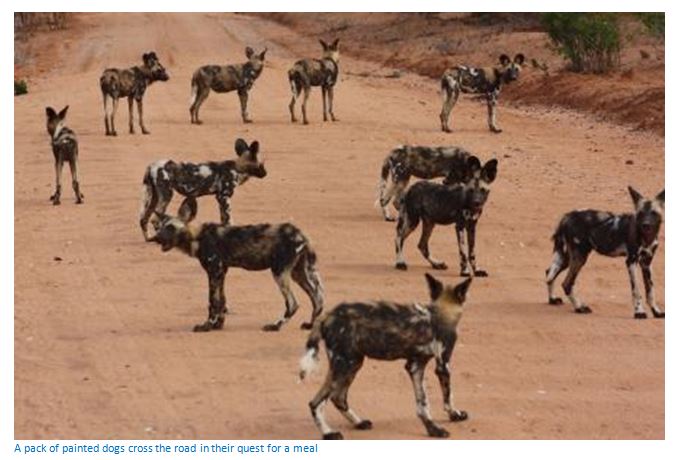 Clive Stockil, one of Zimbabwe’s leading lights in the field of conservation and founder of the CAMPFIRE project (Communal Area Management Programme For Indigenous Resources) was awarded the Tusk Trust Lifetime Achievement Award in 2013 for his life-long work in the area, with the award being presented by Prince William. The Save Conservancy has drawn support from the World Wildlife Fund and investors from Europe and United States who are protected under bilateral investment agreements with the countries involved. Its breeding and conservation successes put it in a position to help restock other nature preserves across the nation suffering from poaching. Earnings from its operations are channelled into five neighbouring rural districts, supporting thousands of villagers by allowing them to sell their arts and crafts to visitors and employing at least 800 workers in the Conservancy.

However, all these positive outcomes were compromised in 2012 when Zanu PF loyalists, particularly from Masvingo province, invaded and parcelled out the Conservancy amongst themselves before embarking on an orgy of wildlife hunting, amongst them a former deputy minister who grabbed Savuli ranch within the conservancy and poached many animals including rhinos, sparking local and international outrage. Conservancy members had their own commercial hunting licenses cancelled, whilst the twenty-five connected political individuals who had no past relationship with wildlife, were allocated land and hunting licenses. At the time Willy Pabst, deputy head of the conservancy said "Let's end the madness of a few. We cannot host the United Nations World Tourism Organization August 2013 Summit and on the other hand destroy one of Zimbabwe's tourism jewels because a few want to lay their hands on the treasure."

In September 2014 those same political bigwigs and senior military officials were being kicked out after all their 25-year leases that were issued under the wildlife-based land reform programme were withdrawn on the grounds these same beneficiaries also owned A2 farms elsewhere. The Minister at the time said he hoped withdrawal of the leases would benefit communities around Savé Conservancy; however the land grab threat still remains.

Ongoing research to protect and preserve the restored environment within SVC includes the following projects:

As a Non-Profit Organisation the Savé Valley Conservancy relies on donations and revenues generated for all their projects and research to protect endangered wildlife.

Local Safari and Hunting operators within the Savé Valley Conservancy include:

Senuko Safari Lodge (savevalleyconservancy.org) meaning “The place where animals drink” has eight twin-bedded chalets with open fronts and roll-down screens, allowing visitors to look out over the countryside. Each room contains two four-poster beds and has an en-suite bathroom with a bath and a shower.  The lodge is built with local hardwoods and blended into a granite hill giving it a unique character. The communal area consists of a small swimming pool with a sundeck and a patio where visitors relax in the evening with a drink before dinner; the central dining room and bar have panoramic views over the local area.

Sango Lodge (www.sango-wildlife.com) comprises four private eco-suites constructed of stone, wood and glass and integrated into their surroundings of baobabs and boulders. They each have a luxurious bedroom and en-suite bathroom, lounge and outdoor shower with private patio. The communal facilities include a library and bar area with an open fire place and swimming pool. For the more adventurous, there’s a luxury tent camp with each of the three tents permanently situated and furnished with an ensuite bathroom and a private deck.

Mkwasine Safari Camp (www.savevalleyconservancy.org) is sited on the banks of the Mkwasine River within an exclusive 30,000 acre private concession in the Save Valley Conservancy. The four large East Africa style tents, each have two 3/4 beds and an ensuite bathroom with shower, basin and flush toilet. The main lodge is thatched with a lounge and dining area and a fire for those cold winter nights. It overlooks a permanent pool in the Mkwasine River and is a great place to sit in the evenings under the stars and recount the adventures of the day.

Mokore Camp (www.mokoresafaris.com) is both a hunting and safari camp situated on the banks of the Turgwe River in the heart of the Savé Valley Conservancy and consists of six luxury stone under thatch chalets with en-suite bathrooms.  The dining area with its wooden deck has a picturesque view of the river and is shaded by a canopy of large Nyala Berry trees. Their Sengwa Camp consists of three East African safari style tents which are en-suite and a central dining area is sited on a big bluff overlooking the Sengwa River.

Samanyanga Lodge (www.mazungasafaris.com) is situated in the Bubye Valley Conservancy (previously Lemco Safari area) which is over 340,000 hectares in extent in the south-western Zimbabwe. Mazunga Safaris operate seven camps, mostly tented camps. Samanyanga lodge is concealed by a canopy of riverine forest consists of six tented chalets accommodating 12 guests on raised wooden platforms, bathrooms are ensuite, with hot and cold running water and flush toilets. The central lodge overlooking the Bubi River is intimate and personal with its proximity to nature being the main feature of this wilderness retreat and is an ideal for relaxing holiday’s and small conferences. We currently operate 7 camps with guest accommodation comprising thatched rondavels/chalets. The rooms are lit by either 12 volt or electrical generator and a wide range of wholesome meals are prepared by talented chefs at each camp.

When to visit:
All year around Monday to Sunday 8am to 5pm
Fee:
Entrance and accommodation fees are payable
Category:
Game Park
Province:
Masvingo