Home > Masvingo > A rainmaking ceremony and the burial of a Chief

A rainmaking ceremony and the burial of a Chief

In 1968 there was no rain in the lowest Sabi Valley. The soil was sun-baked and the whole Valley seemed to be a wilderness: cattle, goats and other animals died by the hundreds. It was mid-November when our chief summoned his people to prepare the maganzva ceremonial beer. He accused the people of despising their God and told him to confess. In seven days the beer was ready to be taken to Mount Chinenga for the ceremony.

On the eighth day, a Sunday morning, people were threading their way along the meandering path to the summit of the flat-topped Mount Chinenga. All were dressed in black as though taking part in a funeral possession. The chief himself, with his glittering knobkerrie and a hat was leading the way; at the back of the line was the Chief’s N’anga. The precision walked silently, women with pots of beer and men with casks of sweet beer.

When they arrived at the top, they made three turns round the stone altar. After this, all knelt down and Chinotomba the N’anga, began a long, rambling prayer while the chief nodded as though satisfied. After prayers, an old copper cup, perhaps a gift from Rhodes, was produced from a cave. The chief then gave each one a cupful of beer and to each child he gave sweet beer. The beer considered to be the best was left for the ancestors in the cave. After the beer drinking, Chinotomba sang a traditional song. He started by humming, then in a faint voice began to sing and finally the song burst out at the top of his voice. “Mvura ngainaye heya; Tinokumbira Musiki” (Rain must come, Oh, we beseech thee, Creator) Everybody was dancing, leaping up and some were raising dust in the air.

That day rain came, but it is said that in the past the people used to be dispersed by rain. The chief and those of us who were present took it for granted that our prayer was heard. 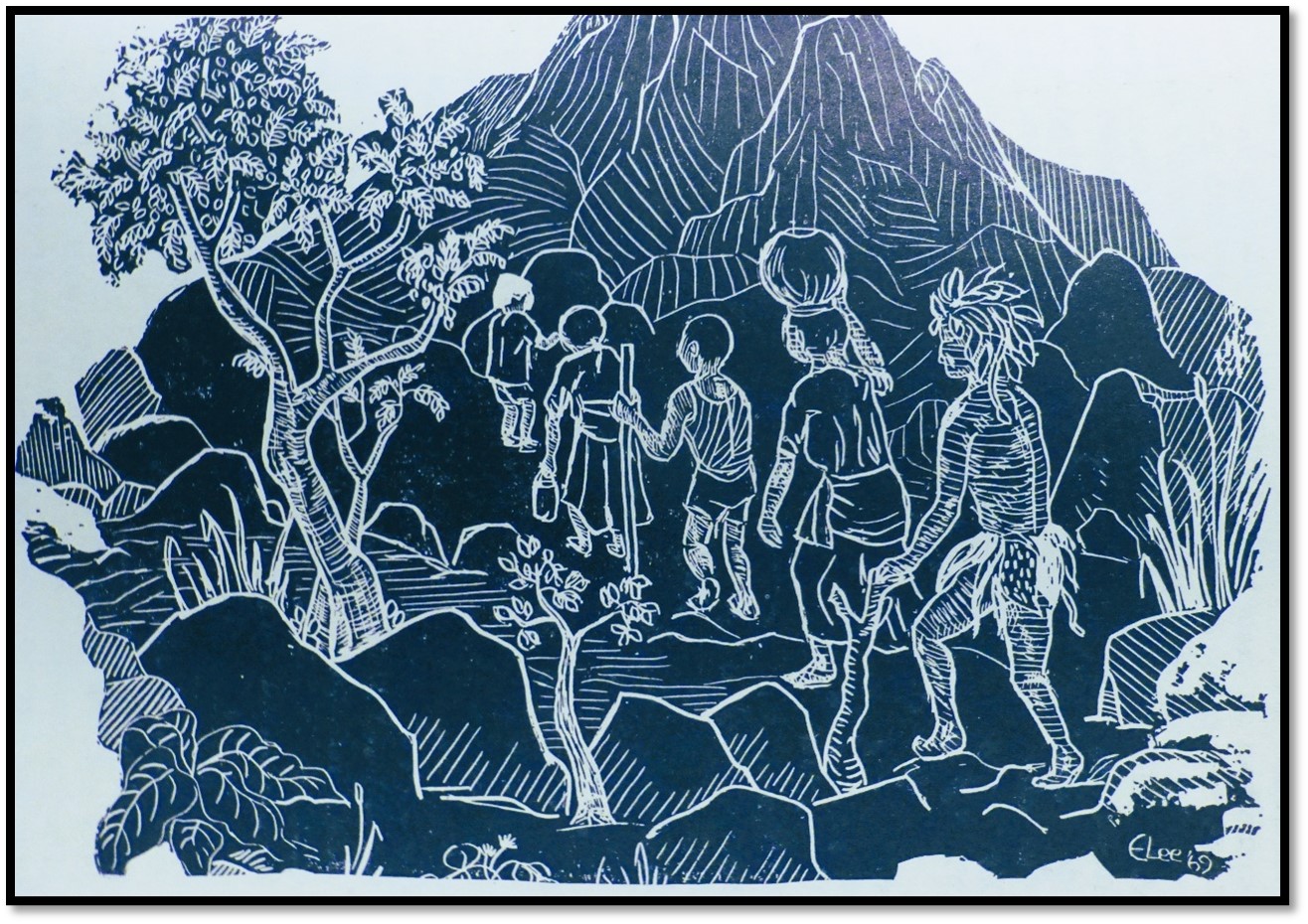 Burial of a Chief

Another ceremony which is still in existence today is a funeral ceremony of chiefs. Three years ago, our chief, Chinzou died. Nobody was told about the death. His advisers embalmed him in a crouching position to make it easy to carry him on their backs to the burial place in the mountains. Ten of his advisers were sent to bury him. They carried his body on their backs, up the mountain and in difficult places they had to hand the corpse up to each other until they reached the caves. Inside the cave they made a stone throne and placed him there among the other chiefs who had died long ago. After the burial they returned home and began beating drums to notify the people that the chief was dead.

When the people heard the drums, they knew that their chief had died. Women put on raffia skirts and men wore wide, torn trousers. Within half an hour they were making their way to the house of the dead chief. They danced, women brandishing dancing axes and men leaping with spears in their hands. A stranger would think it was a wedding party, yet it is a  traditional ceremony which has been passed down through generations and is continued to prevent some evil from occurring.

Among the Shona people, many traditional ceremonies performed by our ancestors are still continued today.