The current poaching situation has reached crisis proportions in many countries of the world, but especially Africa. South Africa alone has lost more than 1,215 rhinos to poaching in 2014. The whole of Zimbabwe has less than 600 rhinos are left. The fact is that with the combination of an unpredictable economy, inefficient laws and a lack of awareness at international level the number of animals being poached annually will lead to the senseless extermination of countless animal species.

Putting pressure on different countries in the world to tighten penalties for convicted poachers and to prevent the illegal trade in ivory has shown only limited success. When the sanctions were lifted in 2008 in order to permit the sale of 109 tons of ivory, the black market trade, particularly in Asia, was revitalised. This led to a slaughter of wildlife in dimensions that are impossible to grasp if one has not witnessed it personally.

Whilst pressure is brought to bear at the highest political level, a daily war is being fought on the ground. Heavily armed poachers dominate large areas and disregard everything and everyone that gets in their way. Any decrease in the work of anti-poaching units in a region immediately leads to a rapid decline in endangered species. Unfortunately, many of the affected animal species live in politically unstable regions that provide insufficient funds to counteract the threat. In areas where, foreign grants allow effective anti-poaching work to be maintained, the animal populations thrive because poaching is eliminated.

In areas that are vulnerable to poaching, there is an urgent need for effective counteraction. Only through the constant presence of assertive anti-poaching units can we hope to protect what is left of the wildlife, until governments are in a position to take over and develop effective alternatives. Anti-poaching methods have proven to be highly effective, but only if they are maintained by sufficient funds, the proper use of existing resources and commitment at grass roots level.

Many conservation organizations are currently concentrating on climate change, which is at the focus of international attention. At the IAPF we are convinced that the problem of poaching will be addressed sooner or later. But we are very concerned and wonder how long it will take for the necessary attention to be paid to the problem and what consequences this will have?

Wildlife crime is sweeping the planet. The illegal trafficking of wildlife is now one of the world’s largest criminal industries, with repeated links to terrorism networks. High Target Species such as elephant and rhino are being hunted to extinction. These animals are the most difficult to protect, as poachers go to the most extreme lengths to kill them. If we can safeguard these animals, then entire ecosystems are protected. Anti-poaching rangers form the first and last line of defence for nature. Without the right training, equipment, management and support they cannot defend the World’s natural heritage for future generations.

Rhinos were once abundant throughout Africa and Asia with an approximated worldwide population of 500 000 in the early twentieth century. However, despite intensive conservation efforts, poaching of this iconic species is dramatically increasing, pushing the remaining rhinos closer and closer towards extinction. The Western black rhino was declared extinct by the IUCN (International Union for Conservation of Nature) in 2011, with the primary cause identified as poaching. In fact, all five remaining rhino species are listed on the IUCN Red list of threatened species, with three out of five species classified as critically endangered. 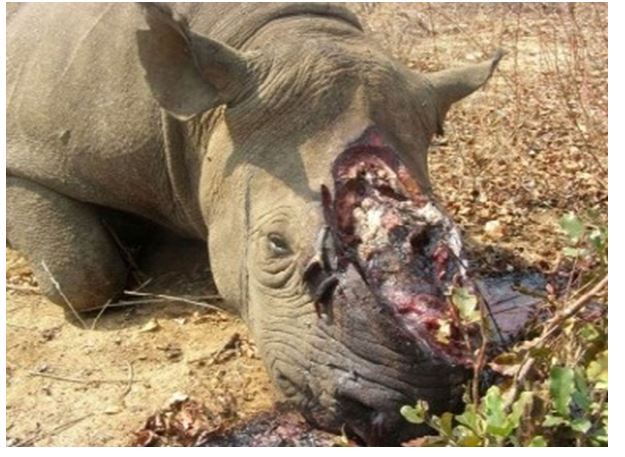 South Africa which has by far the largest population of rhinos in the world and is an incredibly important country for rhino conservation. However rhino poaching has reached a crisis point, and if the killing continues at this rate, we could see rhino deaths overtaking births in 2016-2018, meaning rhinos could go extinct in the very near future. Figures compiled by the South African Department of Environmental affairs show the dramatic escalation in poaching over recent years. 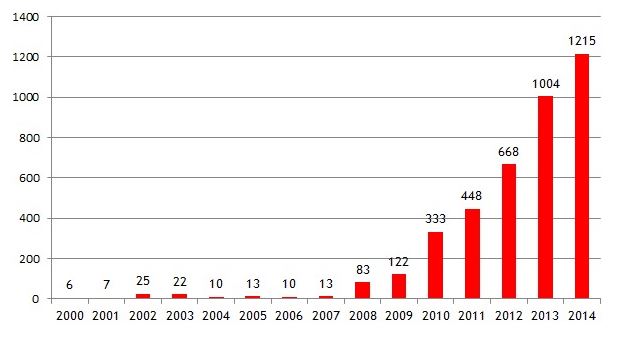 The rate at which elephants are being killed in Zimbabwe is truly disturbing. Reported cases in the first half of October 2015, fourteen were killed, three in Matusadona and eleven in Hwange National Park. Another sixteen were found dead in Lupane and ten in Chakabvi in Nyamatela. Fourteen tusks were recovered, but the other tusks were taken by the poachers. Thirty six carcasses were found near Sinamatella in Hwange National Park in the Dzivanini area. This totals 76 elephants killed in the past 2 weeks. . Many of these elephants have been poisoned with cyanide which kills silently. The problem with cyanide poisoning is that other animals are killed as well. Many vultures and hyena are being found poisoned after eating from the carcasses of poisoned elephants.

Zimbabwe Parks and Wildlife Management Authority has called for stiffer penalties for poachers following the discovery of the elephant carcasses. Cyanide is used by gold mines for processing the ore and is easily stolen so that poisoning is a growing problem in the country since a mass poisoning in october 2013 resulted in upto 100 deaths. Prison sentences imposed on local Zimbabweans for poaching have ranged between 5 and 15 years. 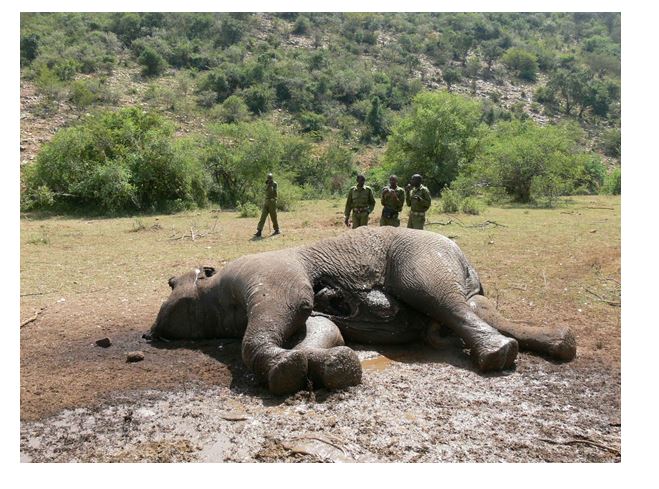