The dam wall of Lake Mutirikwi (formerly Lake Kyle) is 14.5 KM from the turn-off to Great Zimbabwe along a tarred road that twists its way along the lake shore and becomes Murray MacDougall Drive.

The dam was constructed in 1960, the same year the Recreational Park was established. The primary reason for the construction of Kyle Dam was to act as a reservoir to irrigate the vast citrus and sugar estates of the Lowveld, based around the towns of Chiredzi and Triangle and because Lake Mutirikwi's total annual yield of water is committed, the level of the lake is subject to considerable fluctuation. 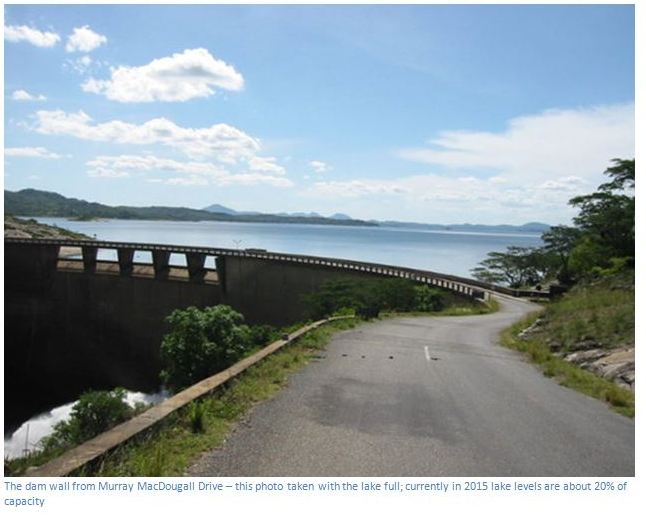 At one time many anglers would enjoy fishing in the lake and regular angling tournaments were held along with a power boat regattas and sailing competitions. Indeed, the Clubs for these activities are still dotted around the lake, but today very little activity seems to occur, due to a combination of the economic recession and the low water levels. There is still an Aquatic Research station sited near the Recreational Park and fish found in the lake have included: Largemouth bass, Nembwe, Greenhead bream, Sabi / red breasted bream, Limpopo sardine, Three spot minnow, Spotted minnow, Straight fin barb, Mottled eel, Eastern bottlenose, Smallmouth yellow fish, Red-eye mud sucker, Catfish or barbell and Banded bream. 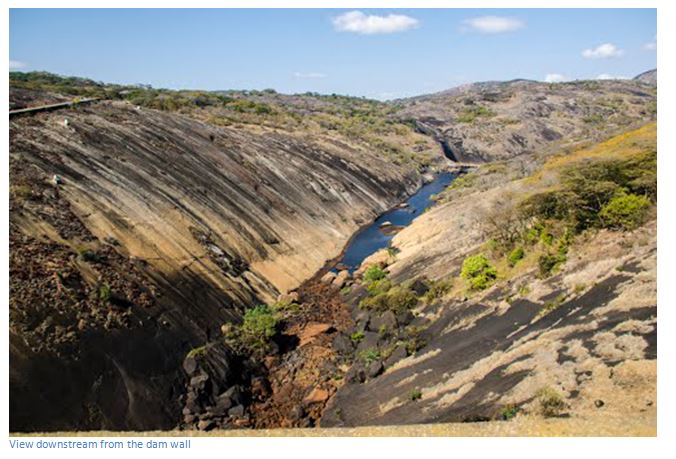 The dam wall height is 63 metres with a base of 7 metres thick, the surface area of the lake is 91,000 hectares and the shoreline is 240 kilometres long.  The annual release of water is generally over eleven million cubic metres with an annual amount dedicated to the sugar estates. Lake Mutirikwi, when full is the second largest expanse of open water in Zimbabwe after Kariba and has the Mucheke, Machaba, Mutirikwi, Popoteke, Umpopinyani, Makurumidzi and Shagashi Rivers feeding into it.

Recent Information reveals that Lake Mutirikwi’s water levels have consistently been below 20 percent, a development likely to impact negatively on the various aquatic life. Local environment and ecological experts describe the situation as extremely worrying as Government appears unconcerned, or pre-occupied with other issues. The water level fluctuates due to irrigation demands from the Lowveld for sugarcane production, the seasonal rainfall and the fact the lake is handicapped by a relatively small catchment area. The 1980's drought drastically reduced the water level, but it recovered during the 1990s, but has since fallen to dangerously low levels. 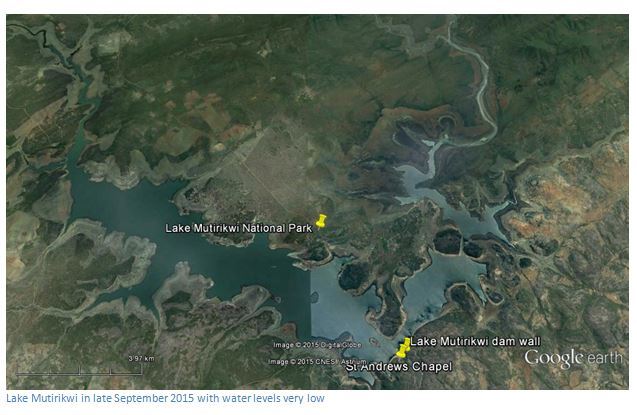 Local officials of the Mutirikwi Sub-catchment Council also say there have been no good rains for the past few years and that upstream cultivation by newly resettled people in areas within the 10 kilometre buffer zone of the Lake and its catchment area are contributing to deforestation.  The resulting siltation combined with forest fires have become the norm, resulting in massive destruction of aquatic life and human livelihoods, including commercial fishing on the lake.  The protection of the catchment area would ensure that the dam and natural resources continue to provide long-term benefits with the forests acting as safety nets to water related risks and supporting the hydrological cycle. “Careful management of our catchment is important to ensure our present and future livelihood needs.”

When to visit:
All year around
Fee:
Entrance free, but fishing and boating licence required
Category:
Scenic
Province:
Masvingo