Most of the information found below is from the Gonarezhou Conservation Trust (GCT) website and I would urge visitors to the national park to check it out prior to visiting. The Trust’s efforts from its joint partners, Zimbabwe Parks and Wildlife Management Authority (ZPWMA) and the Frankfurt Zoological Society (FZS) plus the commitment of long-term funding from the Legacy Landscapes Fund (LLF) will undoubtably transform Gonarezhou into a wildlife haven and model for conservation efforts. 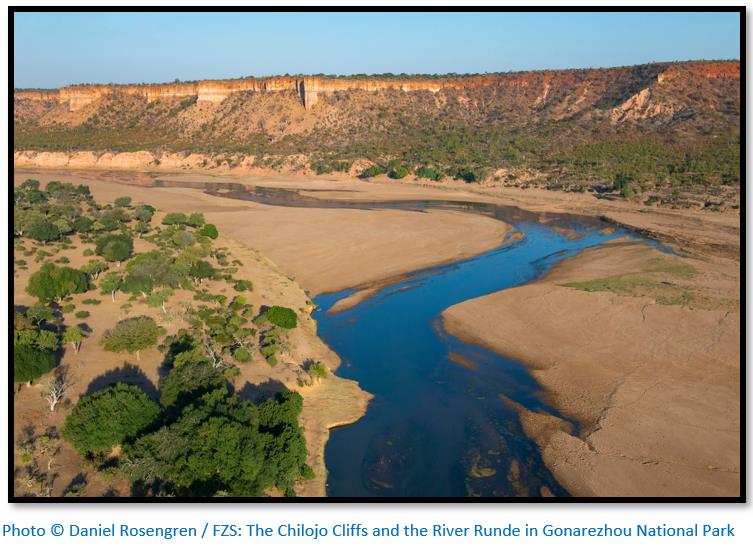 The status of Gonarezhou

The Gonarezhou Conservation Trust (https://gonarezhou.org) is a conservation partnership between the Zimbabwe Parks and Wildlife Management Authority (ZPWMA) and the Frankfurt Zoological Society (FZS) that has developed a strong relationship over 9 years of support by FZS for Gonarezhou. The Trust is directly responsible for management of the Park for a period of 20 years and became fully operational on 1st March 2017.[iii]

In its park vision the trust states it will protect and conserve the wilderness, biodiversity, ecological processes, wild and scenic landscapes within the park boundary. The park’s exceptional resource values will be sustained for present and future generations, while supporting its role in the Great Limpopo Transfrontier Conservation Area and regional economic development. The culture and history of the Shangaan people will be recognised as one of the key components of the park.[iv]

The trustees are made up of equal  numbers from ZPWMA and FZS. A key aim of the partnership is that Gonarezhou becomes more financially self-sustainable to secure its long-term conservation viability – all income earned by Gonarezhou is retained and reinvested in its management.

The Frankfurt Zoological Society (FZS) has some 30 projects in 18 countries world-wide that are dedicated to the protection of outstanding wilderness areas and national parks and to preserving wildlands and biological diversity in the last remaining wilderness areas on the planet.[v]

Who is providing these funds?

Legacy Landscapes Fund (LLF) is now funding four important conservation sites in Africa, as well as projects in South America and Asia. They are in Africa:[vi]

The last two were approved as additional sites supported by LLF in late 2021. Conservation activities on site will be implemented jointly by the protected area authorities, local communities and by experienced conservation organizations: African Parks in the Republic of Congo and Frankfurt Zoological Society (FZS) in Zimbabwe.

The LLF, set up in 2021, is a public-private fund established as a charity under German law to help close the funding gap for biodiversity conservation and includes the French and German governments, Germany’s KfW Development Bank, France’s Agence Francaise de Developpement (AFD), the International Union for Conservation of Nature (IUCN) and the World Wide Fund for Nature (WWF)[vii]

What are the funds for?

Gonarezhou will use the annual income to help sustain its operations such as ranger patrols, equipment maintenance and every day needs and to fight poaching. A spokesperson for the Frankfurt Zoological Society (FZS) Dagmar Andres-Bruemmer said: “The idea of the Legacy Landscapes Fund is to provide a reliable funding for basic operations in a protected area…and the donation to Gonarezhou… is “funding ‘to keep the lights on’ in difficult times.”

Clearly with the Covid-19 pandemic, tourism income has dwindled almost to zero and the fear has been that even basic patrolling by ranger patrols would be reduced due to lack of funding with a pick-up in poaching. It is common knowledge that Zimparks has been underfunded and under-resourced for years. The national parks and their wildlife are the jewel of Zimbabwe, but current political leaders, as far as natural resources are concerned, are concentrated on the cash cow of artisanal gold mining and smuggling as much of the product out of the country to South Africa and Dubai.

What is so special about Gonarezhou?

It is Zimbabwe’s second largest reserve, the Gonarezhou national park covers 5,035 square kilometres (1,944 square miles) in the country’s remote southeast. It was established in 1934 as a Game Reserve and proclaimed as a national park in 1975.[viii]

The national park is situated in the Southeast of Zimbabwe on the border with Mozambique, its spectacular landscape features scenic sandstone cliffs, wide meandering rivers including the Save and Mwenezi rivers on the eastern and western boundaries and the Runde river flowing through Chipinda pools. At the Save / Runde confluence are the Tembwehata and Machaniwa pans and the park has other seasonal pans and extensive woodlands ranging from mopane to miombo. Towards the heart of the park, the widely-known Chilojo Cliffs reach a height of up to 180 metres. The national park on the west is bordered by the Malipati safari area, on the northern boundary the Malilangwe Trust is sandwiched between the Matibi and Sangwe Communal lands.

Together with neighbouring national parks in South Africa and Mozambique, Gonarezhou is part of the Greater Limpopo Transfrontier Park (GLTP – established in 2002) which covers a cross-border protected area of around 35,000 km². Mozambique and South Africa have been making good progress, Zimbabwe has been lagging due to lack of resources, but the new initiative hopefully will allow progress to be regained. It is in turn surrounded by the Greater Limpopo Transfrontier Conservation Area (GLTFCA) which incorporates national parks, private land and concessions and communal areas in all three countries, spanning around 100,000 km².[ix] 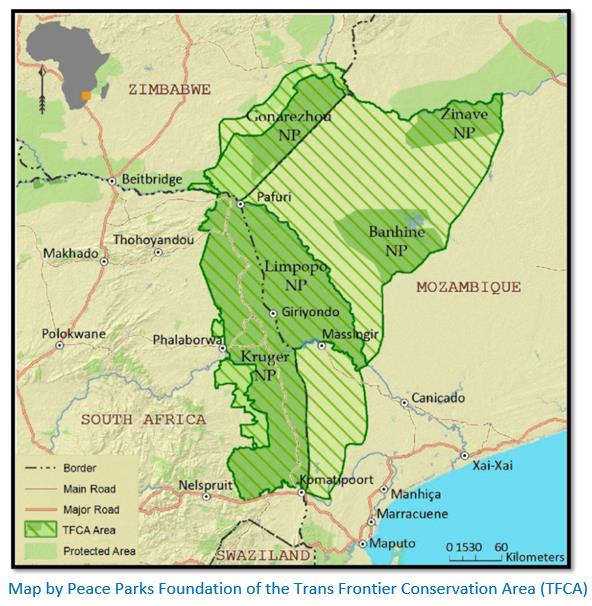 With the name Gonarezhou meaning “the place of the elephant” in Shona, it is fitting that the last count revealed it is home to at least 11,000 elephants as well as to black rhinos, whose numbers are kept secret for security reasons. The national park has a unique wilderness character with a growing reputation as a destination for quality wildlife sightings.

Fifty fish species have been recorded in Gonarezhou, mostly found in the Save and Runde rivers, but it is believed that recent declines in water quality and flow patterns of the major rivers may have reduced this number. The killifish (Nothobrancius fuzeri) has historically been only found in pans of the Guluene/Chefu catchment, along with the marble lungfish (Protopterus aethiopicus)

The bird checklist of 400 species includes 92 species regarded as ‘likely to occur.’ The bird list includes 13 species that are rare or of limited distribution and of conservation interest and include the lappet faced vulture. 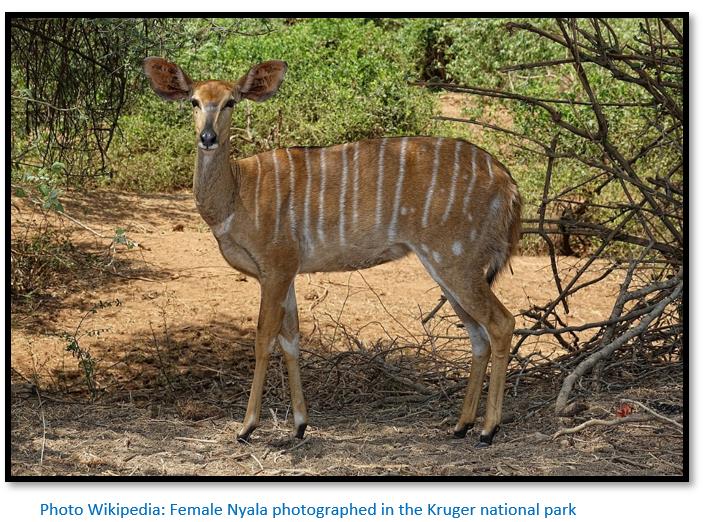 The Great Elephant Census showed significant elephant population declines in key wildlife areas in Zimbabwe such as Mana Pools and the Sebungwe regions over the last 10 years, but in contrast during this same period Gonarezhou recorded a 130% increase in its elephants numbers. At more than 2 elephants per km² Gonarezhou national park now has one of the highest elephant densities on the continent. For an article on elephant poaching in the area in 1910-1930 read the article Crooks Corner under Masvingo province on this website.

Estimated numbers of all elephants, buffalo, eland, kudu, giraffe, impala, waterbuck, zebra, giraffe, warthog, wildebeest and nyala within the Gonarezhou national park have all increased since the 1992 drought, with only ostriches reducing in number.

Gonarezhou has twice lost its black rhino population with the last of the original population having gone extinct by the early 1940’s. A total of 77 black rhinos were released into the national park between 1969 - 1971, with the population building to more than 100 animals, but the species went locally extinct again due to poaching in the early 1990’s. Black rhinos have been introduced into the national park, but numbers are kept under wraps for security. For more information read the article Poaching and recent trophy hunting controversy under Masvingo province on the website www.zimfieldguide.com

A further 61 species, mostly insectivores or small rodents are likely to occur. The Yellow Golden Mole and Cape Hare and the red squirrel are restricted to this area in the southeast of Zimbabwe. 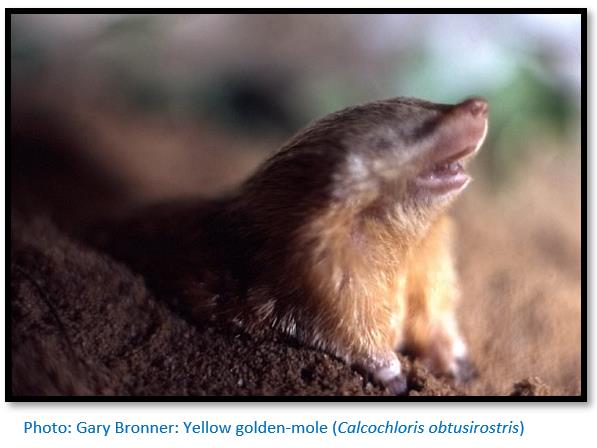 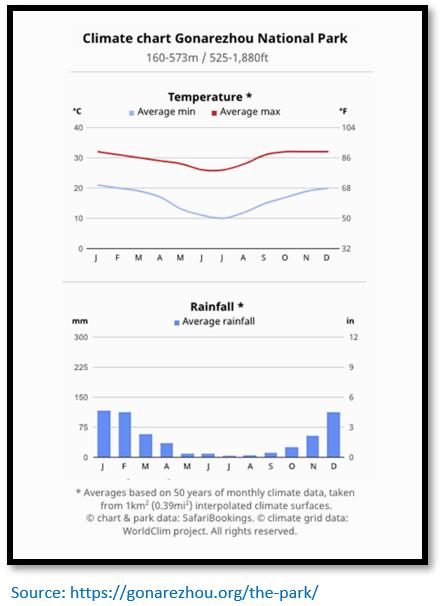 Mabalauta and Chipinda areas are open throughout the year. During the rainy season (November – April) access roads to parts of the Park are restricted and visitors must check with the park authorities before undertaking game drives.

This was established in 2009 to gain information on the status of the park’s carnivore populations and is a joint initiative with the African Wildlife Conservation Fund (https://www.africanwildlifeconservationfund.org)

The African wild dog populations has shown a recovery, with the endangered wild dog numbering around 200 animals in an estimated 12 packs – these numbers indicate both a healthy prey base as well as reduced poaching pressure from snares and direct persecution. 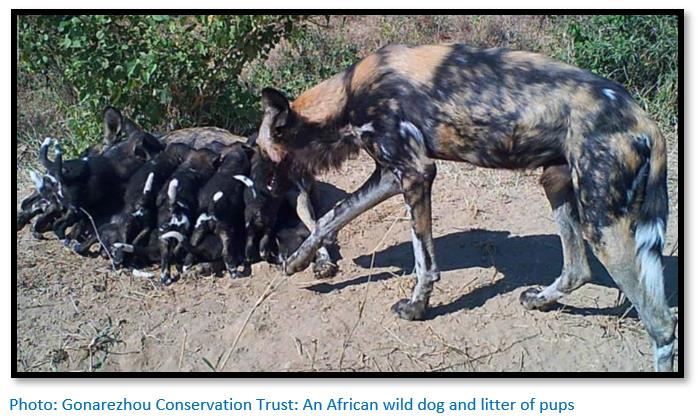 The estimated population of 63 lions in the whole of the park represents a slight increase from the 2016 estimate of 54 lions. This number equates to a density of 1 lion per 80 km² which is relatively low compared to other populations in the region. However anecdotal evidence does seem to suggest that the lion population is on the increase and tourist sightings of all large predators are beginning to become more common.

GCT has partnered with the Tikki Hywood Trust (THT) in a unique project to reintroduce wild pangolins that have been rescued from the illegal wildlife trade, handed in by general public or born in captivity. See the article Saving the Pangolin from the Wildlife trade where they are being increasingly trafficked under Harare on the website www.zimfieldguide.com

Pangolins that are judged to be ready for release are brought to Gonarezhou and are placed in the care of trained staff – half from THT and half from GCT. They are introduced to the habitats and environmental conditions of Gonarezhou and over a period of a few weeks they are taken on daily foraging excursions where the handlers make sure that they are able to successfully forage by themselves and navigate their way around the landscape without losing condition. The aim is to keep this period as short as possible, whilst making sure that the animals have acclimatized before their release.

On release they are equipped with VHF trackers and the pangolin project staff are then able to follow up on their movements and verify that they are maintaining their condition during the first crucial weeks after their release.

Challenges that have required solutions

Teaching local surrounding communities the benefits of wildlife and conservation 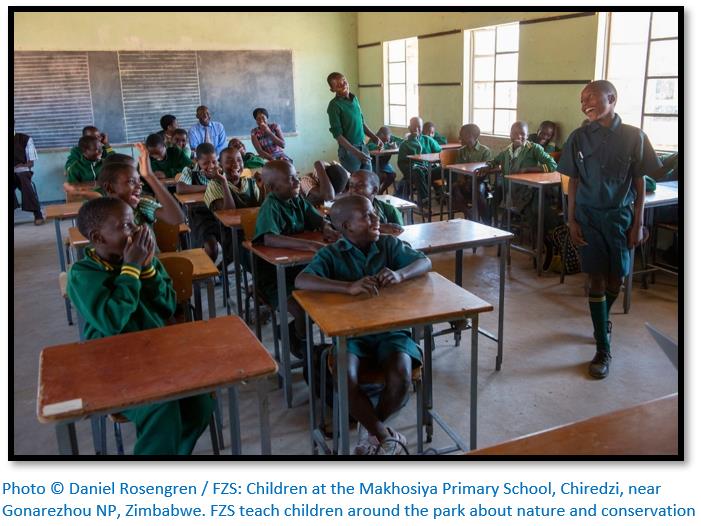 Game ranger numbers: among the many challenges faced by the Gonarezhou Conservation Trust was that patrolling and security were often hindered by low numbers of game rangers for the size of the area that needed to be covered. A key focus of the trust has been to increase the number of rangers employed – currently close to 130 – this is the highest in the Park’s history with most (80%) being recruited from areas surrounding Gonarezhou.

New recruits as well as existing staff have regular in-service training to refresh skills that also contributes to motivation and the forging of a strong team spirit amongst them.

Human encroachment: Gonarezhou has communal lands and an international border on its boundaries. Poaching for fish and bushmeat and cattle encroachment all need to be countered with active ranger patrolling. Custom-made  patrol trailers are constructed in the trust workshops, each having a water tank, charging facilities for GPS and radio batteries, and a secure food storage area. Their use allows game rangers to stay and patrol in remote corners of the Park for longer periods than in the past.

Communication: digital radio’s allow patrols to keep in constant communication with a central operations room and their progress is tracked on screen. Patrols can be quickly re-deployed as required by events on the ground. 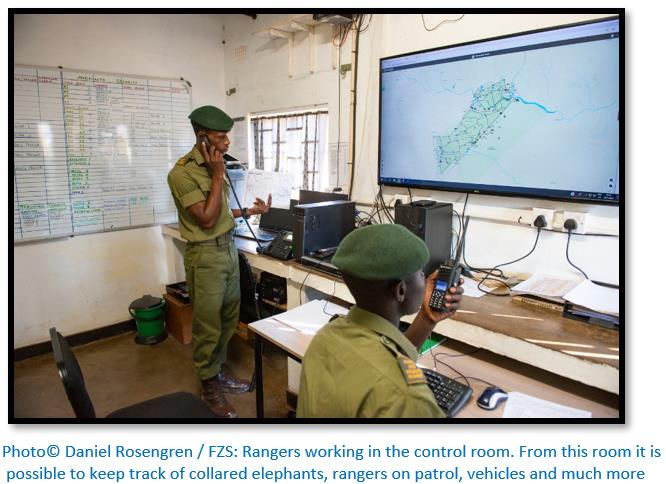 [i] For further information see the article Gonarezhou National Park under Masvingo province on the website www.zimfieldguide.com

[ix] Discussed in greater detail in the article Zimbabwe loses €16m EU Aid and another great opportunity as our politicians shilly-shally over land reform under Masvingo province on the website www.zimfieldguide.com