Home > Mashonaland West > The Restaurant that never took off

The Restaurant that never took off

This site does not require that you even stop your car and get out to see the two Vickers Viscounts mounted on their concrete plinths slap bang in the middle of the Central Park; Chegutu’s equivalent of New York’s Central Park, or London’s Hyde Park.

Someone around March 1997 managed to produce a business plan that convinced Chegutu’s Mayoral Council, Air Zimbabwe and the corporate sponsers Coca-Cola that their business proposition was viable and would attract diners from the surrounding area to dine at this unusually fashionable international venue.

It does not seem a fitting end for Vickers Viscount C/N 436 that was once used by the Shah of Iran and later flew HM the Queen Mother on her 1965 Royal tour of Australia.

Somehow I cannot see these aeroplanes getting back their Certificates of Airworthiness anytime soon.

From Chegutu (formerly Hartley) take the A5 national road west towards Kadoma (formerly Gatooma) The Vickers Viscounts are on the left hand side of the 200 metres after you leave the last of the main street shops. 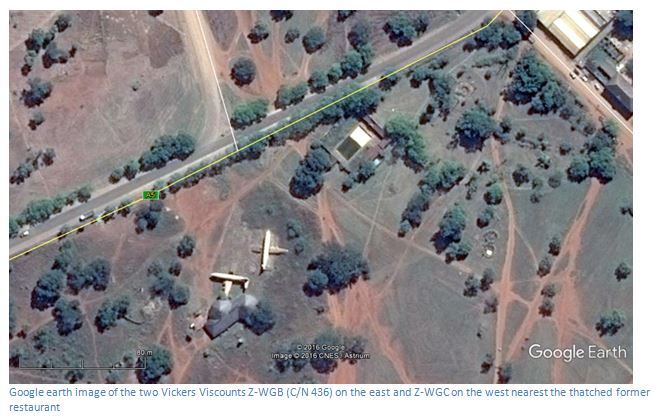 The owners managed to persuade Coca-Cola to provide corporate sponsorship and the fuselage, tail and one wing on each aeroplane were painted  in red and white Coca-Cola livery and the result was named the “Flying Pot Restaurant.” On VP-WGC the port wing and on VP-WGC the starboard wing was not refitted.

Thanks to the Vickers Viscount Network (www.vickersviscount.net) for providing the technical information from their operational records. 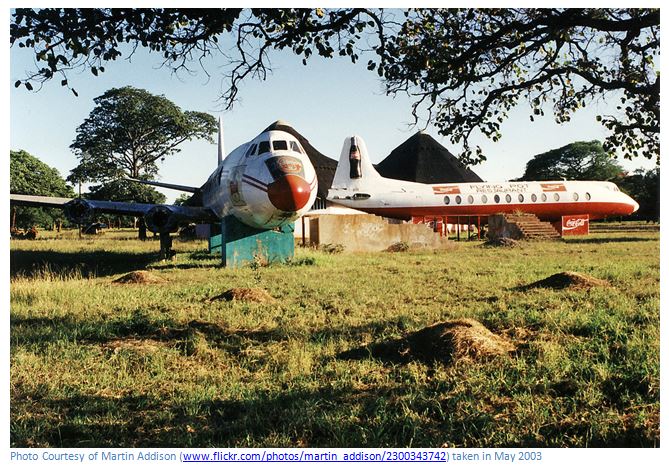 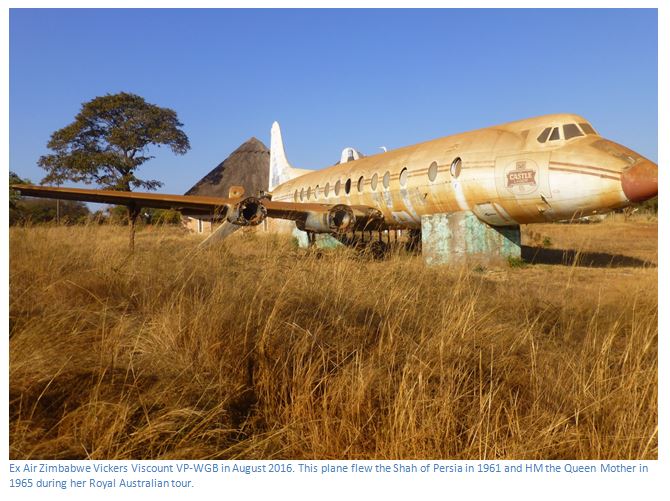 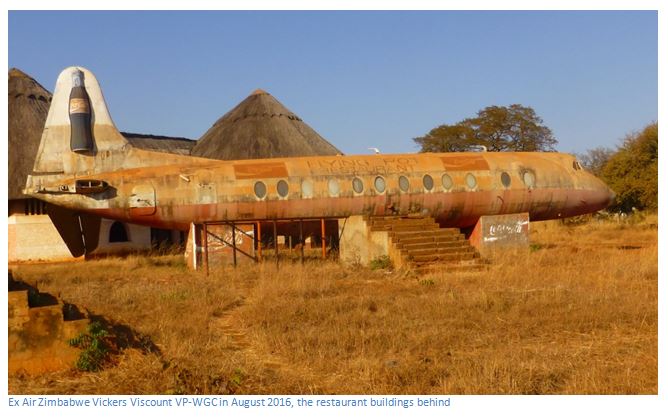 When to visit:
All year around
Fee:
None
Category:
Other
Province:
Mashonaland West