Examining the background of Poachers

This article takes its inspiration from a report by Sadé Moneron, Adam Armstrong and David Newton called The People Beyond the Poaching that was published by TRAFFIC International, Cambridge UK, 2020 and consists of interviews with seventy-three convicted poachers. Here is a link to the report: https://www.traffic.org/publications/reports/the-people-beyond-the-poaching/

The interviewers questioned seventy-three convicted offenders with the aid of a questionnaire at twenty-three correctional facilities across South Africa. The report gives the information that in the last decade 8,200 rhinoceros (Ceratotherium spp. and Diceros spp.) have been poached for their horns in South Africa and an estimated 96 million abalone (Haliotis midae) illegally harvested between 2000 and 2016 with both these predominantly supplying the illicit Asian markets in Vietnam and China respectively. In addition the harvesting of cycads (Stangeria and Encephalartos spp.) is the main threat to their survival in the wild. 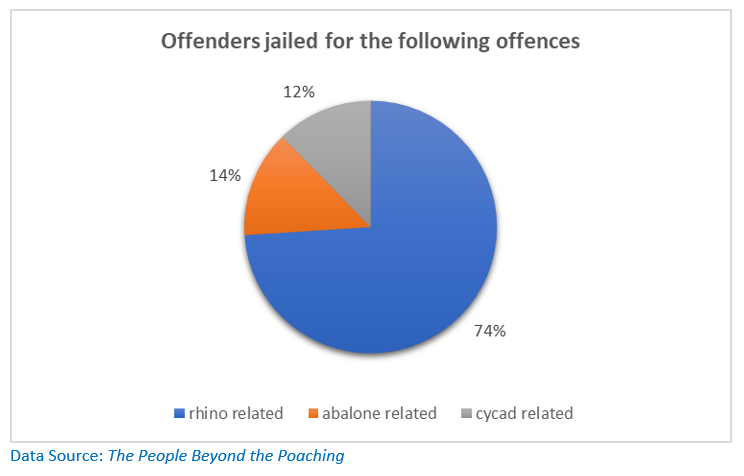 The goal of the report

Traditional approaches to wildlife crime take the view that:

will be viewed by potential poachers and their networks as increasing the cost of their behaviour and therefore act as a deterrent.

Instead of creating increasingly harsh penalties, the report states that some scholars believe that “understanding human decision making may be a more effective approach (von Essen et al., 2014) …This approach is based on the normative perspective, which focuses on understanding the nuances of human behaviour and how norms, values, morals, personal experiences and other social or political factors affect human decision making.”

This article considers that the report by TRAFFIC International The People Beyond the Poaching in seeking to understand more exactly the reasons behind why these crimes may be committed might also assist law enforcement agencies such as Zimbabwe Parks and Wildlife Management Authority (ZimParks) and the many dedicated Zimbabwean wildlife charities act in response and to assist individuals to resist participating in the Illegal Wildlife Trade.

What applies in South Africa is just as applicable in Zimbabwe where if anything the economic hardship for both rural and urban citizens is more extreme and has been so since the present ZANU-PF government began destroying the economy of the country in pursuit of its political goals which had to be achieved at any social and economic cost. Indeed, nine of the offenders being interviewed identified themselves as Zimbabwean.

Apart from abalone as Zimbabwe has no coastline, the wildlife being poached remain the same; chiefly elephant ivory and rhino horn, pangolin and bushmeat. The markets for the illegal wildlife products are identical and many of the kingpin buyers in both countries are the same; Chinese and Vietnamese citizens and foreign embassy officials who operate in illicit criminal networks that are facilitated by corrupt government officials in the state organisations such as Zimbabwe National Army (ZNA) Zimbabwe Republic Police (ZRP) Central Intelligence Organisation (CIO) and Zimbabwe Revenue Authority (ZIMRA)

What the convictions covered

The convictions were mostly for poaching but also included all the poacher’s associated activities such as lookouts, storage and transporting the illegal products. 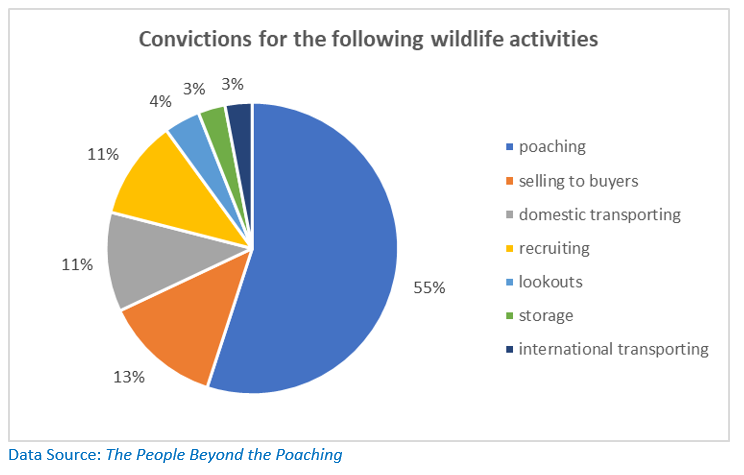 A summary of the Report’s findings and conclusions

Generally it is the small fry who are trapped by the wildlife enforcers. Greater effort needs to be made to capture the kingpins who finance the illicit wildlife networks. Author comment - this has been difficult for many African countries as typically the Asian and West African criminals that control these networks are in a position to pay off law enforcement officials and may, in some cases, be protected by diplomatic immunity.

Communities that are most vulnerable to being exploited by the criminal networks need to be prioritised for the delivery of basic services including health care, education and job opportunities to preventing them engaging in the Illegal Wildlife Trade. Author comment – the disastrous economic polices employed by the ZANU-PF government in Zimbabwe have deliberately impoverished rural communities to buy votes. Additionally the corrupt practices carried out by the previous President and his wife and their ministers have been well publicised.

There needs to be better publicity directed at communities of the negative social, family and personal consequences of becoming involved in the Illegal Wildlife Trade as there may be some perception in rural communities that IWT is low-risk. Author comment – there appears to be improved communication with communities taking place through initiatives such as Zimparks partnering joint ventures with African Parks and the International Anti-poaching Foundation (IAPF) Those communities need themselves to identify and explain solutions so that they give their support.

More needs to be done through community-based education, training and job opportunities to help individuals resist the lure of opportunities in wildlife crime. The Report suggests that community-based interventions that educate and equip individuals to better resist being lured into IWT might be more effective than more law enforcement efforts. Their stories on TV or radio or role plays of the negative consequences of being jailed for offenders’ families may deter potential IWT recruits. Author comment - Zimparks and local conservation and wildlife charities are trying hard to educate communities.

The report describes the self-reported demographics of the offenders and the wildlife commodities they targeted, their participation in specific roles in the Illicit Wildlife Trade and the reasons those offenders gave to justify their decision to take part in these criminal networks. 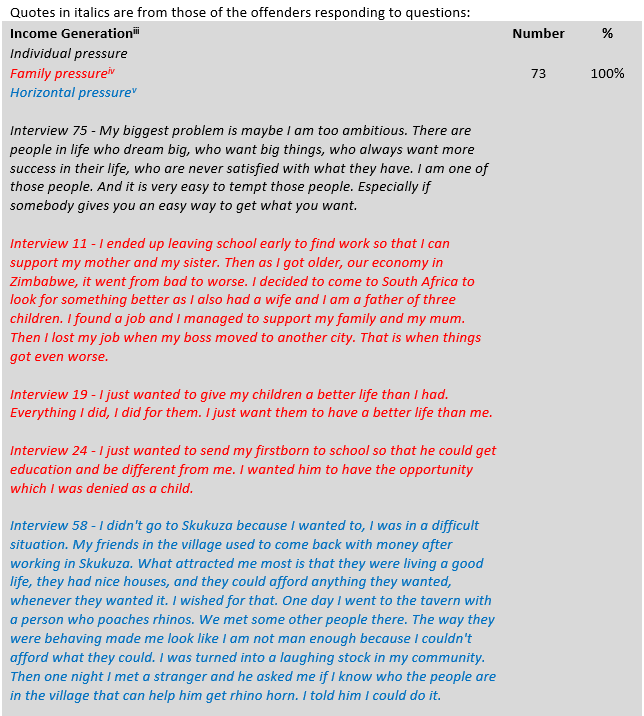 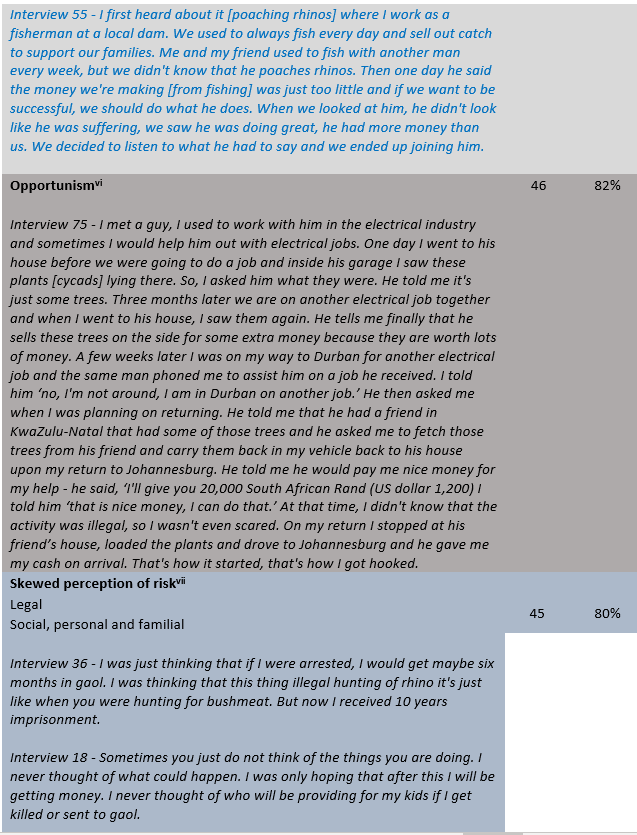 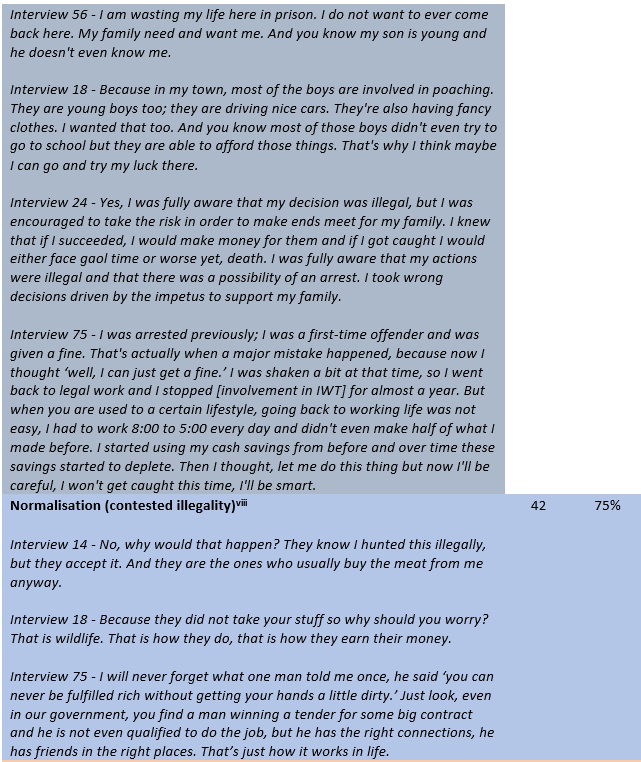 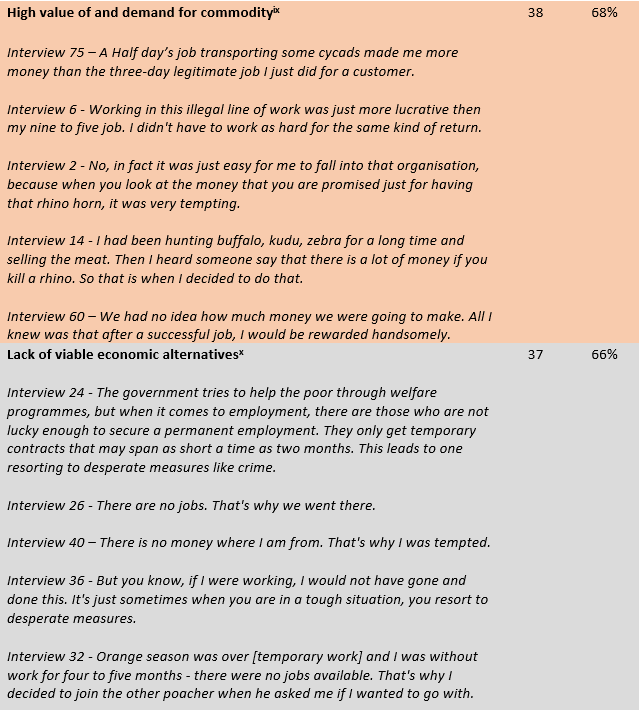 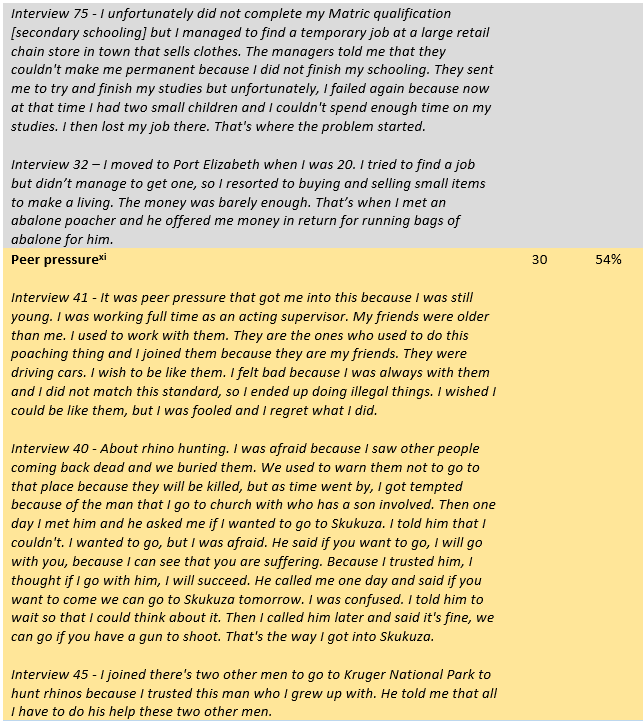 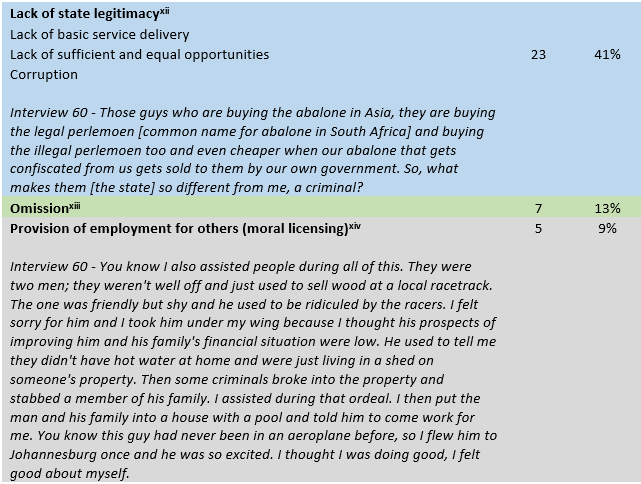 Characteristics of a typical poacher highlighted below 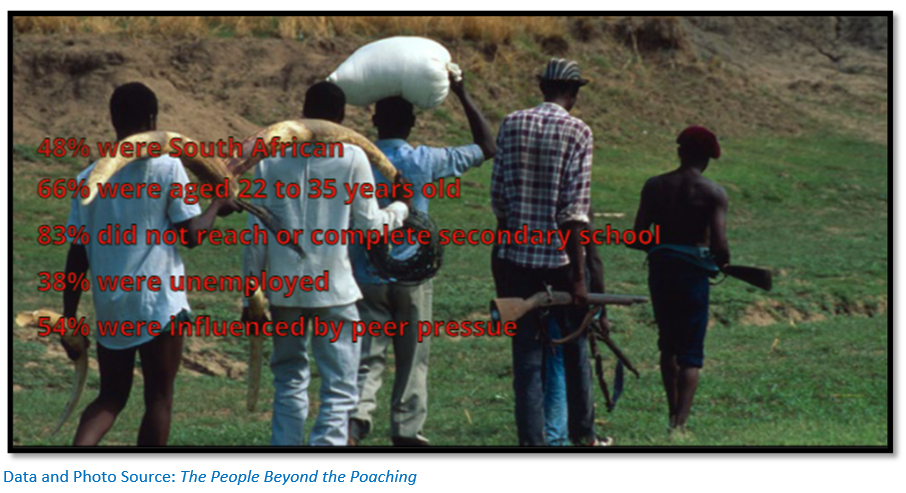 [i] Informal employment included farming, fishing, construction or selling goods such as clothes

[iv] 70% of offenders said they needed to provide food, schooling, clothes and housing for their families

[v] Many felt inadequate when compared with others in their communities

[x] Most offenders (65%) thought there were no alternative ways of improving their individual economic and social status.

[xiv] A small number said they assist or helped people improve their lives through IWT involvement. This was only stated by offenders who employed others in IWT and not by those directly involved in poaching