Take the Mutare Road from Harare, drive through Marondera. Continue along the A3 Mutare Road for 15.5 KM.  Turn left into Theydon Road signposted Davis Granite and Bernard Mizeki 10 KM; 16.9 KM cross the railway line and turn right at the signpost Tsindi National Monument 11.5 KM. At 25.6 KM pass the Bernard Mizeki Shrine on your right. The road changes from narrow tar to good gravel at this point. At 27.6 KM turn right at the sign Tsindi National Monument 800 metres, 28.4 KM keep left uphill, 28.8 KM reach the Site Museum and car park.

Peter Garlake reminds us that that stone enclosures, such as we see at Tsindi Hill, served a clearly domestic purpose in screening and sheltering groups of clay-walled thatched huts which were the living quarters of a small elite, probably a ruling group. The stone walls should be taken as a symbol of authority, or prestige.  He goes on to say that the ruins of 150 similar enclosures can be found on the granite highveld of Zimbabwe, but that scientific archaeological excavations were limited in 1970 to eight sites, in which Tsindi is included.

Tsindi Ruins was excavated by Sheila Rudd in 1963 – 1966; who recorded her finds in Excavations at Lekkerwater Ruins, Tsindi Hill, Theydon, Zimbabwe on behalf of the historical Monuments Commission and most of the detail of this article is from this source. The archaeological evidence identified three stages of occupation at the site each identified by different building methods and pottery types. They were:

The presence of a deep cave set amongst the walls would have been the focal point in any traditional religious centre. One of the huts would have been a bareya…a religious house which would have been occupied by a spirit medium. Inside a platform would hold offerings to the spirits and posts would be hung with the spirit medium’s regalia. This hut appeared to be divided and it was suggested by local informants that this might be an ante-room with a step for persons to kneel in the presence of the spirit medium. In another hut sacrifices of young cattle or goats would take place with pots of beer and ritual snuff placed on raised platforms.

Roger Summers observes that this is one of the few sites in Zimbabwe where the thick dhaka moulding was skilfully preserved due to the careful archaeological work carried out by Sheila Rudd. These has been recorded within the huts of other Zimbabwe enclosures, but usually destroyed during excavation. 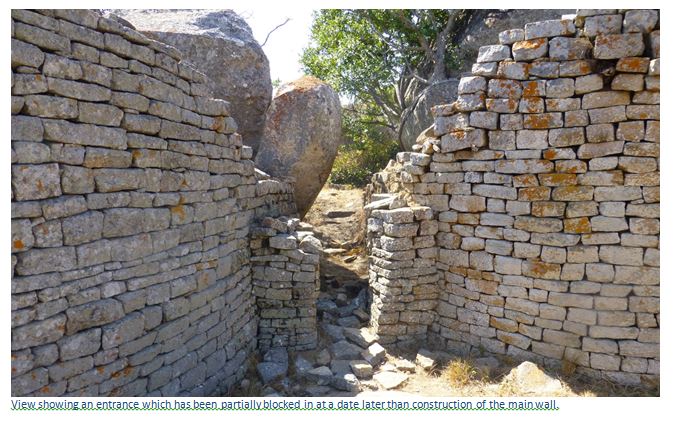 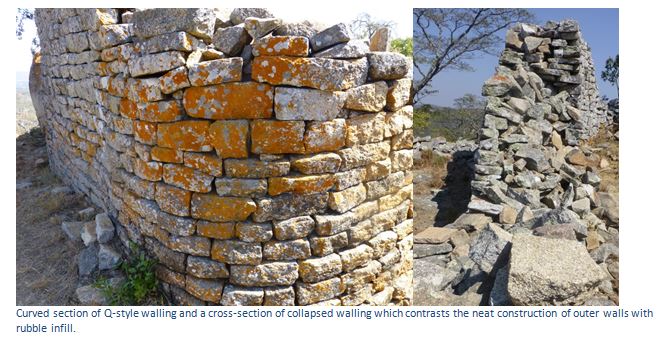 When to visit:
All year around Monday to Sunday 6am to 6pm
Fee:
An entrance fee is chargeable
Category:
Ruins
Building
Province:
Mashonaland East