National Monument No.:
25
Why Visit?:
How to get here:

From Harare travel 143 KM to Mutoko. Distances are from the junction of the A2 and Mutoko town as if continuing to Nyamapanda. 7.54 KM turn right onto gravel road at signpost for Chitekwe School, 8.7 KM turn right onto farm track. 9.3 KM leave vehicle at the foot of the granite hill. The cave is visible facing south and is reached after a short, but rocky and a very steep climb. 4WD not required. 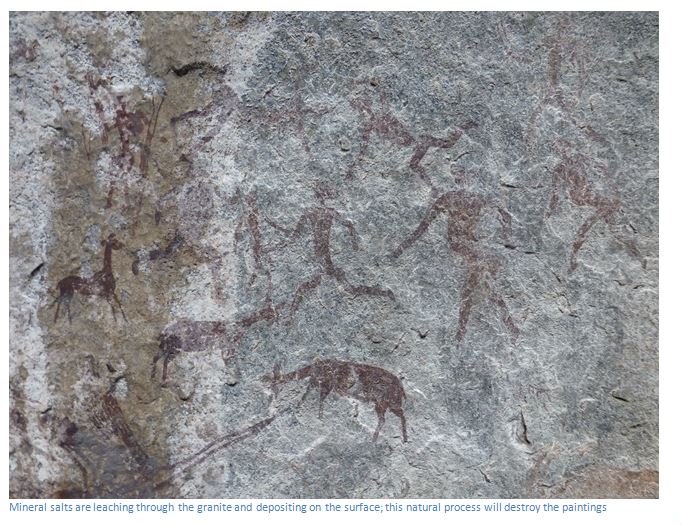 The paintings are densely superimposed in this very spacious domed cave. Four large elephants painted in a white and grey clay dominate the cave:

The densely painted area to the right includes another large elephant, a dark human with wide shoulders and narrow waist (Breuil’s wedge shape) two ovoids, a large figure lying down with oval shapes from his back (probably in trance, as at Diana’s Vow) with a smaller similar figure lying below flanked by two crouched figures with lines coming from their stomachs. Below are more sheep with several figures in ochre and white surrounded by strange shapes, perhaps insects. 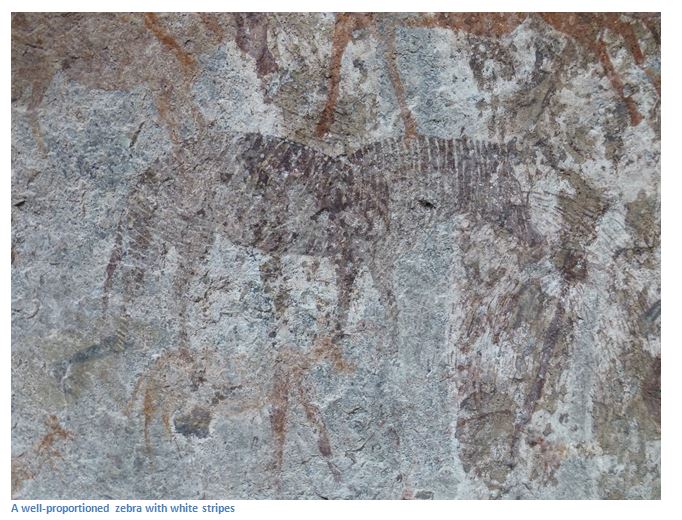 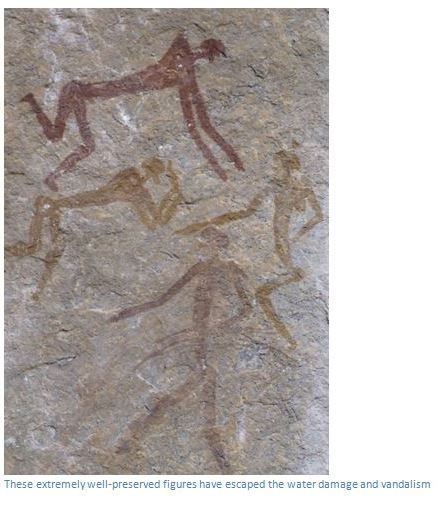 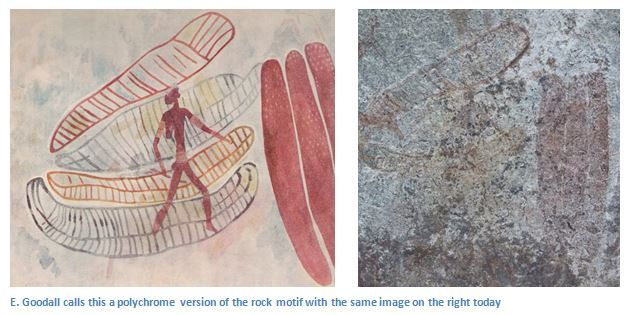 Other figures to the right include a small elephant, three elongated fish, an ovoid and a group of nine kudu cows. Above a dark figure with shoulder bag and distended stomach falls towards a kneeling hunter. Above, are two figures lying down, both with bags, below a tall wide-shouldered figure. On their right is another large reclining figure with a smaller figure, also lying down, above.

On the extreme right side are kudu, a rhino and a possible feline. A large elephant and antelope, both pierced by arrows are shown upside down with their legs, the elephant’s trunk and buck’s neck relaxed in death. Above a dark zebra, are five hunters, armed with bows and arrows and accompanied by a dog. 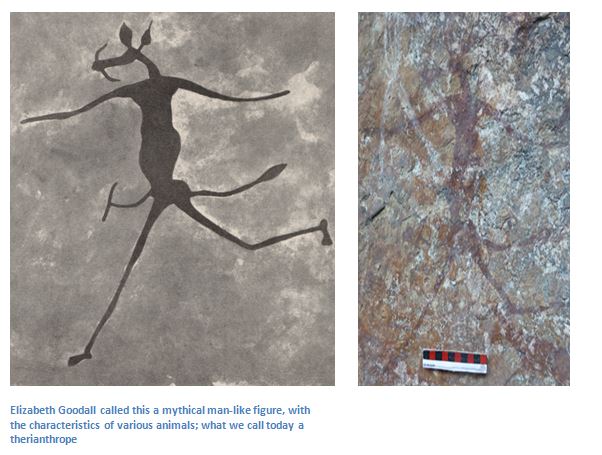 When to visit:
Open Monday to Sunday
Fee:
None, but a small donation if you are guided to the site
Category:
Rock Art
Province:
Mashonaland East