In the dry season it is still possible to trace parts of the old Planet Arcturus narrow gauge railway track, especially the bridge across the upper stretch of the Mapfeni River, but also as it travels close to the narrow tar road after the Gardiner Road intersection, down into the Enterprise valley.

Harold Christian, the creator of Ewanrigg, made the first proposal for a light railway into the Enterprise farming district. Robin Taylor suggests that WWI introduced more urgent issues and it was only in September 1918 that permission was granted for the construction of a light railway and on 12th September 1919 the first steam locomotive reached Arcturus.

By 1924 the gold at the Planet, Slate and Arcturus Mines appeared to have petered out, although subsequently mining has continued to this day, but by 1925 the track was taken up in 1925.

From Harare take the Arcturus Road. Distances are from the Arcturus Road / Harare Drive junction. At 2.0 KM pass Chikurubi prison, 5.43 pass Donnybrook Drive on the right, 6.0 KM pass the cement factory on the left, 9.0 KM pass "Lion" Stevens gravesite (now gone) 11.44 KM reach turnoff for Tafara presently untarred. Turn right and after 350 metres reach the first tributary of the Mapfeni River, after another 250 metres reach the second tributary of the Mapfeni River. The concrete abutments of the old Planet Arcturus railway bridge over the Mapfeni River should be visible about 150 metres downstream. Park off the road and the embankments leading to and from the bridge should become visible.

Going towards Arcturus the railway line keeps to the side of the hill avoiding all the small tributaries of the Mapfeni River and keeping to the watershed as much as possible and mostly on the right side of the present narrow tar road, but at times deviating away from the road and following the contours. At the final bend into Arcturus the railway line crosses the road through the vlei to the left of the road before swinging right and terminating in the open ground in front of Arcturus Post Office.

The most comprehensive descriptions of this 2 foot (61 cm) light railway is to be found in Robin Taylor’s article in Heritage of Zimbabwe No. 17 of 1998 Pages 74-80 and in Rev. E.D. Hamer book Locomotives of Zimbabwe and Botswana. Thanks to Robin Taylor who guided me on several visits to the area and who carried out the research and provided the majority of the background material for this article.

The Planet Arcturus Mine management tried to persuade the Mashonaland Railway to construct a branch line from Ruwa to Arcturus to provide transport to and from the mine and a survey was undertaken as early as 1914. Projections were based on the experience of the Ayrshire railway, of the same gauge, which had been built in 1902 and operated quite successfully between Salisbury and the Ayrshire Mine north of Banket. 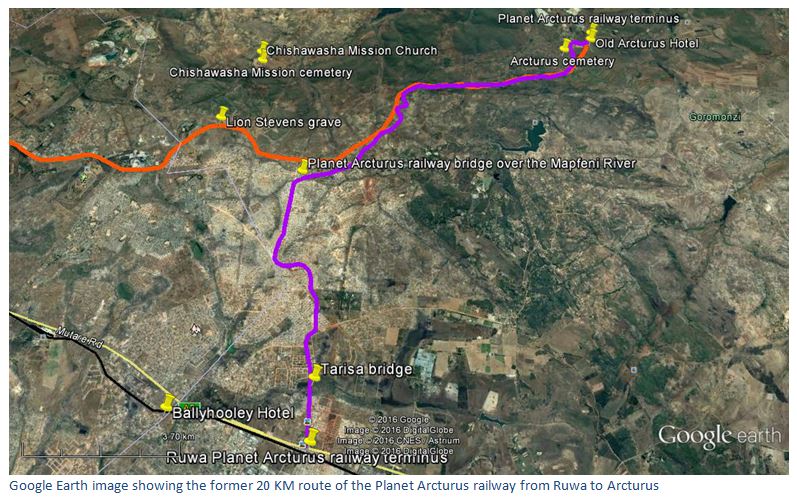 The southern terminus was at Ruwa siding where goods where transferred from the 3ft 6 inch standard gauge of the mainline track to the 2 ft. gauge of the Planet Arcturus light railway. The track led directly north through Sebastopol Farm for nearly 3 KM, before branching off what is now Tarisa Road and continuing on west and then north for another 2.5 KM through the medium density suburb of Damofalls Park (formerly Caledonia Farm) and then turning north easterly and crossing the upper tributaries of the Mapfeni River. (photos of the bridges on the Tarisa Road and crossing the Mapfeni river are included below) At 10 KM the railway track almost meets the Arcturus Road and continues on keeping to the level gradients, but parallel to the tar road on what was Father Hartman’s farm. Whilst the tar road turns east in a fairly straight line, the railway keeps close criss-crossing from one side to the other and staying to a level gradient. Finally where the road bends north east, the railway track takes a more northerly track between the road and Arcturus cemetery through Gilnockie Farm and keeps just south of George Milburn Road before crossing it 200 metres from the old Arcturus Hotel and finishing at the terminus in what is now a cultivated field just 200 metres north of the old Arcturus Hotel. The total distance is almost exactly 20 KM.

The completed track reached Arcturus in September 1919. The first locomotive to arrive on 12th September 1919 was No. 21, a Class 4 locomotive built in 1897 by the Brush Electrical Engineering Co Ltd at their Falcon engine and Car Works Limited in Loughborough, England. The initial 4-4-0 tender locomotives were supplied in six batches and No. 21 was one of forty-five ordered for the Beira Railway by Pauling and Company and whilst in service were nicknamed "Lawley’s" after the Beira Railway construction subcontractor. No’s 1 – 35 were built at the Falcon Engine and Car Works Limited and 36 – 45 were built by Glasgow Engineering Railway Company. 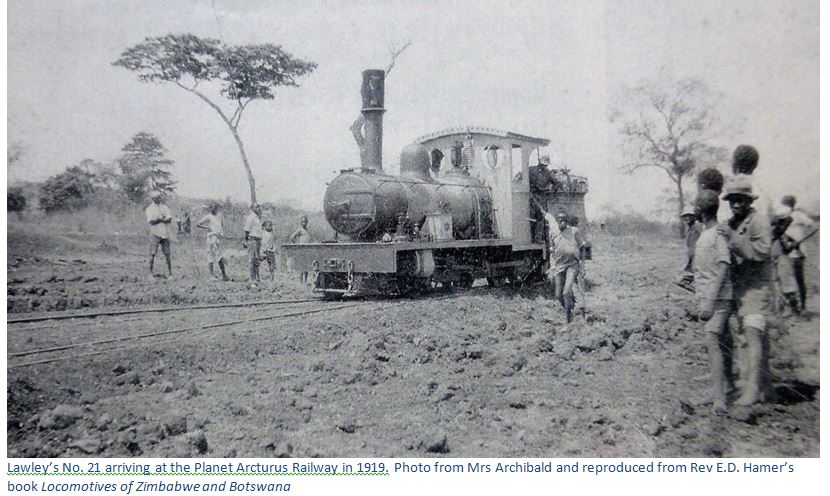 In 1921 a newly built 0-6-2 tank engine (Works No. 4188) built by Kerr Stuart and Co. of Leeds called Little Giant arrived and the Lawley became a stand-by locomotive. The train load was restricted to three trucks carrying 27 tons by the curves and the haulage capacity based on a 1 in 50 gradient on the straight.

Sadly after the Planet Arcturus Mine closing down sale in 1924, the railway fell into neglect and the track was taken up in 1925. Robin Taylor writes that there is a local legend that when half the track had been taken up it was discovered that a locomotive and two wagons had been left in Arcturus and the line was re-laid to get them out!

It is believed the Lawley Class F4 went to the Cam and Motor Mine at Eiffel Flats. Little Giant went to Star Zinc, Ngwerrere, near Lusaka and in 1933 to Susman who had a timber logging line in the Livingstone area. She was found too heavy for their 18lb track and the side tanks were removed and replaced with the cab sides from an ex-Beira Railway Lawley 4-4-0; the original spark arrester chimney was replaced by a stovepipe and her name changed from Little Giant to The Elephant. In 1937 she went to Igusi Sawmills and was likely scrapped. 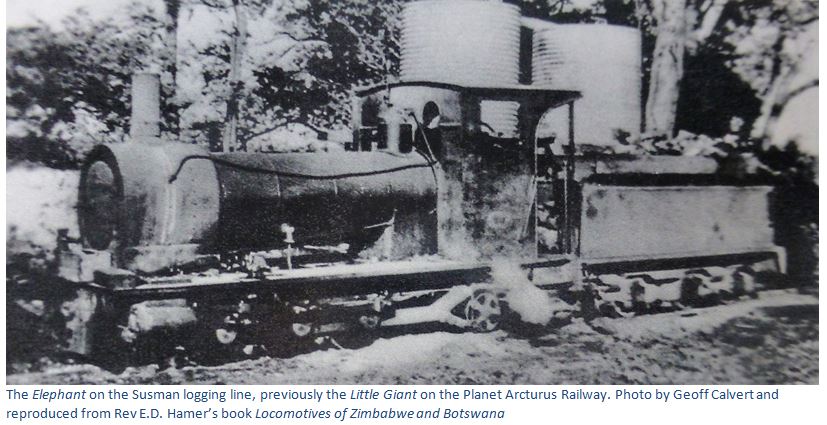 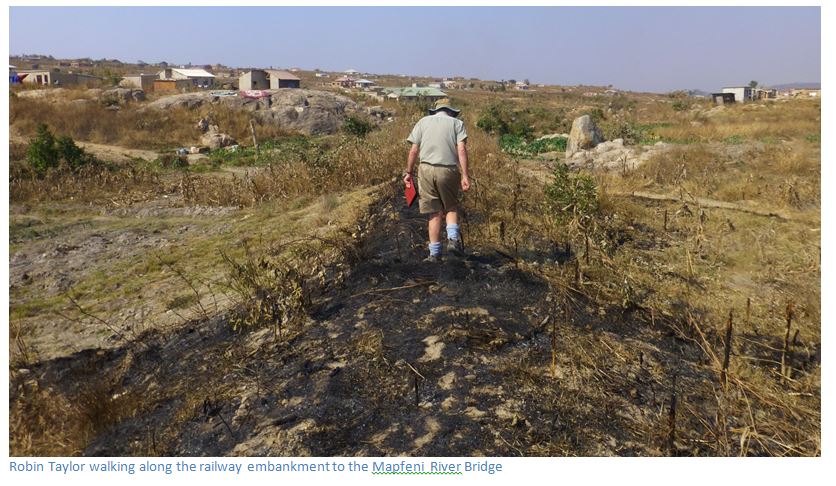 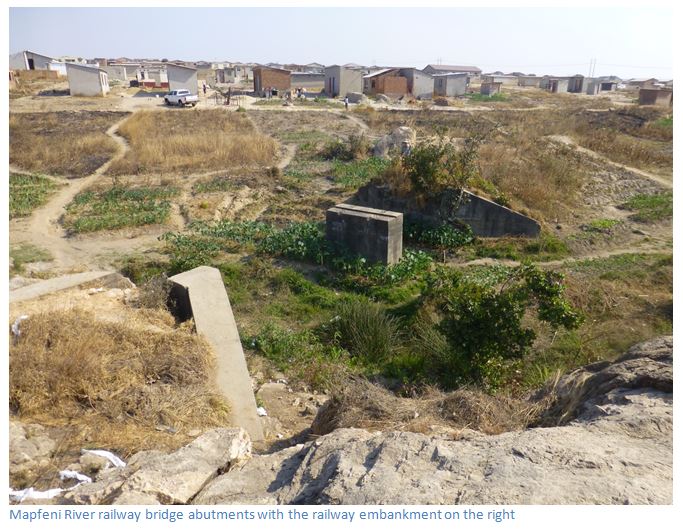 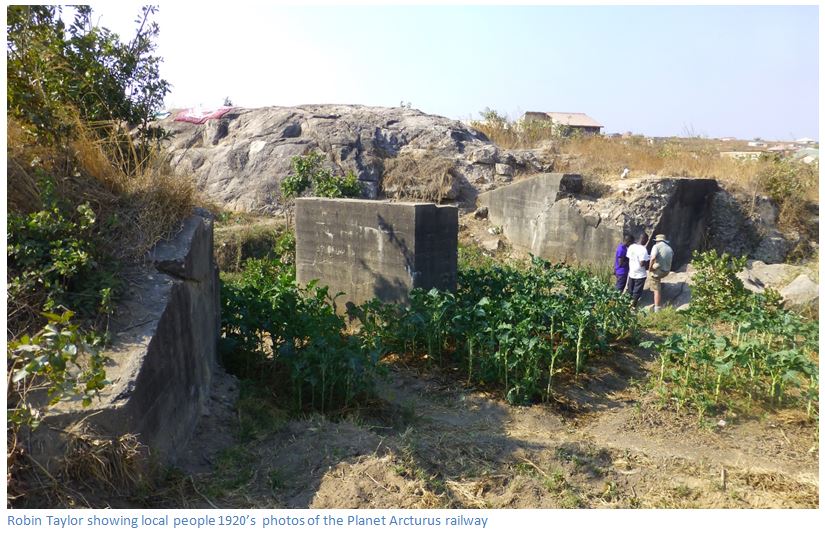 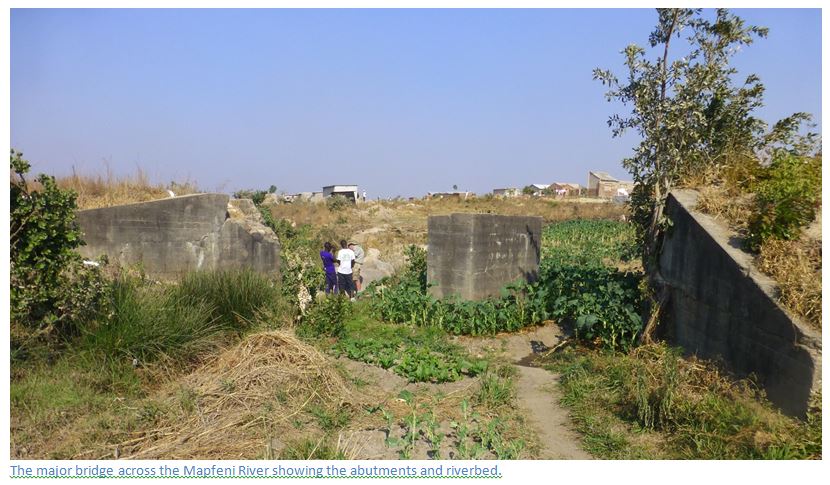 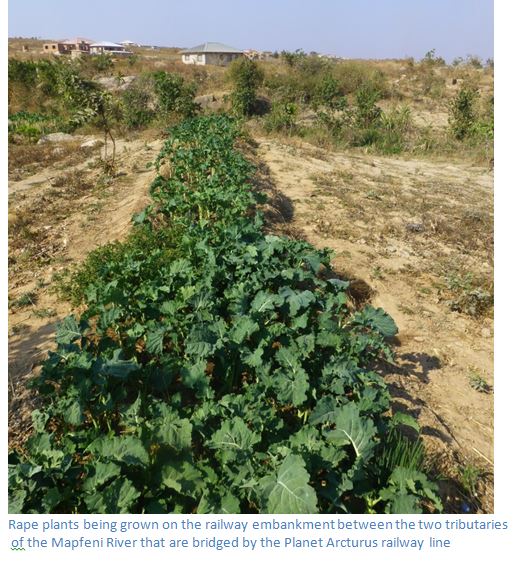 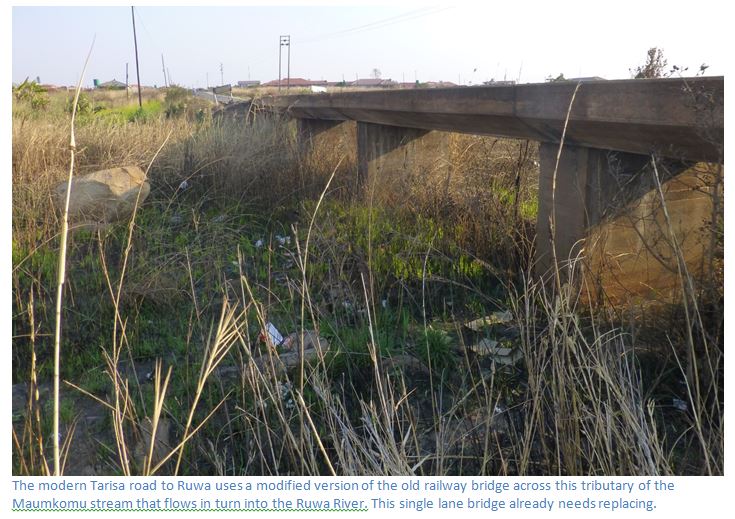 At Ruwa siding the altitude is 1,563 metres and has dropped to 1,516 metres at the Mapfeni River bridge before the railway winds its way down to Arcturus at 1,396 metres, a drop of 120 metres over a distance 11.6 kilometres.

It is nearly a century since George Milburn climbed onto the top of the least uncomfortable looking of the three goods wagons behind the steam locomotive at Ruwa siding and prepared himself for the 20 kilometre ride to Arcturus. Despite being aware that there were quite frequent derailments on the 2 foot (61cm) narrow gauge railway line, he willingly signed an indemnity form indemnifying the railways from any liability. The alternative to the free ride was either a long walk, or waiting until a farmer’s ox-wagon was going his way. The downhill ride with the carriages rocking wildly from side to side as they went through the narrow cuttings and across the bridges must have been exhilarating for a young man just about to start a new life.