Three Ceremonies for the Dead

Due to the influence of Western civilization, many traditional Shona ceremonies are dying away. It is not easy to describe the typical ceremony since customs vary from one district to another. Below are three funeral ceremonies performed by Karanga tribes.

This is a simple and short ceremony, intended to comfort those who come to mourn a dead person. Meat is the only food eaten at this ceremony. When a man has died either an ox or a cow or a bull is killed. A goat is killed if the deceased is a woman. As a rule the meat is eaten on the spot. If a goat is killed all the meat is roasted and what remains is left for those who guard the grave for a few days.

There is belief that a person, especially one who has been married, becomes thirsty after death. This thirst can only be quenched with beer. The ceremony, called doro remvura is performed soon after a man dies. This also happens if a woman or child dies, regardless of whether he is a christian.

If someone dies and there had been rapoko (mumera worukweza) ready for brewing beer, then as a rule, this rapoko is used to brew beer for the ceremony. The beer is used to wash the people who have dug the grave and those who carried stones to put onto the grave.

The most important guests at this ceremony are those who dug the grave and those who carried stones. These people are informed of the ceremony when the beer is ready. It usually takes four days to brew beer. Before the beer is ready, the relatives consult a N’anga to learn the cause of death so that it may be told at the ceremony.

The beer is put in clay pots. The washing starts with the first person who dug the grave. These people are washed there so that they are free from any misfortunes which might come from burying the dead person. The person who first dug the grave takes beer with a cup (mukombe) in his hand. He pours beer on his legs. The others washed their hands in the beer and the main guests come in turns to be washed. The process of washing is called kutiva (swimming) and the pot is called hari yamativo (a pot for swimming)

After the washing, of cause of death is revealed (kuriga mazembe) Then the rest of the beer is given to the people and they drink while beating drums and singing traditional songs in honour of the ancestors. 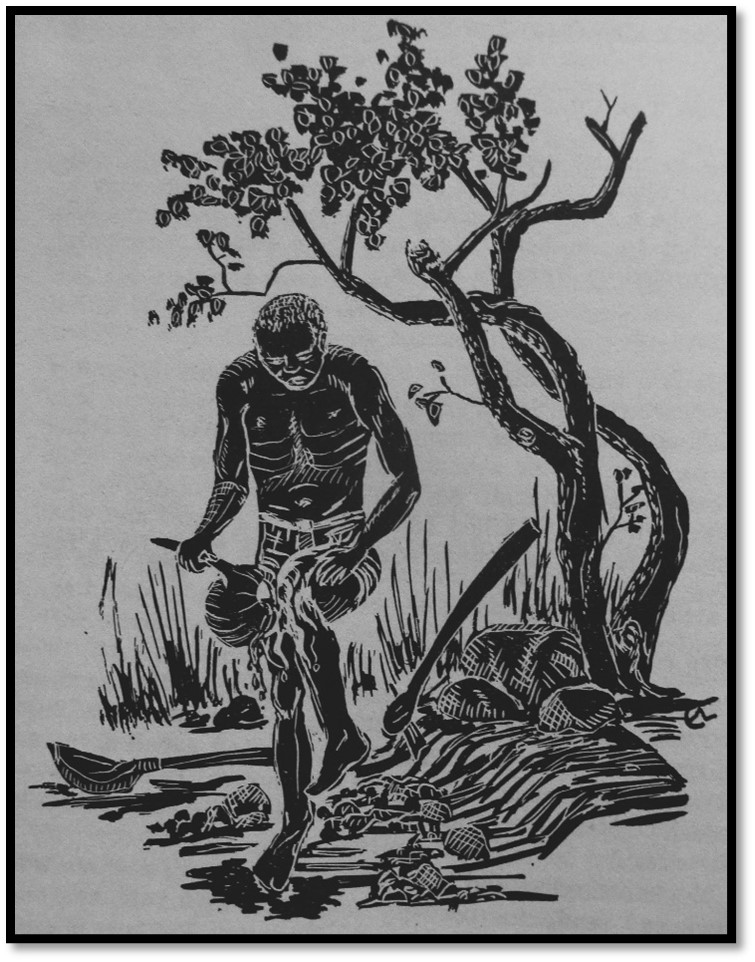 This ceremony is to call home a dead man’s spirit to protect his home. This usually happens if the man left a wife or children. It is a common belief that the spirit of a dead man can protect his family from danger. A day after the ceremony had started, the elder son is given his father's name.

A number of people are invited to the ceremony. They usually bring some sadza with relish and beer. Very early in the morning the relatives go to the grave carrying a pot of beer and some snuff. Both the snuff and the beer are poured onto the grave while someone says: “Father we have brought you some food and we ask you therefore to come back home and guard your family.” The deceased then becomes even ancestral spirit (mudzimu) The process of going back home from the grave is called ‘bringing in’ (kundotora mudzimu)

After the ‘bringing in’ there is singing and eating and beating of drums. It is a day of rejoicing. The old people drink to the health of the deceased’s family. The cousins are allowed to steal as much meat as they like, thus they are called hyenas.

When the feasting and dancing end the relatives go to the cattle kraal and pour beer (mhamba) on a bull. If the bull shakes its head, then the ancestral spirits are happy, but if it does not then the next person takes his turn pouring beer on the bull. When the bull shakes his head, the women sing songs of praise. The remaining food is shared among the people and everyone, except the relatives, departs.

The following day the relatives gather to give the dead man's name to his eldest son. The elders repeat these words: “We have now made you our father: for all troubles we will from now look to you.” This marks the end of the bira ceremony. If there is any meat left the relative share it with neighbours.