A colourful, if faded, collection of San rock art on the national road towards Shamva.

One panel had oil applied to it by vandals causing irreversible damage.

Easy access to the rock art site, only 100 metres from the road .

There is dam on the Umwindsi River close to the right-hand side of the road and Mumurgwe, or Lion’s Head on the left. Turn off the road to the left, 50 metres before the layby on the right, towards a large boulder formation 100 metres from the road. The paintings are at the base of these large boulders facing the national road.

The national road (A13) to Shamva is in excellent condition.

On the southernmost boulder are four fish and a kudu cow in yellow, whose lower legs were once probably painted white, but have faded. There are a mass of faded hunters. Further along a large well-drawn buffalo, > one metre long, has two yellow ochre kudu cows superimposed on the torso.

They are followed to the right by a confused mass of human and animal figures with kudu, sable, a small dark ovoid, a bird, a hunter, and another multi-coloured ovoid. Four faded ochre animals are superimposed on an ovoid. 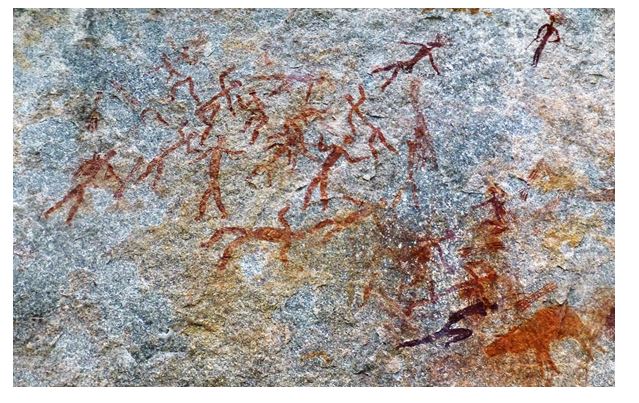 The main panel faces east with a group of dancers at the top. They are crouching, or lying down, evidently in trance, whilst other dancers are gesturing forcefully with their arms. A hunter and other figures with erect hair stand outside the group.

Below is the outline of an elephant and a dark antelope. Several ovoids are to the right with finely drawn crouched figure and dark running hunter equipped with a shoulder bag. At the base more ovoids and three kudu cows on a buffalo. 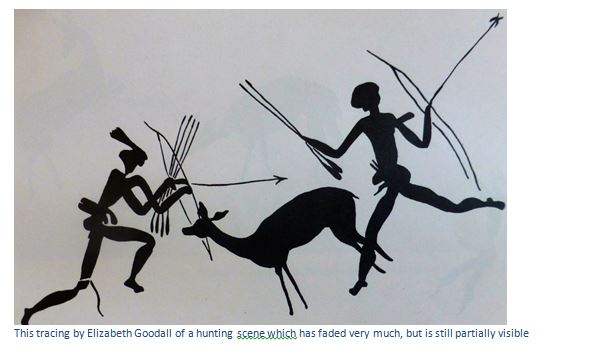 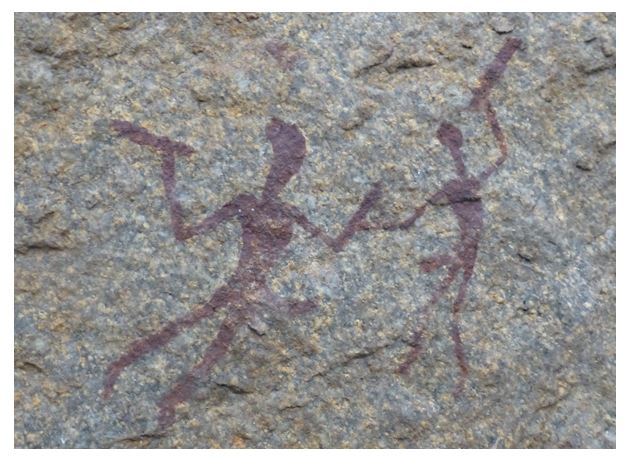 10 metres to the right of the main panel two crudely drawn men are depicted in a fight. Below is a scene of bushpig, some warthogs, and a large finely detailed hunter in dark pigment. Sometime in the past, vandals applied oil to this scene, causing irreparable damage to it.

At the northern end is a panel of paintings facing south. At the top a group of eleven hunters equipped with bows, arrows, and shoulder bags, some with inverted cones on their heads and a large horizontal ovoid with seven segments. Two of the small figures have rattles tied to their arms. Below are figures of baboons, fish, rhino, and possibly an outline of a feline. At the base of the frieze, a zebra in a state of collapse, fluid issuing from its muzzle, and a rhino pierced by arrows with two detailed hunters, one with an inverted cone on his head. 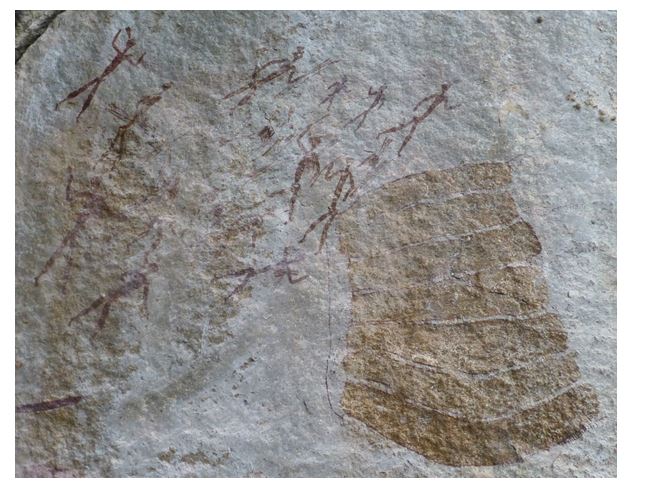 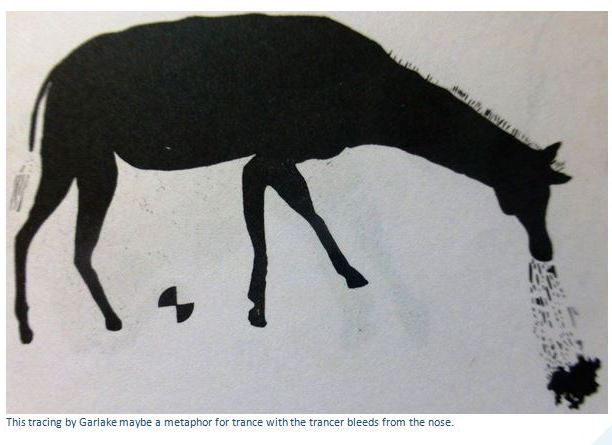 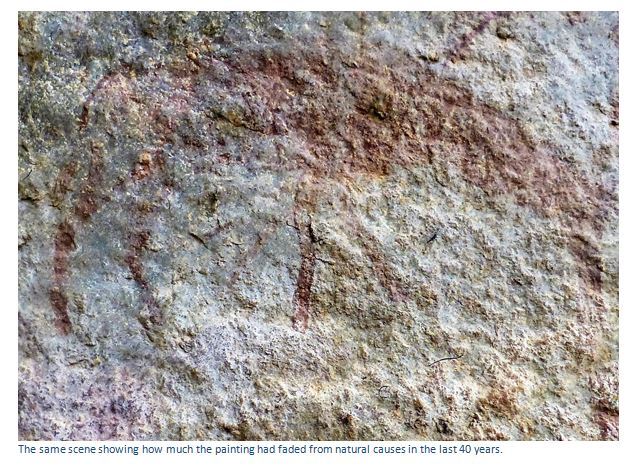 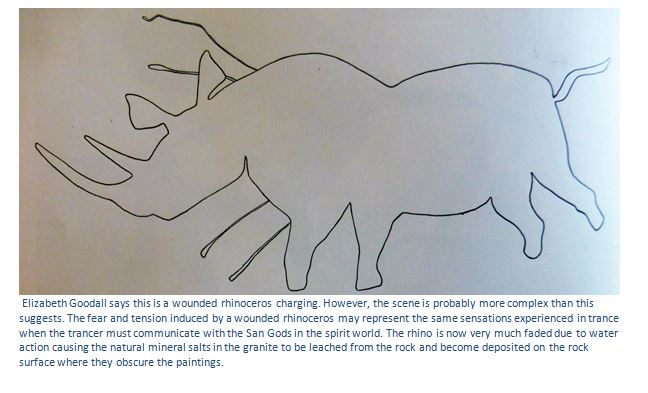