The importance of the Ancestors and the installation of a Chief

Despite the many changes that have taken place in African societies, some traditional ceremonies are resistant to change. Ancestor worship is still important. The head of a family is not safe until he takes a wooden plate and puts through rapoko (finger millet or rukweza) in it and asks guidance from his forefathers. He does the same for family members working in distant places. Some may work in dangerous places such as mines, railways and timber factories. They need supernatural leadership and according to African traditions, only the ancestral spirits can provide this. Also, if a family member is ill it is the responsibility of the head of the family or a family elder to notify the ancestors that their son or daughter is ill.

There is also a combined worship of ancestors. Each home in a particular area is represented. Grain is collected and used to brew beer. The beer from each home is carried to the chief’s home. Some pots of beer are taken to a special tree. An area around the trees is cleared and swept. Only old men and women are allowed to enter this area. One of these old people offers a prayer to the ancestors thanking them for the good harvest or asking them for rain. After this assembly, people returned to the chief’s home where they spend the day dancing and drinking. A bull and several goats may be killed so that the people can eat and be merry.

It is also common among African people not to pick and eat ripe maize, pumpkins and watermelons, before they are taken to a special tree. Here the ancestors of that home are told that the crops are ripe. The whole family sings and claps hands to show that they are pleased with the crops. 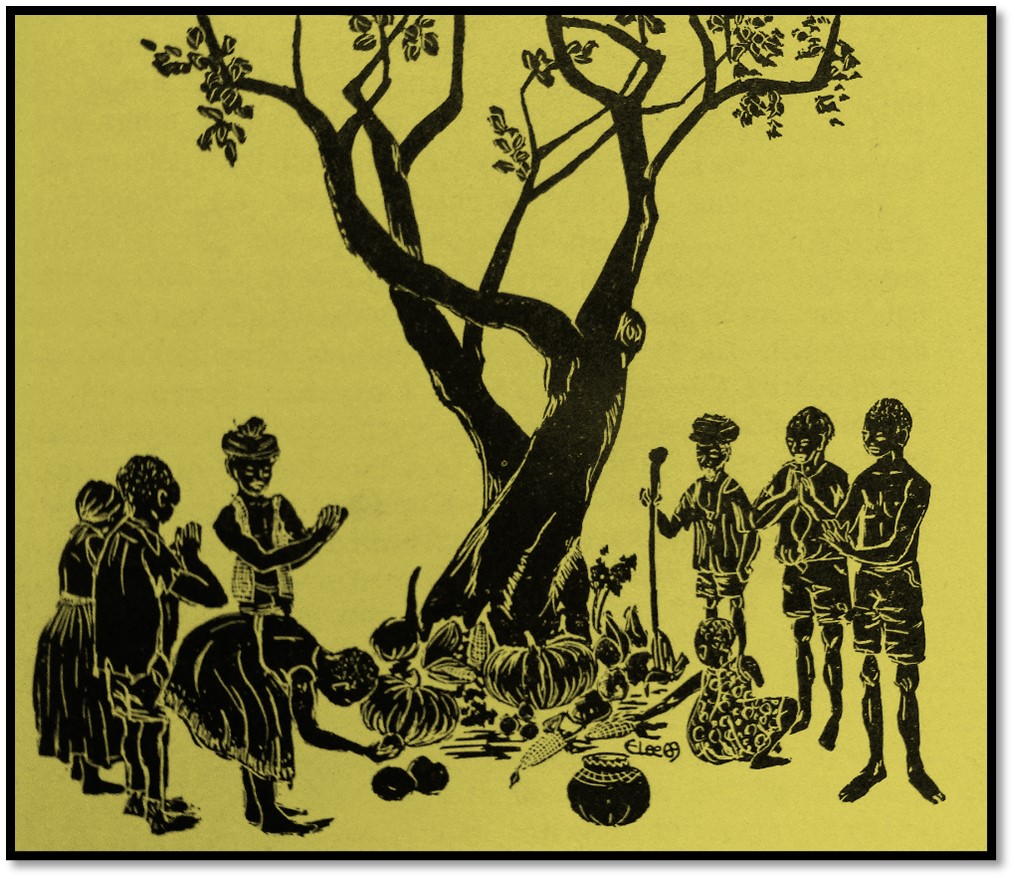 The ceremony to install a chief is also an important event. An announcement is made and people gather grain and begin brewing beer. On an appointed day a bull is killed. The skin is spread out with the side which has been in contact with the flesh facing up. The new chief is asked to sit naked on the skin. This is to make him brave and to enable him to treat every person with equality, regardless of whether or not that person is a member of his family. Tough, emphatic words are addressed to him by the elders. After this beer and meat will be given to everyone.