Take the (A2) Enterprise Road, passing through Newlands and Chisipite and continuing until the tollgates. Distances are from the tollgates. 0.2 KM turn left on the (A13) Shamva Road; 15.4 KM pass Ewanrigg turnoff on the right, 21.6 KM reach Bally Vaughn entrance on the left. 44.0 KM reach Murmurgwe rock art turnoff on the left, 68.8 KM reach the Bindura road on the left and continue on to Shamva. 69.7 KM turn left at the junction, 70.5 KM turn left and pass the War Memorial, then District Administrator’s Offices on the left, ZRP offices on the right, 70.8 KM reach the Shamva Store. 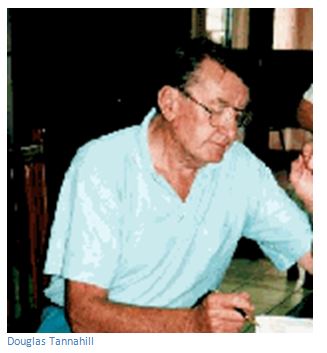 Douglas worked for Zimbabwe’s agricultural extension service, Agritex for most of his career and it was only later in life that he started painting full-time. He told me when I went to collect one of my watercolour paintings below that he regretted not taking up painting professionally earlier in life.

Born in Northern Ireland, I have no details on when he moved to this country. His job must have taken him to many remote rural areas where he would have had plenty of opportunity to view the scenes of rural life he loved to paint; the farm buildings and machinery, old houses, livestock, especially cattle, and of course the people who lived and worked here and who feature in so many of his paintings.

He was educated at Coleraine Academical Institution and Queens University, Belfast where he graduated with a B.Sc. His art was mainly self taught, but he did study under the late Jack Marriott R.I. and Kenneth Webb R.B.A and he was greatly influenced  by the watercolours of Wycliffe Egginton R.I., a painter of the 1930's and 1940's, one of whose paintings is shown below. 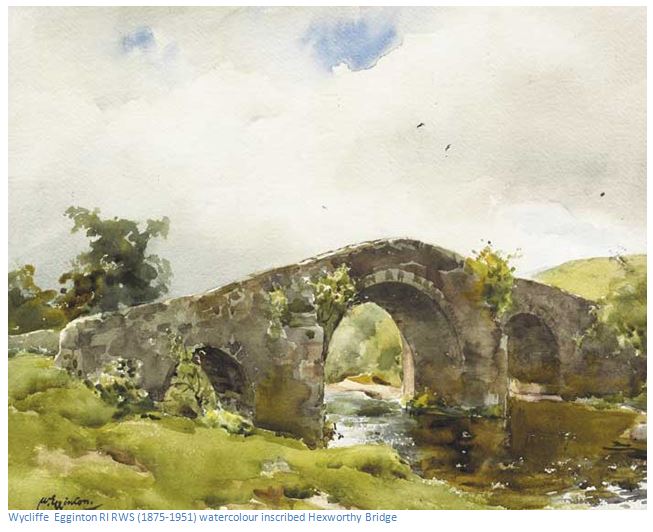 The two watercolours below are of the same scene in Shamva; but from a slightly different perspective…I remember Douglas telling me that they were stores located at Shamva. On the first scene below, a tailor works at his sewing machine on the verandah and a bicycle is propped up against a pillar. Two women in headscarves converse in the foreground, one characteristically bending over with her hands on her knees. Douglas took a couple of paint brushes and painted in the cockerel  in a few brief seconds whilst I chatted with him, adding with a laugh that this made the landscape more characteristic of a rural scene. I suspected it might have been a way of personalizing a picture for a client, because it certainly worked for me!

At the time of the visit in 2016, the white store behind the two African women had been knocked down and no longer exists. I found a group of local men using the remnants of the wall overlooking the old verandah as a communal seat  and sitting in the shade of those same trees that Douglas included in his painting. They readily identified the stores in the watercolour painting, but did not know in which year the store had been demolished, or why. 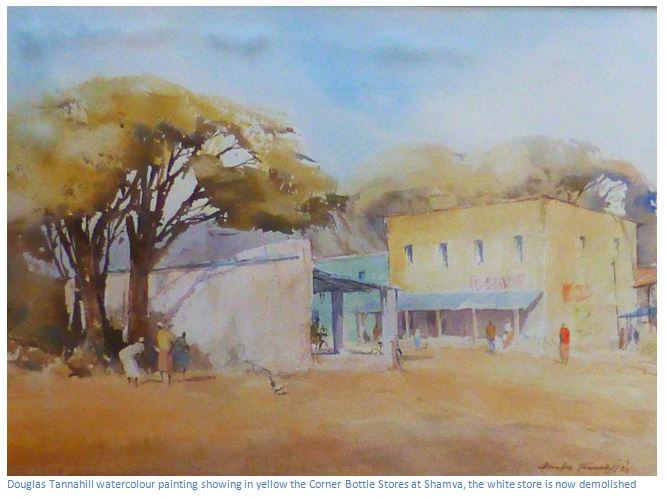 The scene in the watercolour painting below looks up the road towards the District Administrator’s Offices and the Zimbabwe Republic Police Camp. The demolished store on the left of the first watercolour has been omitted and instead, the Shamva Store further down the road, is featured. The scene is similar though; local people going about their daily business buying groceries from the stores and chatting with their neighbours. In those days employees of the Shamva Gold Mine, just one kilometre east across the A13 national road must have made up many of the customers. 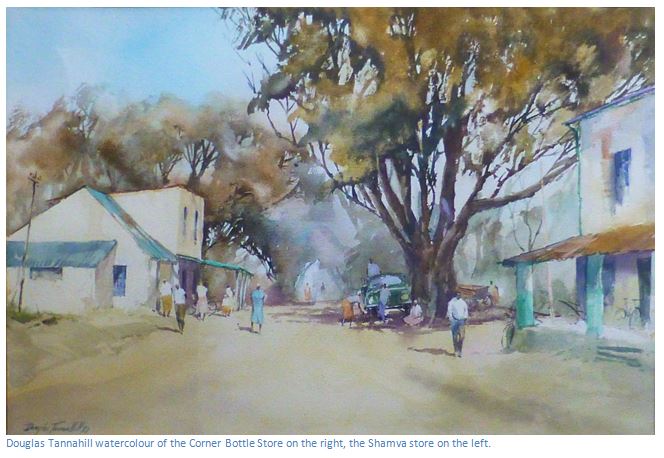 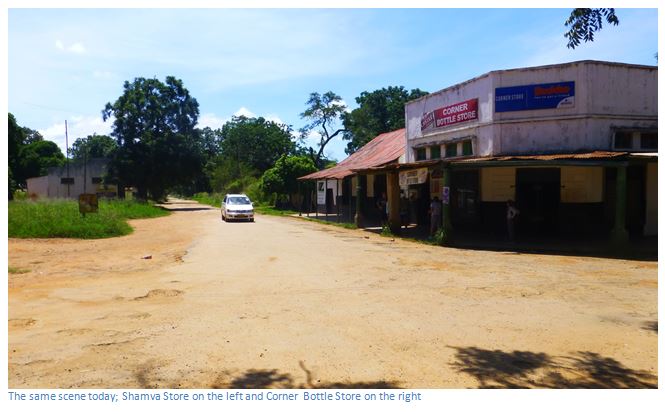 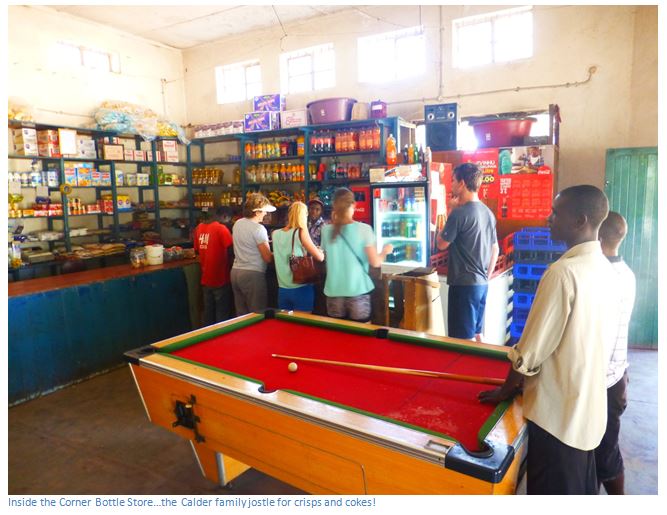 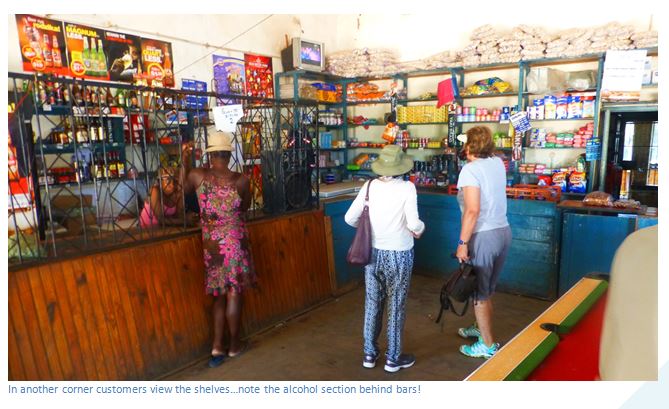 Douglas Tannahill established himself as a water-colourist of the highest international standards and his Southern African landscapes are quite frequently seen at local and international auctions. It has been a pleasure to link the site of some of his paintings with their contemporary setting in rural Shamva.

When to visit:
All year around
Fee:
None
Category:
Cultural
Province:
Mashonaland Central