The Museum building itself, now known as Rhodes’ stables was built by a stonemason, R. Marks, and was used for the stabling of horses and mules during the several visits Cecil Rhodes made to Nyanga between 1896 and 1900. On his death in 1902, the Nyanga estate was part of his bequest in trust to the people of Zimbabwe. The National Trust of Zimbabwe acquired the right to occupy the building in 1974 from the Government for the public display of manuscripts, photographs and other exhibits of interest relating to Nyanga and persons and events connected with its history and development. 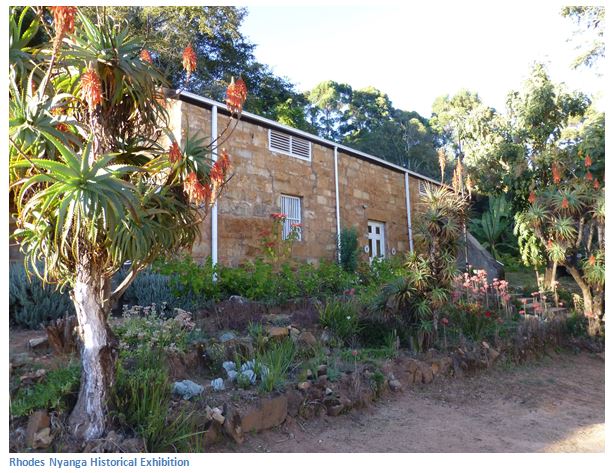 The exhibits include locally excavated tools and artefacts from the Stone Age period and explain life in the Iron Age. A photographic display of evidence of communities of the fifteenth to seventeenth centuries, including the pit structures, forts and terracing and the gradual movement from the Uplands to the Lowlands at Ziwa Ruins can be seen. It goes on to describe the tribal areas that existed and the Treaty negotiated between A.E. Colquhoun on behalf of the BSA Company with Chief Mutasa is described. A detailed account of traditional leadership in the area since the first records were kept is displayed. 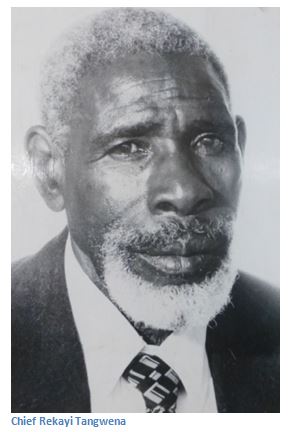 The Museum describes how Chief Rekayi Tangwena defied attempts by Ian Smith’s government to be moved from their ancestral lands north of Nyanga, despite the 1967 Court judgements ordering his people to be evicted for unlawfully occupying land in contravention of the Land Apportionment Act.  They refused to be settled elsewhere and resisted eviction, even though their homes were destroyed, and they even hid in the hills, whilst others found sanctuary on Cold Comfort Farm with Guy and Molly Clutton Brock.

There are descriptions of the five Nyanga Dams and the history of trout fly-fishing and a detailed account of the history the Church of the Good Samaritan, Juliasdale, with the original restored organ displayed. A series of tableaux depicting the layout of a typical estate office, living and dining room furniture, including a stove hung with clothes irons, to depict life in the nineteenth Century. Also, the poignant display of the medals awarded to an African soldier, Mambo Dick, a veteran of World War I and II.

Displays tracing the history of the local Hotels, Missions, hospitals and Schools are in the process of being researched. The establishment of Homecraft Clubs in the 1950’s will also be featured.

The recent opening of the Don Grainger Reading Room with a good number of donated historical, research and reference books provides a useful resource for interested visitors and students. The display of Don Grainger memorabilia highlights the achievements of this most remarkable man.

When to visit:
All year around, closed on Tuesday 8:00am to 5:00pm
Fee:
An entrance fee is chargeable
Category:
Historic
Province:
Manicaland