The main features are the thick, high walls of large, close fitting, blocks of stone forming enclosures and are characterised by low lintelled entrances, the lintels made of dolerite, and small, square loopholes and a raised parapet walk inside the perimeter walls. The small (30 cm) square holes in the walls, naturally called loopholes, always attract comment as they are not splayed and give such a restricted view they seem useless to modern eyes. Roger Summers says that in Hall's 1905 plan there are fifty-eight loopholes; but in the 1951 archaeological survey there were only fifty-four, so some may have collapsed. Within the enclosures there are low stone circles, the remains of huts and granaries. They are believed to date from about the sixteenth century when the climate of the Nyanga uplands seems to have been drier than today, enabling grain crops to be cultivated. The period of fort building (1500 to 1700 AD) in the Nyanga Uplands appears to have been a period of great tribal unrest.

Roger Summers believes the original enclosure was (B) to which (E) and (F) were then added. Then came (A) then (D) and finally (C) 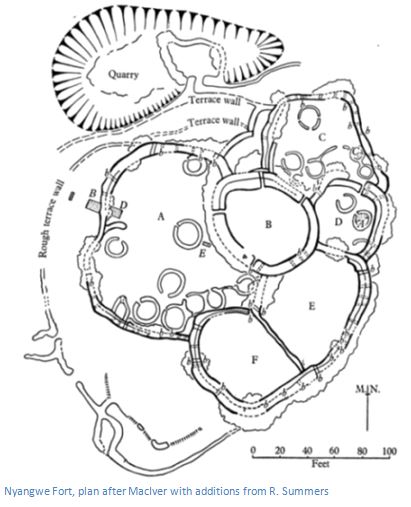 Nyangwe is the most complex fort, crowning a rocky promontory with a steep drop on the northern and southern sides. The summit is crowned by the original enclosure, which is surrounded by five further enclosures. All have loopholes and most contain low stone circles of hut bases. The stone for the walls was probably obtained from the very overgrown pit on the east side of the fort. From a small enclosure 275 metres west of the fort, Roger Summers excavated the only skeleton of the Upland Culture of typically African type.

The access road to the Fort is in poor condition and a high clearance vehicle will be required. Little maintenance appears to have been carried out at Nyangwe Fort for several years and the site is extremely overgrown with brush and heather. It is possible to force a path through the undergrowth and use the walls for viewing the site. However, this is not good practice as the stones become dislodged from the walls and the site will become increasingly damaged by visitors. Snakes like to sun themselves on the rocks and visitors should wear boots and stamp their feet as they progress to give any basking snakes plenty of time to retreat to their holes. 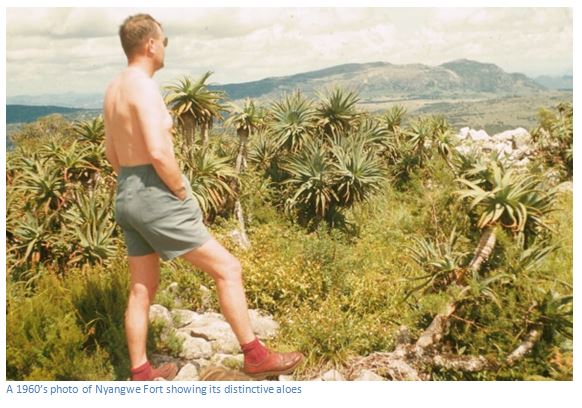 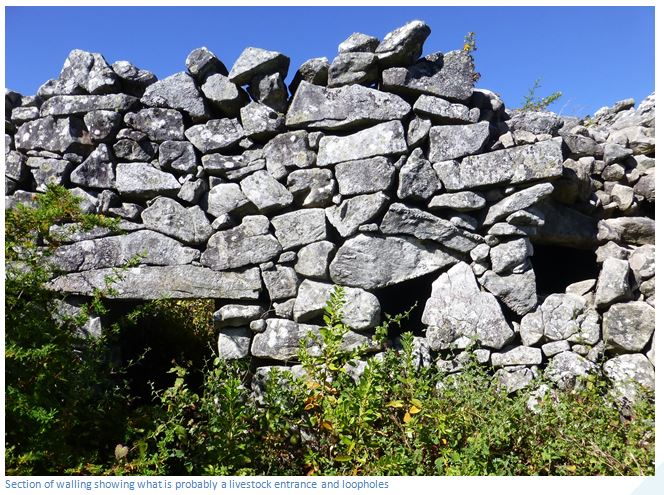