Despite being crippled by decades of underfunding, the Mutare Museum manages to be welcoming, as well as entertaining and educational. The displays may be old and a bit tired, but they still feature high quality exhibits, particularly the Transport Gallery and the Boultbee Gallery.

The Director, Mr Paul Mupira and his team of dedicated staff are to be commended for their professionalism and positive enthusiasm in maintaining the high standards of the Mutare Museum in spite of the handicaps outside their control.

For the general visitor in search of background information on Manicaland there is plenty of material, for example the firearms display is acknowledged as one of the best in Africa, and the transport exhibits are excellent. A visit to this excellent Museum is definitely recommended.

Mutare Museum was initially established by local enthusiasts as the Umtali Museum Society in 1954, before becoming a National Museum in 1959 and will always be indebted for its most spectacular collection of vintage cars, motorbikes and wagons, coaches and steam engines donated to the Museum by local enthusiastic collectors and the first Honorary Curator, Captain E. F. Boultbee. 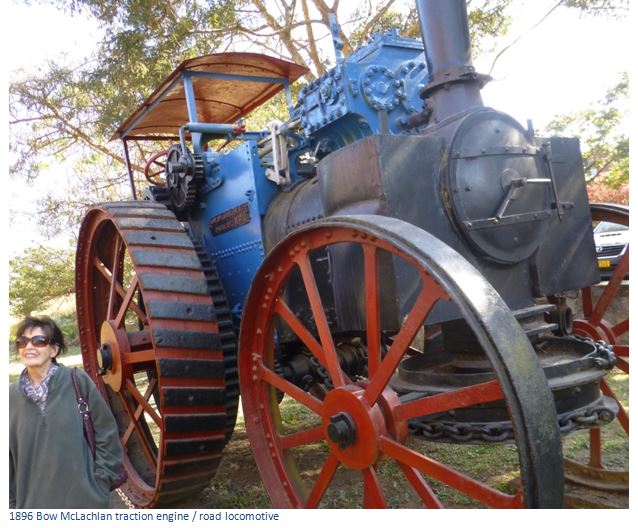 This 1896 Bow McLachlan Traction Engine / Road Locomotive was one of two engines especially made for The Manica Trading Company to transport goods from Chimoio to Harare using wagons in tow. At the entrance to the Museum is a three-inch calibre naval cannon, made in 1794. Later used for haulage on various local mines, the Traction Engine has been magnificently restored and is in fine condition. 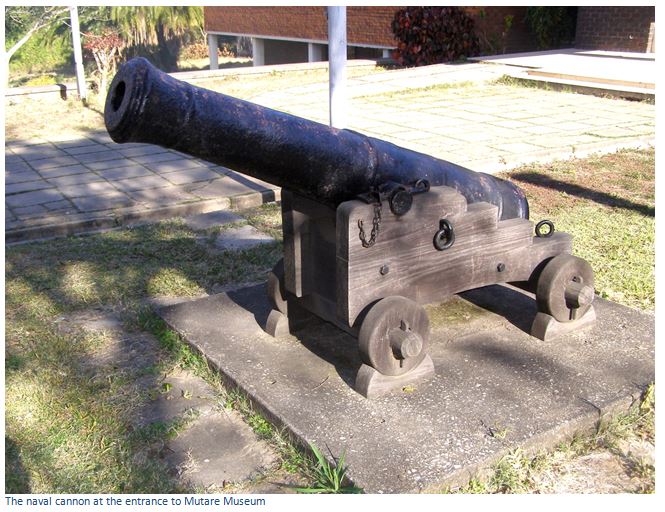 In 1957, the Municipality of Umtali made available to the Museum Society the dining-room and kitchen section of the old Silver Oaks Hostel, a wood and corrugated iron building in Victory Avenue just above the present Museum site. This gave the Society the opportunity to exhibit, on a semi-permanent basis, the collections which it then possessed and the galleries of the new Umtali Museum were completed in time for the official opening by Sir Alfred Beit on 13th September, 1964.

The general layout of the excellent Geology Display was prepared by the Curator in consultation with Professor Bond, Dr. Cooper and Mr. Mennell who cut and polished many specimens for the display of precious stones.

Antiquities are featured in the Boultbee Gallery which has a wide collection of old guns and pistols, swords and bayonets used over centuries which was prepared by Captain Boultbee. Three major collections form the bulk of the firearms display. Firstly from Colonel Methuen who had an excellent collection of military equipment consisting largely of the heavier pieces, including the very fine seven pounder field gun. Then the nucleus of the small arms collection brought out from England and donated by Captain Boultbee, who was Honorary Keeper of Arms until his death in 1965, and finally the small and medium arms added by Mr Perkins, successor to Captain Boultbee as Honorary Keeper of Arms. The collection has been updated with examples of weapons from the Liberation Struggle and is acknowledged as one of the best in Africa.

The Beit Gallery focuses on archaeology and ethnology. The archaeological displays cover the history of man; Early Stone Age; Middle Stone Age and Late Stone Age. Many implements of those periods are exhibited, as there are many examples to view in Manicaland, together with a painted copy of the late Stone Age Diana's Vow rock painting near Rusape. The Iron Age is covered and a variety of copper, iron and bronze bracelets of the period shown.

In the Ethnological displays, there are artefacts from local cultural heritage sites, as well as examples of modern utilitarian pottery and basket ware, together with a collection of snuff boxes, headrests and ceremonial axes. A collection of knives from the Eastern Districts shows intricate carving and copper work; these forms of decoration are still to be found. A figure of an N’anga, or traditional healer with his typical regalia and equipment is shown. 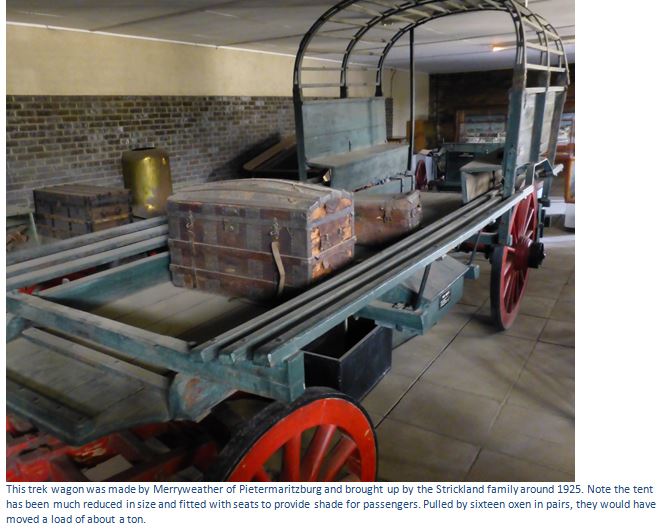 The Mezzanine Gallery features permanent displays of natural history specimens from Manicaland including snakes, fish and mammals. These attractive dioramas showing animals in their natural surroundings dating from 1964 form the basis of most of the displays featured in the Museum today. 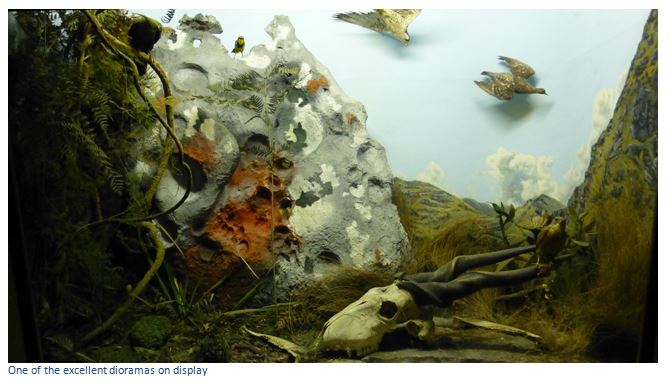 The Eastern Districts Gallery displays flora and fauna of Manicaland with 1964 time capsules depictions of the Vumba, Nyanga, Eastern Highlands, Save Valley, Chimanimani and Chirinda Forest. 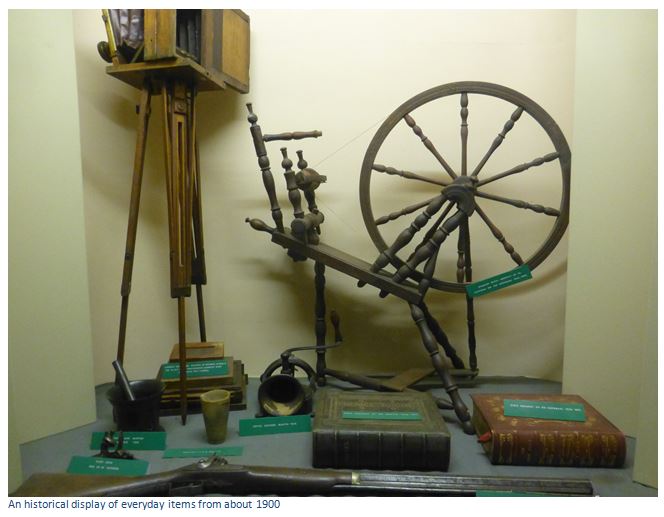 The Transport Gallery has a permanent display of animal drawn wagons, motorbikes, vintage and later cars and tractors for agriculture that were used during the early days, plus two railway locomotives.  The “Winston Churchill” was built in 1929 by Hudswell Clarke in Leeds, the builders’ number being 1523. Two locomotives were purchased by the Rhodesia Railway that on 1 October 1927 took over all the track and rolling stock that had previously been operated by the Mashonaland Railway Company under the title Beira and Mashonaland and Rhodesia Railways. They were RR1 “Rhodesia” and RR2 “Winston Churchill” and were bought to replace the “Jack Tar” now at the Bulawayo Railway Museum. Both are 0-6-0T locomotives; but their wheelbases proved too long for Beira docks, so they were kept in storage for twelve years, before being moved to Mafikeng and Mutare for shunting duties, and finally to their current homes at the Bulawayo Railway Museum and Mutare Museum. 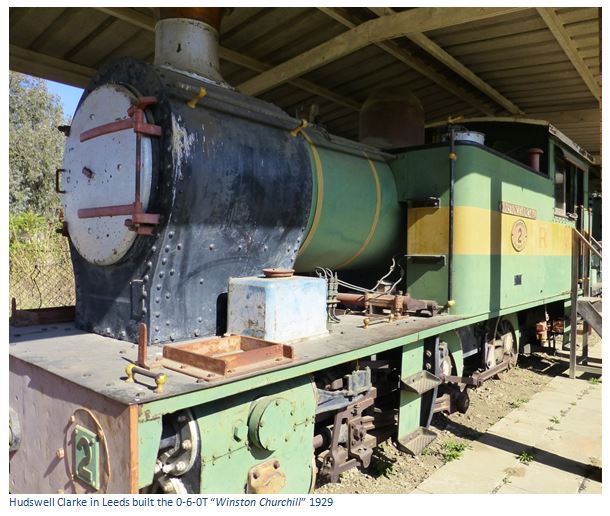 The “Mary” is a 0-4-2 narrow gauge tank locomotive built in 1936 by Peckett and Sons of Bristol and is named after Mary Bayliss, the wife of the General Manager of the Bechuanaland Exploration Company, who then managed the Rhodesia Chrome Mines Ltd at Selukwe; she worked on the chrome mines of the Selukwe Peak Light railway until 1967. She was the 4th locomotive to be used on the SPLR, which had its beginnings in 1916, and was a 2ft 0 inch gauge line which connected with the standard gauge 3ft 6 inch gauge railhead at Selukwe. “Mary” operated with “Ivy” the 3rd Peckett tank locomotive (now at the Kadoma Steam Centre) and also the 7th locomotive, the “Karen” of the same 0-6-0 design, for many years until the arrival of the more powerful Hudswell Clarke diesel locomotive. 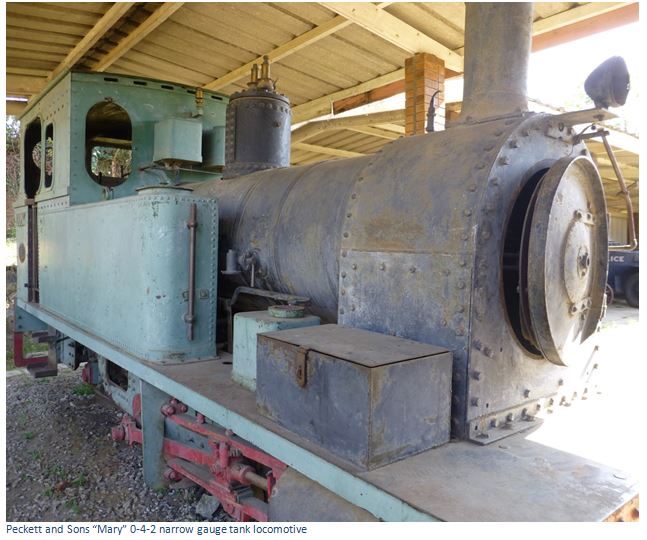 The Ivel tractor is the oldest tractor in Zimbabwe, it was used for farming and was purchased around 1904 and is only one of eight complete Ivel tractors known world-wide. 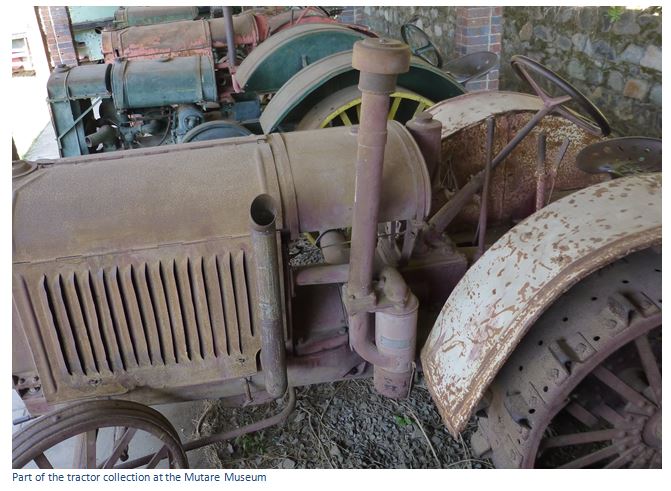 The Museum supervises the promotion and conservation of all the proclaimed monuments in Manicaland; this important task along with current archaeology programs and publication of research papers is a useful and necessary role carried out by Museum staff.

Behind the scenes the Education department activities include outreach education programmes to the Region’s rural and urban areas. The Mutare Museum in the past managed to maintain public interest at a high level by arranging lectures, slide shows, demonstrations, films, open days and excursions, and by regularly publishing a monthly newsletter. These activities need to be revived as soon as funding permits.

Sadly, there are numerous signs that the Mutare Museum is in decay due to decades of underfunding from Government. The National Museums and Monuments of Zimbabwe (NMMZ) find themselves at the very end of the priority list as far as Government and Corporate Sponsors are concerned. NGO’s are also facing more urgent priorities with continual food, education and health crises to fund. There are no funds for temporary displays; a great pity as it is their publicity which brings visitors and local residents through the doors. We can only hope that things will change for the positive in the future and Museums will regain their rightful cultural and educational place in Society.  Despite the underlying problems, visitors are given a warm welcome to the Mutare Museum and a visit is an enjoyable and pleasurable experience.