On the outskirts of the western side of Mutare is the Murahwa's Hill Nature Reserve where archaeological excavations have been carried out in the past. The Ziwa people (200-800 AD) were the first farmers in the area and items of pottery and items recovered from these excavations are displayed in the Mutare Museum. On the south-western part of the hill there is an early Iron Age settlement of the Ziwa Period with a stone-walled settlement higher up that may be associated with the Rozvi Dynasty in its upper levels (Late 17th century)

The hill is named after a Manyika village-head who was the last local occupant of the site and traditionally it was been protected in the past as a place of spirits.

Entering Mutare from Christmas pass on the A3 Harare to Mutare Road, turn right at the BP garage onto Magamba Drive, 1.6 KM the entrance gate to Murahwa’s Hill is signposted and on your right just before the Mutare Agricultural Showground.

Paths have been cut and are maintained by the National Trust of Zimbabwe’s caretaker from the car park to the summit of Murahwa’s Hill where there is a rock gong and a granary cave for storing millet along with nearby grinding querns. There are wide views over Mutare from the kopje with the old Christmas Pass road on the northern side. 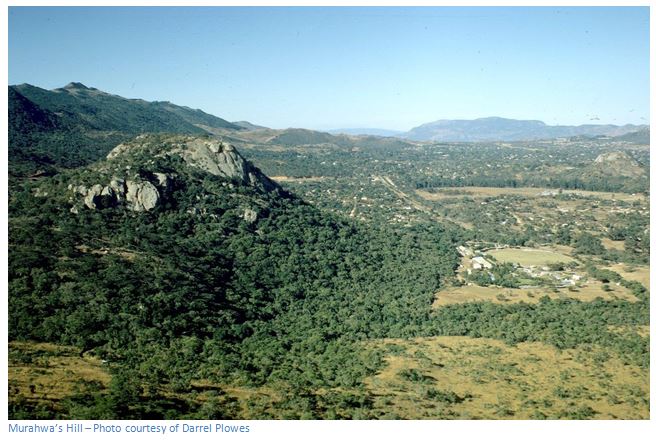 The vegetation varies from canopy evergreen forest on the wetter eastern slopes to drier deciduous woodland on slopes facing Christmas Pass combined with rocky exposed slopes, ravines, watercourses and granite outcrops all contribute to extremely diverse microhabitats. The ecoregions correspond to Eastern Highlands and Middleveld areas. The customary winter season fires have been prevented resulting in many of the indigenous trees reaching great maturity, many of the larger forest trees are estimated to be at least 150 years old, and great diversity as over 132 species of trees have been recorded, as well as broad range of vines, fungi, mosses and ferns, a very rich variety for such a small area. 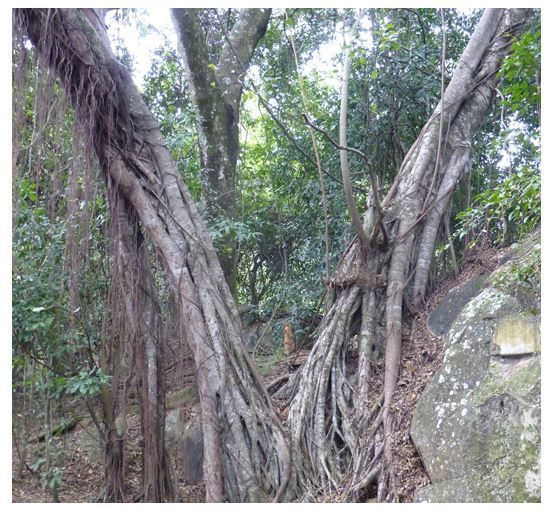 Rare birds, butterflies and trees are found in their natural habitat. Bird species include the Silvery-cheeked Hornbill, Trumpeter Hornbill, Livingstone’s and Purple-crested Louries (Turaco’s), Tambourine Dove, Golden-rumped Tinkerbarbet, Yellow-fronted Tinker-barbet, Whyte’s Barbet, Gorgeous Bush-shrike, Red-capped (Natal) Robin-chat, and Jameson’s Firefinch. Over 200 of Zimbabwe’s 500 species of butterfly have been recorded at the site with further work and discoveries to be made concerning the many moths, beetles and dragonflies.

Sadly the rock paintings have been severely vandalised and painted over in grey paint. Unfortunately there is no longer a fence and the secluded nature of the area makes for a security hazard to visitors. We saw a number of persons who appear to have made their home within the property and many who pass by on the main road use the Nature Reserve as a public toilet. When the National Trust has funds, a security fence should be the first priority, even before an interpretative Centre, which will simply be vandalised, if the Nature reserve is left in its current state. 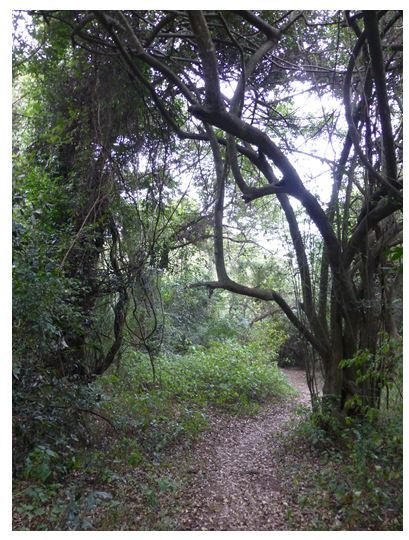 When to visit:
All year around Monday to Saturday 8am to 5pm
Fee:
Entrance free
Category:
Scenic
Province:
Manicaland