Home > Manicaland > The Inodzi Gums – the tallest trees in Zimbabwe

The Inodzi Gums – the tallest trees in Zimbabwe

This magnificent half hectare grove of flooded gums (Eucalyptus grandis) and tallowwood (Eucalyptus microcorys) are the tallest trees in Zimbabwe.

They were planted by the Strickland family between 1905 and 1910 and left to grow for over a century.

Located in the lush and hilly landscape of Penhalonga, an avenue of indigenous red mahogany (Khaya nyasica) leads to the Inodzi Gums

From Harare to Mutare on the A3 pass the A15 turn-off for the Nyanga Road. 2.2 KM later turn left before Christmas Pass at the petrol station on the road signposted for Penhalonga. Drive to Penhalonga Village passing at 5.9 KM on the right the La Rochelle turnoff, 7.2 KM pass the turnoff on the left for the Fairbridge Road, 8.8 KM pass the police station, 10.4 KM pass John Meikle Road to Redwing Mine. At 12.5 KM immediately after rounding the bend, turn right off the tar road onto a farm track. At 13.1 KM climbing up the rise turn right onto a faint track. At 13.5 KM turn left into an avenue of Natal mahogany, after 700 metres park on this side of a small stream which flows down the valley and walk to the Inodzi Gums which begin immediately after the stream. First walk through the gums and contact the owner at the house for permission to view.

For a local guide, I strongly recommend contacting Gary Goss in advance of your visit and meeting at La Rochelle. This is an artisanal gold-mining area and local people can be suspicious of visitor’s intentions. Gary is well-known and respected. Mobile  0772252001, or 0772249011.

Lyn Mullin and his colleagues in the Forestry Commission, Richard Barrett and Lisle Orpen and many of their forestry colleagues, botanists, ranchers, National Parks officers, farmers and tree lovers contributed to the magnificent volume Historic Trees of Zimbabwe which highlighted the variety and importance of Zimbabwe’s trees.

The Inodzi Gums are situated in Penhalonga, on what was once the property of the Strickland’s, family who generously donated ox wagons and carts to the Mutare Museum and whose farm was illustrated on the old Southern Rhodesia One Pound bank note. 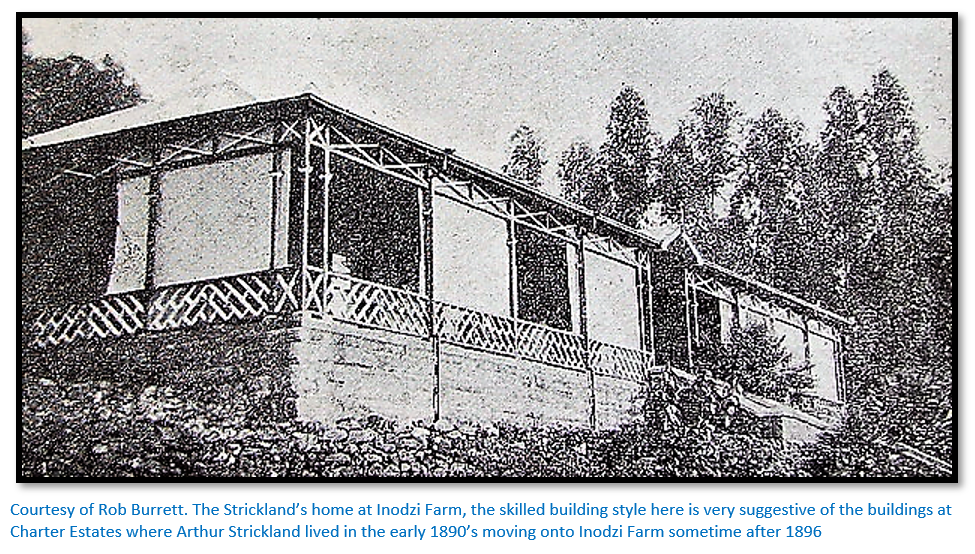 Lyn Mullin states the trees are a mixture of flooded gums (Eucalyptus grandis) and tallowwood (Eucalyptus microcorys) and are the tallest trees in Zimbabwe. Their exact date of planting is unknown, somewhere between 1905 and 1910 they were planted in a steeply descending narrow valley with a perennial stream. At one time a furrow led along the track to supply water to the homestead and Lyn Mullin attributes the deep, fertile soils and constant water to the astonishing growth of the trees. 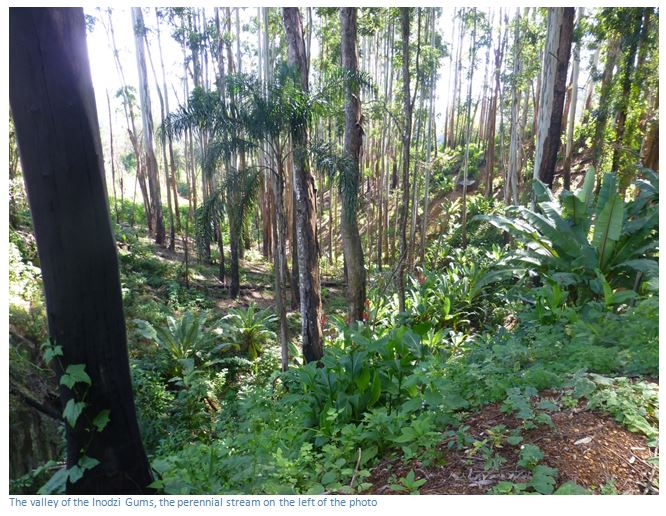 When Mrs Strickland died in 1957, her executors needed to value the estate and approached the Forestry Commission who measured the trees the same year and again in 1984, an exercise which established a height of 74 metres for the flooded gums and 65 metres for the tallowwoods. Lyn Mullin says the country’s first Forest officer, Dr J.S. Henkel, measured the trees in about 1921, but few would believe his figures which were only proved correct 36 years later! 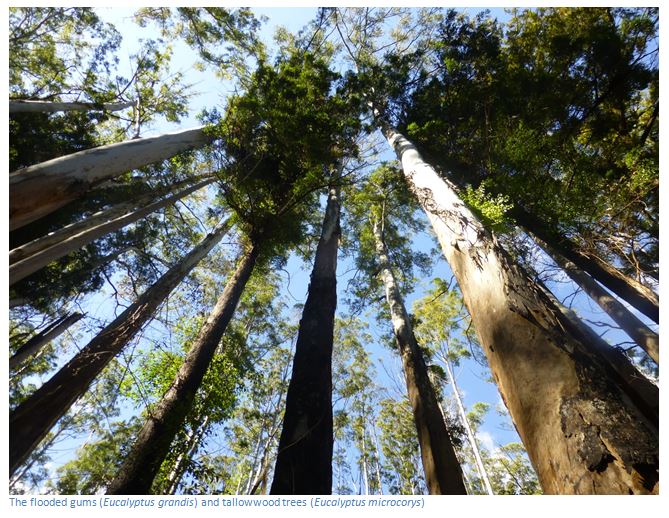 In 2015 a huge fire raged through this area, including the half hectare of these magnificent trees, and it is clear that many were burnt quite seriously…whether this will be fatal for individual trees only time will tell.

The trees face severe threat from fire and timber felling. Local people live in hard times and there will be a strong temptation to permit illegal loggers to fell the tallest trees in Zimbabwe which are entirely unprotected and irreplaceable. 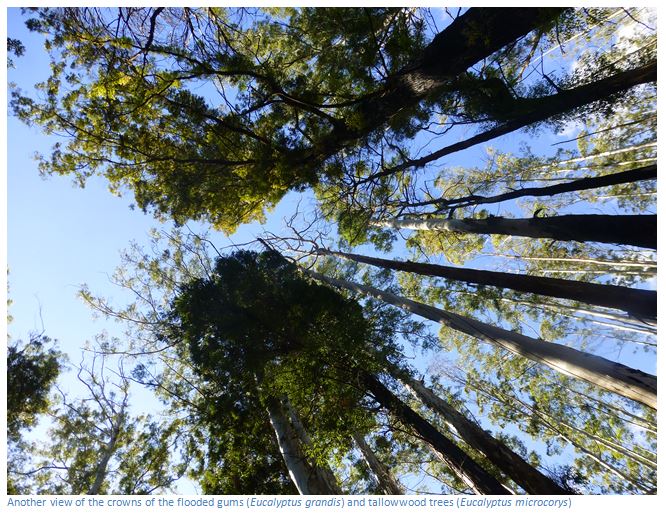 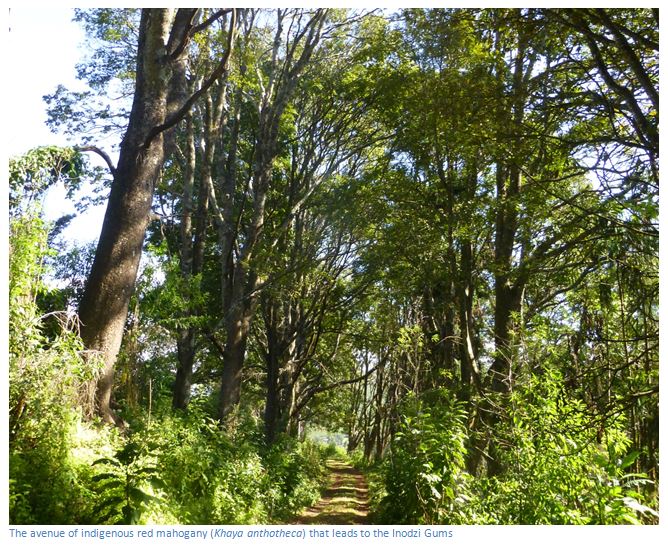 When to visit:
All year around
Fee:
Not applicable
Category:
Cultural
Province:
Manicaland