National Monument No.:
49
Why Visit?:
How to get here:

Take the A3 into Mutare Central, upon crossing Herbert Chitepo Street, the A3 becomes Robert Mugabe Road to its junction with Park Road and turn left, 0.3 KM turn right into Vincent Avenue which becomes Rekayi Tangwena Drive, 2.7 KM turn right into gravel road, 2.8 KM take the left fork at the T junction continuing on this road, 3.0 KM reach car park 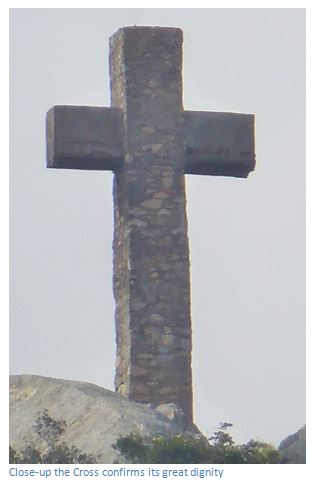 C.M. Hulley in his fascinating History of Manicaland states; “everyone has admired the majesty of the Cross Kopje War Memorial standing on what was once known as Baboon Kopje in Umtali (now Mutare) and many have marvelled at the engineering problems involved, and the motive behind such an achievement.

The feat was accomplished by an Umtali firm, Methuen Brothers, which was owned by Captain Stuart Methuen, in partnership with his brother Colonel J.A. Methuen. The brothers decided that a memorial should be built in memory of those Africans of Rhodesia and Mocambique who had fought in East Africa with the 1st and 2nd Battalions of the Rhodesia Native Regiment - the R.N.R., and had lost their lives. Every single item of material and every drop of water had to be carried up the steep path from below.

Colonel Methuen was unable to help with the actual construction because of troublesome leg wounds and the effect of gassing in the First World War. He took over the managerial side of the operations and later the arrangements for the unveiling, which took place on August 30th, 1924 and was dedicated by the Right Reverend Bishop Bevan, the Chaplain for the Forces in Southern Rhodesia, and unveiled by Councillor W. Stowe, Mayor of Umtali, in 1924. Picture the scene of the unveiling! There stood the massive cross of rock and reinforced cement, thirty feet high (ten metres) and nearly four feet thick (one metre) weighing an estimated fifty tons, triumphantly silhouetted against the skyline, overlooking the town.”

The memorial was originally illuminated by floodlights and owes its existence to the generosity of Colonel J. A. Methuen, D.S.O., T.D., V.D., and his brother, the late Captain S. A. Methuen and is inscribed:

Manicaland is very grateful to the Methuen brothers, who carried the entire cost of the project for this unique and magnificent memorial; a reminder that both black and white races stood shoulder to shoulder in the conflict against a common foe.

It is fitting that in 2016, two years after the one-hundredth anniversary of the Great War, the sacrifice of so many young men and women in a World War that caused the death of some 37 million people and engulfed much of the world should be remembered with pride. The death of these African soldiers has special relevance…the very first shots in the war were fired by British troops in Uganda on 5 August 1914, not many hours after Britain declared war on Germany at 11 p.m. on 4 August 1914; and the first battle-front of the war was in Togoland which was invaded on 8 August by British troops from the Gold Coast and French forces from Dahomey. 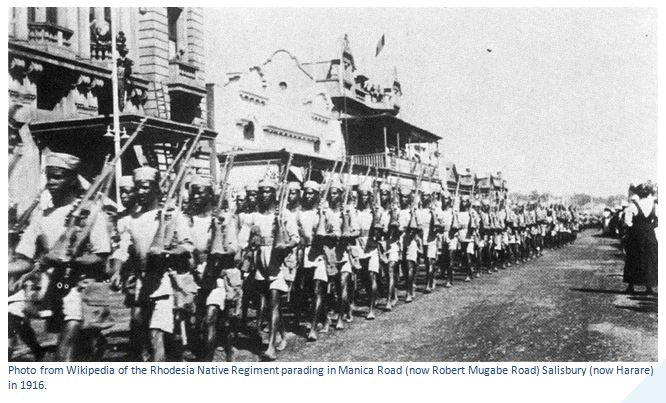 The 1st Battalion of the RNR was formed on 1 May 1916 to help counter the threat of Colonel Paul Von Lettow-Vorbeck, operating as commander of the German forces in German East Africa (now Tanzania) who threatened both Portuguese East Africa (now Mozambique) and Northern Rhodesia (now Zambia)  In July, the 450 new recruits were sent to Zomba in Nyasaland (now Malawi) for further training; but because the operational situation had changed, were immediately deployed into the German operational area north of Lake Nyasa (now Lake Malawi)

At Weidhaven, between 10 and 25 November 1916, the RNR, less one company that had been detached to go to Buhora, were attacked by two separate German forces, both of which they defeated. The General Officer Commanding British Forces in East Africa, General Jan Christiaan Smuts, said: "the conduct of this newly raised regiment, put into the firing line earlier than was intended through force of circumstance, reflects the greatest credit on those responsible for their short training, and on all ranks of the regiment."(McLaughlin 1980)

The one company that had been sent to Buhora also saw action, as they followed the rear-guard of a German column. The RNR deployed across the German forces front and both flanks and by the morning of 25 November, the enemy were completely boxed in. The German force surrendered next day and were taken as POW’s to Njombe.

Throughout 1917, the RNR fought running battles with the German forces with the troops marching an average of 31 miles a day in the harshest bush conditions and displaying amazing physical endurance.

In September 1917, a 2nd Battalion of RNR which had completed training established their camp at Mbewa on the north-eastern shore of Lake Nyasa and on 28 January 1918, the two battalions joined forces as the 2nd Rhodesia Native Regiment.

They were deployed to follow the now legendary Colonel Von Lettow-Vorbeck force, reduced to only 2,000 men, in a game of cat and mouse into Portuguese East Africa. On 22 May 1918, the RNR intercepted the supply column and captured it, then continued their pursuit of the main force. In doing so they marched an incredible 2,250 miles, until the German forces eventual surrender in Northern Rhodesia on 25 November 1918, 14 days after the Armistice in Europe.

In December 1918, having lost 159 soldiers of all ranks killed in action or on active service, and 136 wounded, the RNR returned to Salisbury where it was disbanded. A select few were retained to form the Askari Platoon at Government House in Salisbury. When the RAR was awarded its colours in 1953, they inherited the battle honours of the RNR: 'The Great War' and 'East Africa 1916-1918'. 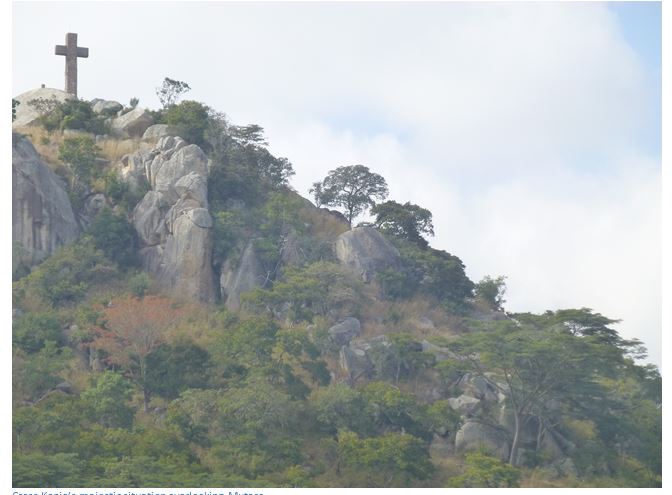 James Allin Methuen DSO, CdeG, had a distinguished military career. He was born in the UK in 1878 and went to Rhodesia in 1902 where he joined the Defence Forces. In June 1909, as a Captain, he was in command of the Engineer Company of the Eastern Division, Southern Rhodesia Volunteers. On 1 May 1910 he took command of the Eastern Division of Volunteers at Umtali and served in the SA Rebellion in 1914; in April he was promoted to Major and under General Botha was in South West Africa (now Namibia) where he was awarded the Croix de Guerre.

In 1915 he was appointed second in command of the First Rhodesia Regiment. Later in 1915, he returned to the UK and joined the 60th Rifles, with whom he won the DSO. In 1917 he was awarded a long service medal for the Southern Rhodesian Volunteers. In May 1918, he was appointed as a Lieutenant-Colonel, King’s Royal Rifle Corps, attached to and in command of the 18th Northumberland Fusiliers, a territorial outfit. In 1919 he returnd to Rhodesia, and subsequently was in charge of the defence force contingent at Umtali, now Mutare, Zimbabwe.

He and his wife, Doris Pemberton Methuen were present in mid-September 1915 at the opening ceremony of the Southern Rhodesia Diocesan Synod in Salisbury Cathedral, and in December 1917 he attended the memorial service for Sir Leander Starr Jameson held at St Margaret's, Westminster, London. A newspaper report states that In August 1922 various 'infant children' were baptised by Bishop Beavan at St John's Church, Umtali; amongst the parents were Col and Methuen. On 4 December 1922 he attended the unveiling of the war memorial and presentation guns at Umtali. He was president of the local branch of the British Empire Service League. Their son George Rennie Methuen was a Leading Aircraftman in the Royal Air Force Volunteer Reserve and died on active service on 25th September 1942 and there is a memorial to him at Ruzawi Preparatory School War Memorial, near Marandellas, Rhodesia. The Methuen’s lived at Methuen Castle in Umtali. 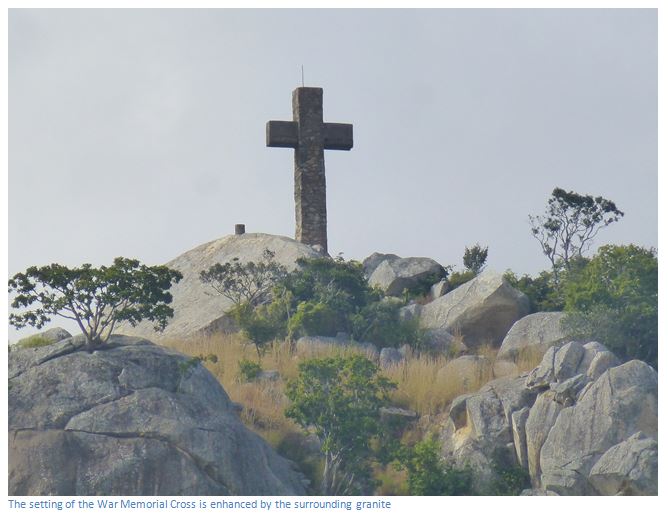