National Monument No.:
38
Why Visit?:
How to get here:

From Harare pass the A15 turn-off from the A3 main Harare to Mutare Road, 2.4 KM turn left before Christmas Pass at the petrol station on road signposted for Penhalonga, 7.2 KM continue past the Fairbridge Road going to the left, 8.3 KM the Indaba Tree was to the left on the opposite side from Penhalonga

Under this tree on what is called Sabi Ophir Hill, Machera we Hondo [Cloth of War] Chief of Staff to Tendai Mutasa, Chief of the Manicas, made war medicine for Chief Mutasa, who bargained with the Portuguese seeking gold concessions, fought with his neighbours, and when he was successful, attributed his victories as much to the Indaba Tree war medicine as to the military tactics of his soldiers. When Chief Mutasa walked a crier sung his praises: 'Here comes Mutasa, Lord of the Sun and Moon, The Dog that prowls by night!'

A Pioneer Nurses Memorial Garden or Garden of Remembrance was created on Sabi Ophir Hill at Penhalonga centred around a memorial seat and bronze plaque erected under a great fig tree (no longer there) known as the Indaba Tree at the place where the three nurses began their hospital in 1891. The seat was erected in 1941 by the Rezende Mine to mark the 50th anniversary of the nurses’ journey from Beira.

In May 1891, Sister Rose Blennerhassett, Sister Lucy Sleeman and Sister Beryl Welby had arrived in Port Beira seeking a way to Mashonaland to inaugurate a hospital. Their only route was up the Pungwe River in a small steam launch called the Shark. At last they reached the fort of Macequece, now restored to the Portuguese, where they were received with great kindness. A message was sent to Mutare to inform Bishop Knight Bruce that his nurses were on their way.

Under the same fig tree, these nurses established the first official hospital in Zimbabwe.

Exactly fifty years after these gallant nurses arrived, at a memorial of grey stone, semi-circular in shape, with a bronze plaque let into the back of the low seat, was unveiled at the site with the following inscription:

“On this spot Bishop Knight Bruce's nursing sisters, Rose Blennerhassett, Lucy Sleeman, Beryl Welby, after an arduous up-country walk from the east coast, and within one day of their arrival in Mashonaland, opened a camp hospital and thereby inaugurated nursing services in the Colony. 14th July 1891.” 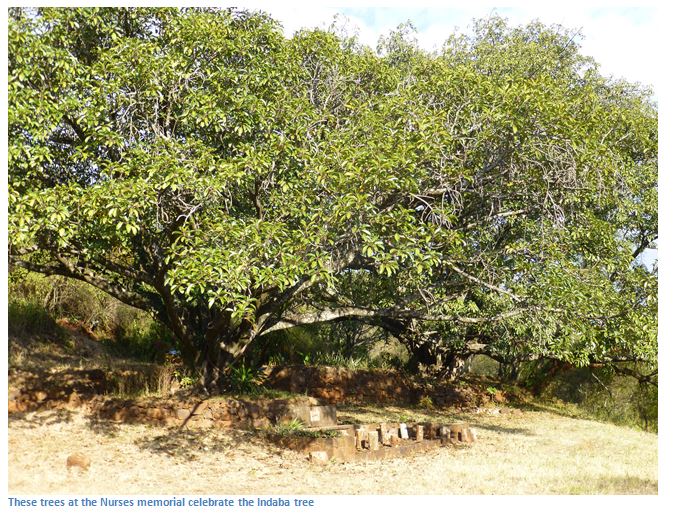