Alternatively, it is an easy and invigorating walk from either the Nyangombe natural swimming pool or the pit structures above the Rhodes Nyanga Hotel. 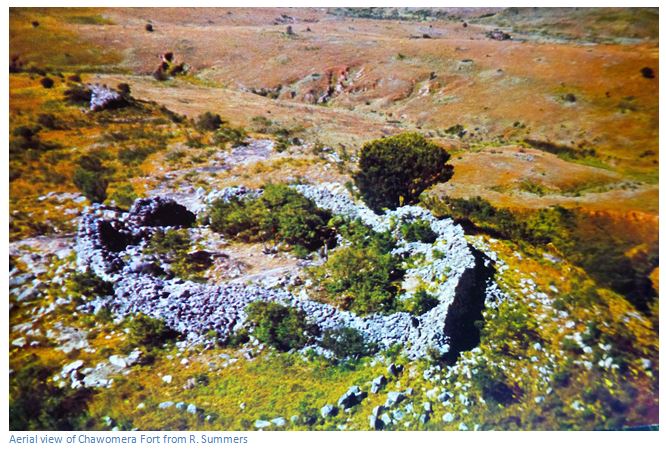 The single enclosure of the Fort has all the typical features described for an Nyangwe Fort and needs no further description. There are a few grooves, in which grain was ground, on the bare granite of the path leading from the car park to fort, strung along both sides of the road below the fort, and there are at least twelve pit structures which, with the fort, formed a complete village. Clumps of trees mark the positions of these pits. Particularly good examples are the pair just below the car park and a further pair, 180 metres further north along the road towards Troutbeck and just east of it. Between each pair of pits are hollows in the earth, from which the earth fill of the pit platforms was dug.

As with Nyangwe Fort, the access roads are in poor condition and the enclosure walls look in neglected state with grass and plants growing wild in and amongst the walling. Visitors should stamp their feet when walking about the fort to give any snakes sunning themselves on the rocks plenty of time to escape into their holes.

These upland forts with their pit structures are always on hill summits and promontories with wide views over the surrounding countryside and surrounded by steep rocky slopes. Their main features are the thick, high walls of large, close fitting, blocks of stone with low lintelled entrances, similar in size and construction to the pit tunnels. Frequently the walls are pierced at varying heights by small, square loopholes, but as they are not splayed they give a restricted view, or field of fire, so that no weapon could be discharged effectively through them. The walls are often thickened to provide a raised walk inside them below the parapet and usually there are low stone hut circles within the Forts. 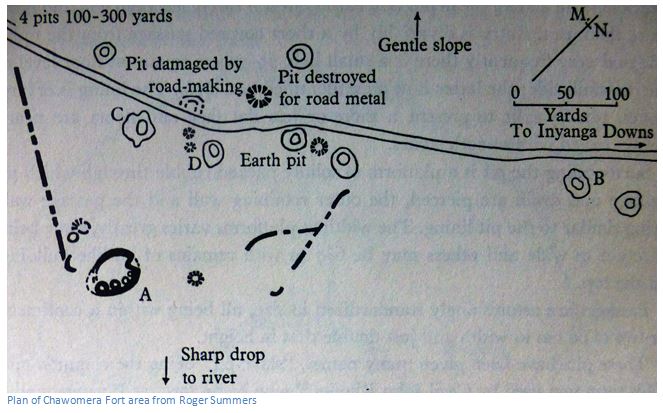 Roger Summers states there was at one time fourteen pit structures, but some were destroyed in the road making leaving twelve remaining, in addition to other deep pits which have not been stone-lined, a series of earthen terraces and stone walling all over-looked by Chawomera Fort making it typical of many other such groups in the area that are present; but Chawomera is more accessible than most.

The Fort was probably occupied by a Headman with eight or ten other families, each of whom drove their goats into the stone-lined pit-structures at night for safe keeping. Terraces were constructed by the men in winter and pit-structures needed to be maintained and cleaned out. During the rains the wives would be planting and hoeing on the terraces before reaping the grain to be stored in the grain huts on the platforms of the pit-structures. Life would have been hard, as the ground was poor and crops of sorghum and millet were sparse. 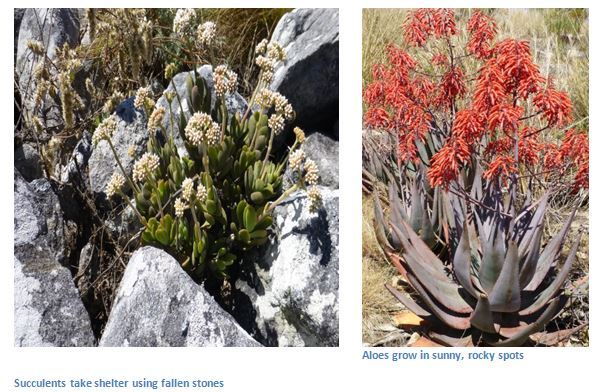 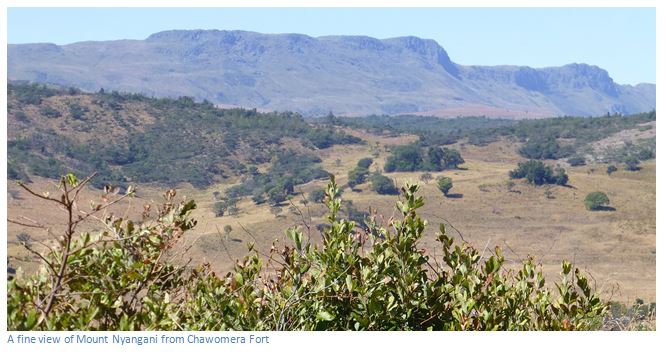