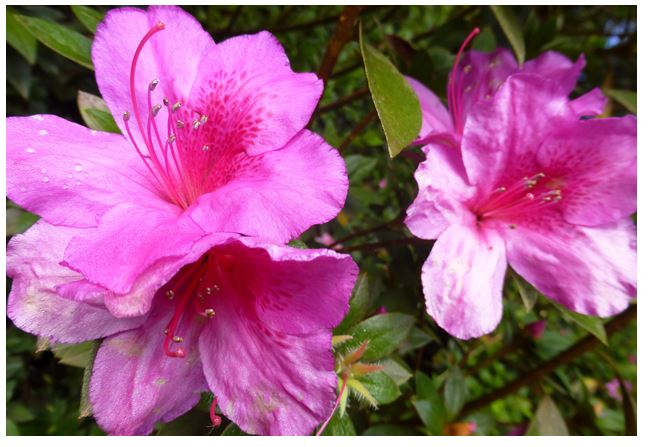 Manchester Farm, situated in the Vumba Mountains, was bought in 1926 by the late Mr. F.J. Taylor, a Mutare businessman who was at one-time Mayor of Umtali. He developed it as a weekend hobby and his wife started a garden by hacking out raw bush, but preserved the indigenous trees. In 1940, shortly before he retired from business, Mr. Taylor built a dam on the farm, whilst Mrs. Taylor developed the sheltered walks between indigenous fern trees leading to displays of banked hydrangeas, proteas and azaleas, begonias, lilies, aloes, fuchsias, cycads and many other species. Friends and casual visitors enthused over the Taylor's garden and persuaded them to open it to the public. Known as Manchester Park then, the Gardens became a tourist attraction.

On Mrs. Taylor's death in 1954, her husband continued maintaining the Gardens, but with the passage of time, he realized that the task was beyond him and agreed to sell Manchester Park to the Government. The nucleus of the combined area was bought by Government from Mr Taylor in 1957 and was proclaimed a National Park in 1958. In 1960, the name of the Gardens was changed to Vumba National Park and again in 1975 to the present Vumba Botanical Garden.

Of the 201 hectares, 42 hectares have been declared a Botanical Reserve and the other 159 hectares a Botanical Garden. Today much of the former area is left to its own devices and a much reduced area is maintained, not surprising really as most weekdays only record one or two visitors.

The Botanical Reserve is well endowed with indigenous orchids and ferns and a network of footpaths enabling visitors to explore the area of natural woodland on the eastern slopes of the mountains. 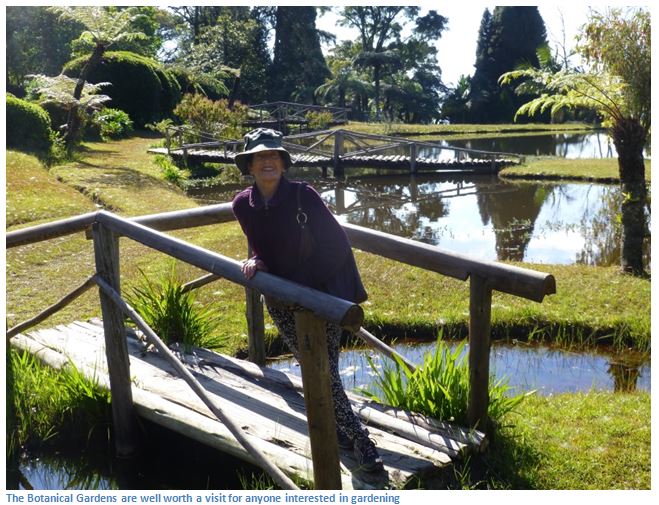 The bird-life around the Garden and in the Reserve attracts a number of visitors. Several species of birds can be recorded whilst ambling along the many footpaths, also found in large numbers are Samango monkeys, endemic to the Eastern Highlands.

The self-catering lodges in the Garden were very popular in the past with visitors along with a camp and caravan site with its beautiful panoramic views. Caravans are rare these days and the tea shop has long been closed.

Even though the gardens may not be up to the same standard as in the past, the staff make a commendable effort on a much reduced tourism budget and it’s a great place to walk around and have several hours of relaxation in the fresh air and enjoy the good views from the gardens and the sounds of bird life.

When to visit:
All year around Monday to Sunday 8am to 5pm
Fee:
An entrance fee is chargeable
Category:
Scenic
Province:
Manicaland