Directions are from the intersection of Robert Mugabe Avenue and Herbert Chitepo in the centre of town.  Take Robert Mugabe Avenue going east passing the north edge of Mutare Park for 0.98 KM, turn right onto Park Avenue, 2.90 KM ignore the Beira Road going left and continue straight on. 3.35 KM turn left and take the Bvumba Road from Mutare through the Bvumba to its end at Leopard’s Rock Hotel, the route is well sign-posted from Mutare. 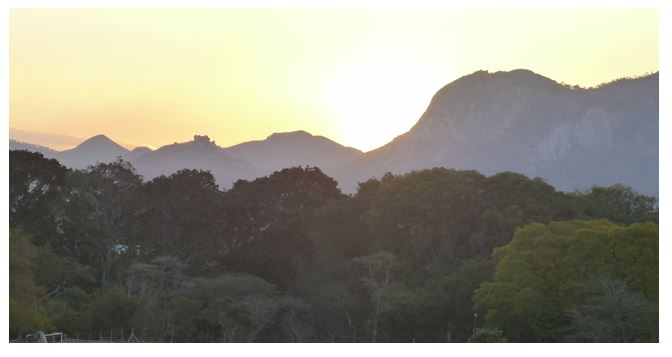 A few kilometres outside Mutare, the road to the Bvumba starts its scenic climb, winding through steep, tree-clad mountains and rolling farmland. At each turn, new landscapes over the surrounding countryside are revealed, becoming more dramatic as the summit is approached. Twenty-nine kilometres from Umtali, after passing through the dense Bunga Forest National Park, the colourful gardens of the Bvumba National Botanical Gardens are reached. Here the visitor will find their attention divided between the indigenous forest and exotic flora and the views to the east over the Mozambique plain, almost a thousand metres below. They provide an enchanting walk with the wooden bridges, aloes, streams and lakes and there are many fantastic plants gathered from all over the world including a range of orchids, tree ferns, fuchsias, hydrangeas, azaleas and lily ponds.

Beyond the gardens there are spectacular views into Mozambique and the surrounding countryside with a range of vegetation including montane forests. The Bunga Forest in the Bunga Botanical Reserve is just another outstanding example. The best way to see this area is to drive on the circuitous route toward Leopard’s Rock. There is always exquisite bird song in the forests and any visit should include a visit to Tony’s Coffee Shop for the rich cakes and a great choice of teas and coffee. 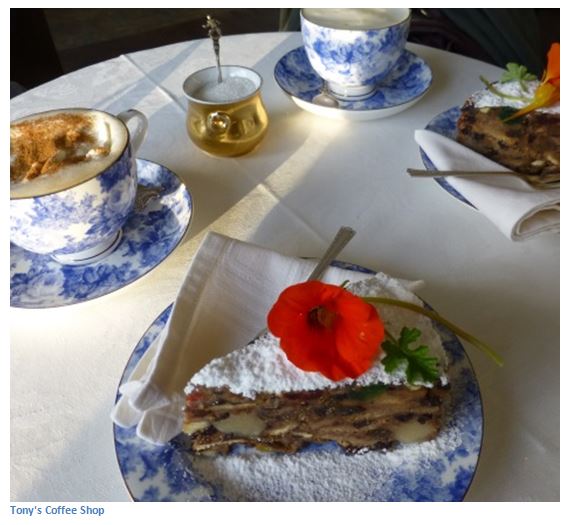 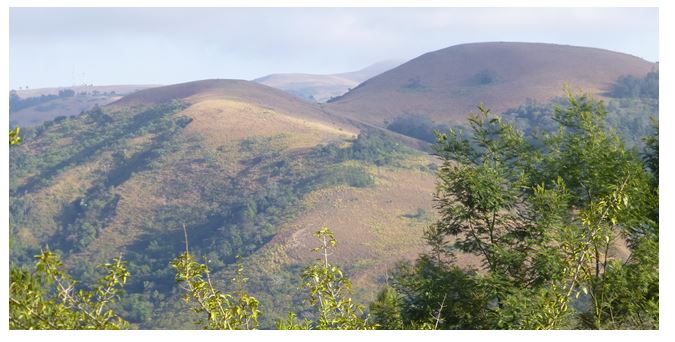 The Bvumba is a hot spot for birding enthusiasts and there are a number of special birds, including the Swynnerton's Robin, which lives and breeds in small patches of forest. The best places to stay for self-catered chalets at a very reasonable price are at Hivu, or at Seldomseen Cottages, a bird watchers paradise, which has two extremely knowledgeable guides. The gardens around the chalets host several other endemic species including Robert's Warbler. A stand of proteas on the property draws the Bronzy Sunbird or sometimes Gurney's Sugarbird, when the proteas are in flower. Other birds encountered include Chirinda Apalis, Variable Sunbirds, Livingstone’s Turaco, Yellow-Streaked Greenbul and Stripe-Cheeked Greenbul amongst more common species.

Leopard Rock Hotel is a well-frequented hotel with a pretty golf course and it is a good place to see the silvery-cheeked hornbills when the fig trees are fruiting. On the golf course birders may be lucky to see the Red-faced Crimson wing, which also occurs at Seldomseen.

Walks along the gravelled winding road below Leopard’s Rock Castle, built during the Second World War by Italian enemy aliens, takes visitors through Miombo woodlands where Yellow-Fronted Tinkerbirds feed on ripe fig fruits and a Green-Backed Honey guide may call from high in one of the treetops. In the background might be heard a flock of Retz’s Helmet-Shrikes. 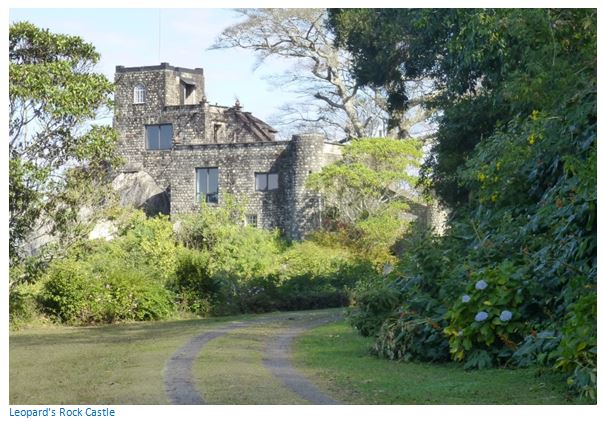 For an old fashioned treat, the White Horse Inn is a popular favourite with anyone who has stayed in the Bvumba in the last 30 odd years, particularly the excellent and well-prepared dinners which include game specialities, such as impala. 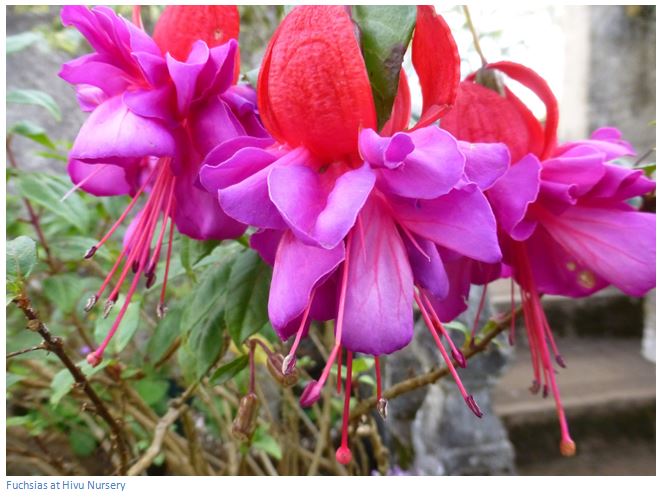 Other options for birding in the area include the Cecil Kop Nature Reserve in Mutare which offers good miombo woodland birding and the Burma Valley to the south which is good for spotting the Twinspot Indigo bird. Mount Gorongosa in Mozambique, is home to the much sought after Green-headed oriole and can be included in a trip to the Bvumba.

There are many hotels and self-catering cottages up in the Vumba from the White Horse Inn, Inn on the Vumba, Leopard’s Rock Hotel and a multitude of cottages and guest-houses. Local curios for sale include tablecloths with guinea-fowl motifs, or scenes of people carrying out their day to day tasks sewn in brightly covered threads, or aprons and coloured batiks. Sales of these intricately made handicrafts greatly assist local people as many men have become unemployed through the destruction of local industries from poorly designed and implemented national economic policies. 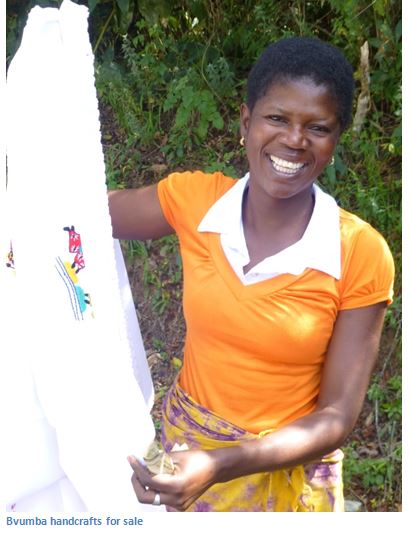 When to visit:
All year around
Fee:
Entrance free
Category:
Scenic
Province:
Manicaland