National Monument No.:
54
Why Visit?:
How to get here: 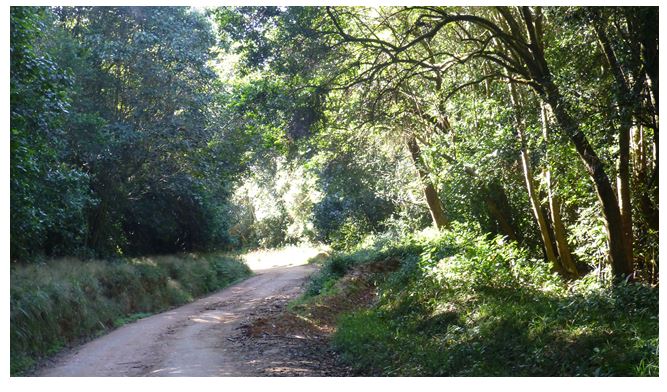 The Bvumba, or Vumba as it was known (The word means “mist” in the local Manyika language as so many mornings start with a mist) together with the Chimanimani and Nyanga form part of the Eastern Highlands of Zimbabwe bordering Mozambique.The Bvumba are about 25 kilometres south east of Mutare and reached on a road that twists and turns, bends and curves up through the granite hills and keeping your eyes on the road isn’t easy with plenty of mountains views and scenic vistas of the Burma Valley below you. The driveways to private homes are marked with flower beds of hydrangea’s and intricate wrought iron gates.  Huge forests of Eucalyptus trees blend with the indigenous flora of the Bunga forest reserve and the branches often fold over the road like arches. The highest point on the prominent granite batholith, Castle Beacon is at 1,911 metres (6,270 feet) 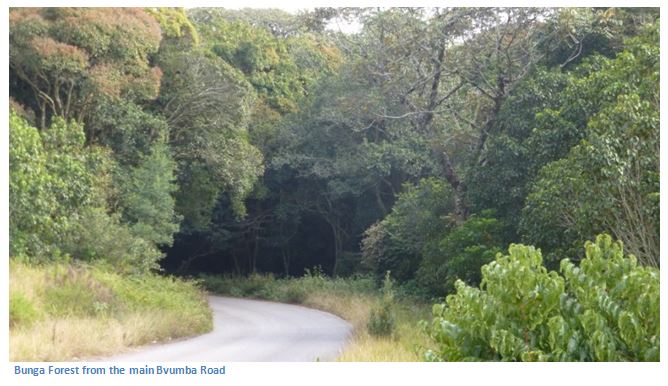 The seasons introduce a great variety of colour to any walk. When the msasa trees (Brachystegia / Miombo) unfold their new leaves a wonderful pallet of red and orange, green and yellows colours is revealed. At other times of the year, the path is moist, cool and lush and the trees and rocks are covered in ferns, mosses and  flowering epiphytic orchids provide a beautiful contrast with the trees they grow in. The path, which leads you back to the main road, winds through sub-montane grassland.

The Bvumba Mountains are home to some of the rarest butterflies in the ecoregion and is a magnet for keen bird watchers out in search of rare species to tick on their lists. The area is probably best known as one of the main breeding areas of Swynnertons Robin  which lives and breeds in small patches of forest.  Livingstone’s Turacos (Tauraco livinstonii) are present, although they are often heard, but not seen. 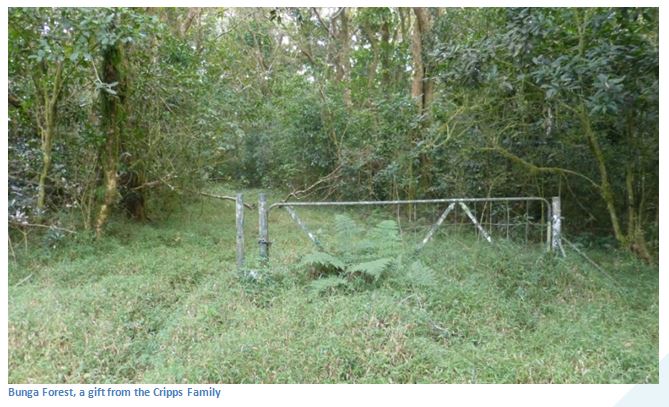 The Bvumba Mountains, of which Bunga Forest Botanical Reserve forms a small part, was added to the UNESCO World Heritage Tentative List on August 20, 2008 in the Cultural category. 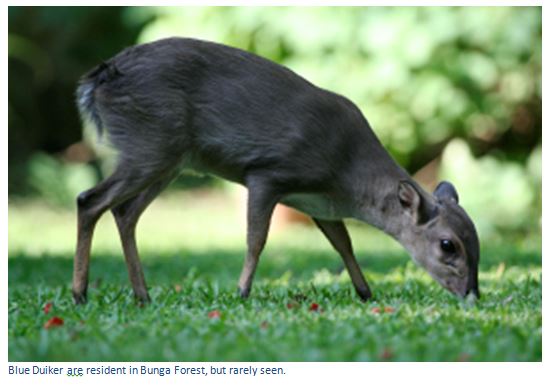 When to visit:
All year around Monday to Sunday 6am to 6pm
Fee:
Entrance free
Category:
Scenic
Province:
Manicaland