By crossing the Sabi River the Bridge gave people living in the eastern districts access to the central districts of Zimbabwe. Birchenough Bridge crosses the Sabi River with a single arch which rises to 280 feet above the river, and is 329 metres (1,080 feet) in length, the third longest span in the World in 1936 after the Sydney Harbour Bridge and the Bayonne Bridge at New York.

Birchenough Bridge is 118 KM from Mutare and 181 KM from Masvingo on the A9 which connects Masvingo to Mutare.

Birchenough Bridge was designed by Ralph Freeman, consulting engineer to the Beit Trust, who also designed the Sydney Harbour Bridge and the Beit Bridge over the Limpopo River. It was built with the latest high tensile steel as a single span to avoid the necessity of making piers in the river bed which was found to have shifting sands. The total weight of steel is 1,500 tons and it is note­worthy that this is the same weight as that of the Victoria Falls Bridge designed originally for two lines of light railway traffic, but less than half the span of the Birchenough Bridge. 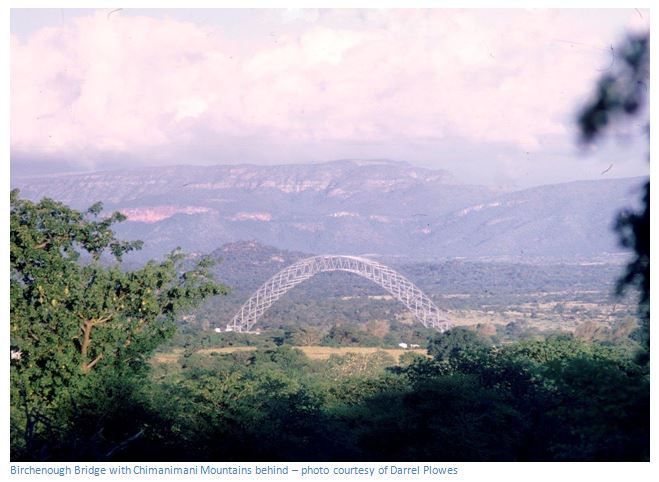 The roadway has a width of 18 feet and footways are formed on either side of the road to allow for the uninterrupted passage of two lines of traffic. The bridge was erected by the same process as that used for the Victoria Falls Arch and subsequently for the Sydney arch—by building out the arch in two halves as cantilevers, anchored back to the rock shores by wire ropes. The anchorage ropes used were the actual ropes used for the Sydney Harbour Bridge and are now incorporated in the Birchenough Bridge as the suspenders of the roadway. 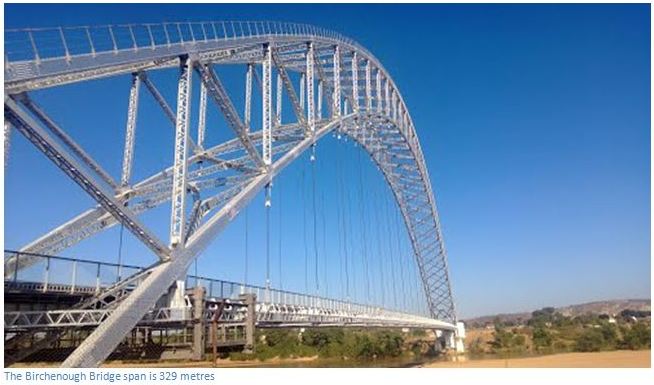 Sinking of the foundations commenced in April 1934 and they were ready for steelwork in November. Material was delivered to the west bank of the river by road and the steelwork for the east side was carried across the river by a cableway. The arch span was completed on June 17th, 1935, and the concrete roadway was practically complete at the end of September, 1935 being opened to traffic on December 20th, 1935, the time occupied by the entire construction being 20 months, the contractors being Dorman Long & Company, Limited, of Middlesbrough, England. 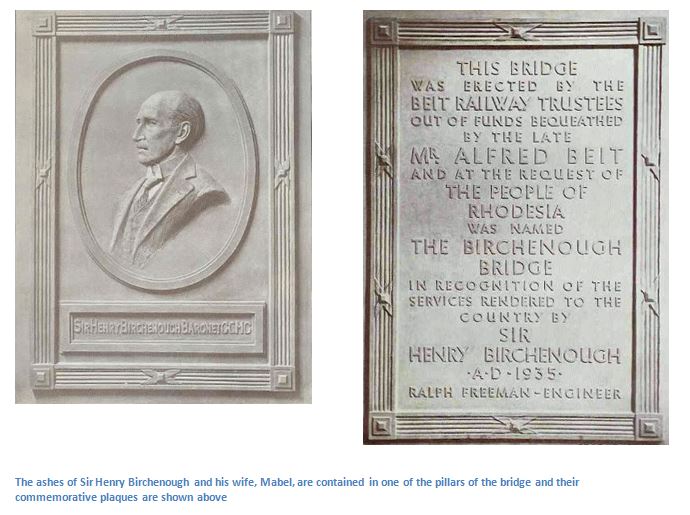 In 1984 the bridge was widened and strengthened as part of the World Bank's Highway Project One, but in 2000 its load capacity was reduced and only vehicle weighing less than 25 tonnes are allowed to cross. 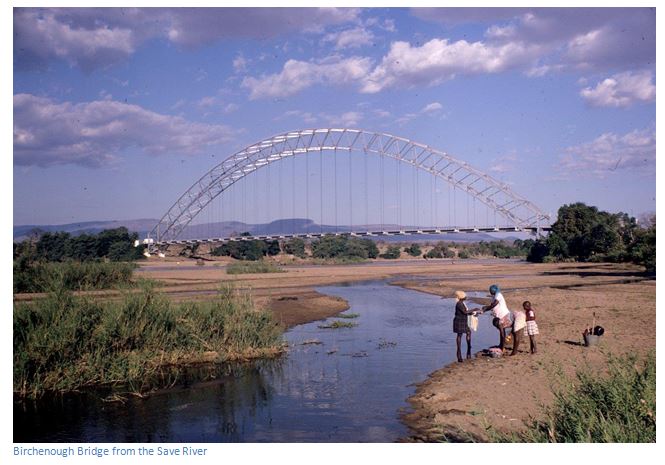 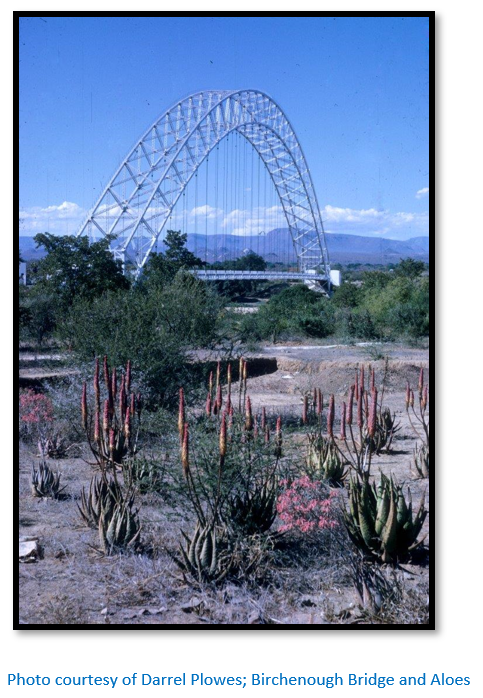 When to visit:
All year around
Fee:
An entrance fee is chargeable
Category:
Building
Province:
Manicaland