Home > Harare > What are the origins of the current coronavirus pandemic?

What are the origins of the current coronavirus pandemic?

What are the origins of the current coronavirus pandemic?

A team of international and Chinese scientists have been investigating the origins of the pandemic that was first detected at Wuhan in Hubei Province, China and entered the public domain when the World Health Organisation (WHO) in Beijing was informed of "viral pneumonia of unknown cause" in a cluster of pneumonia cases on 31 December 2019.

At this time, before their report is issued there appears to be four theories on what has killed over 2.75 million people (at 20 March 2021) and severely affected economies throughout the world.

When the WHO report is issued, after months of wrangling, it may give some indication as to the conclusions of international epidemiologists, data scientists, veterinary, lab and food safety experts nominated by the WHO that visited China and the city of Wuhan for two weeks and collaborated with Chinese scientists.

What are the likely suspects for coronavirus origin?

(1)  from a bat through an intermediary animal

(4)  from a leak from a laboratory like the Wuhan Institute of Virology.

Chinese officials have played up the third theory, whereas the Americans have promoted the theory that the virus originally was a laboratory leak. Dedkov suggested that theory 3 was unlikely, and it was more probable that the frozen products were most likely contaminated when they arrived in China. 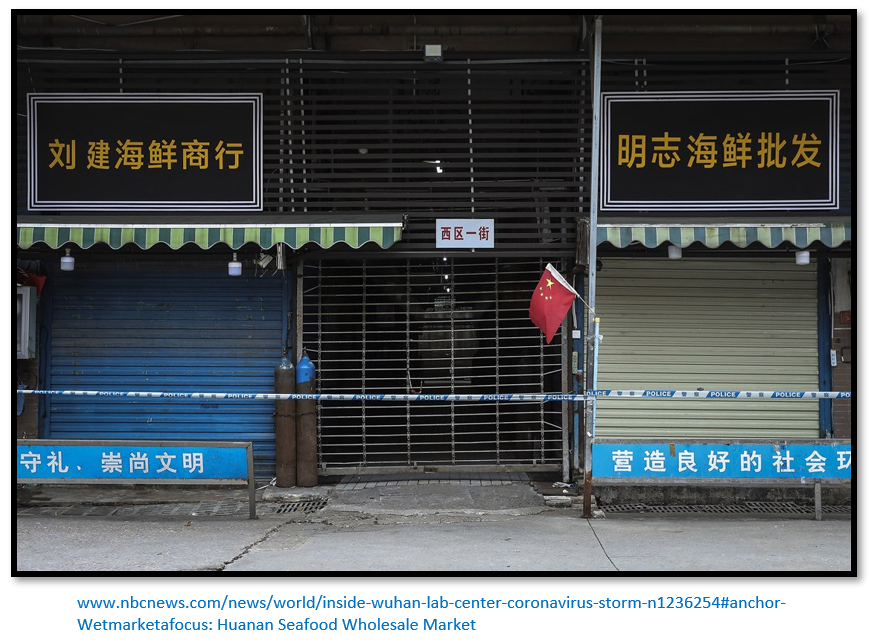 Theory 4 – a leak from the Wuhan Institute of Virology

At this time there are no facts that indicate the leak came from the laboratory, but this WHO investigation is taking place over fourteen months after the outbreak and according to American sources “it is known that the  researchers at the lab had been experimenting on RaTG13 - the bat coronavirus identified as the closest sample to SARS-CoV-2, the virus that causes COVID-19 - under conditions that increased the risk for accidental and potentially unwitting exposure."[i]

The same article states the US says it has intelligence that researchers in the Wuhan lab became sick with COVID-19-like symptoms in autumn 2019 - before the first identified case of the outbreak. Ominously though, the Wuhan Institute of Virology was off the itinerary of the WHO scientists on their visit and China has continuously denied any possibility of a leak. 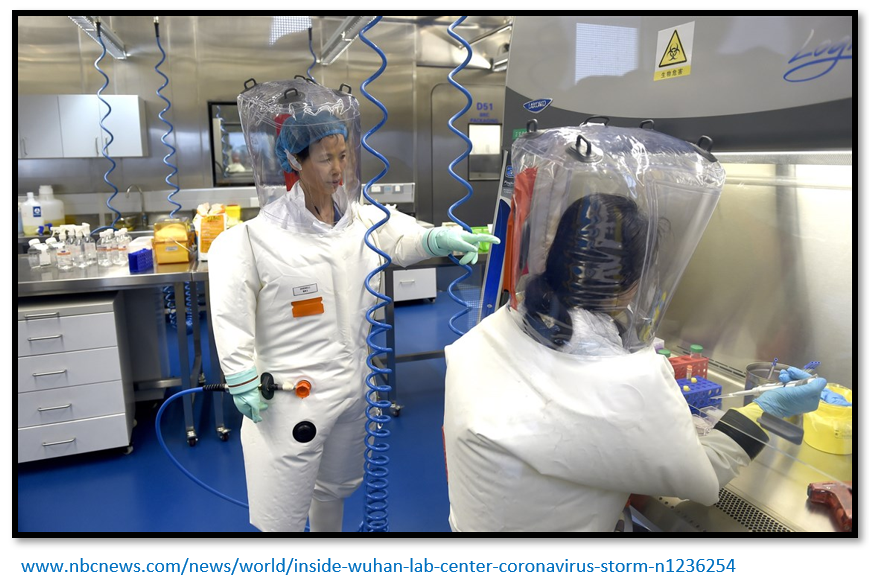 During two interviews the vice director of the institute strongly denied that the virus could have originated at the institute and stated that scientists at the laboratory obtained their first samples of the coronavirus after the disease had begun to spread among the public.

He said: "I have repeatedly emphasized that it was on Dec. 30 that we got contact with the samples of SARS-like pneumonia or pneumonia of unknown cause sent from the hospital. We have not encountered the novel coronavirus before that, and without this virus, there is no way that it is leaked from the lab."[ii]

Theories 1 and 2 – that the virus came from a bat, possibly through an intermediary animal

Early indications suggests that this virus closely resembles a known coronavirus that exists naturally in intermediate horseshoe bats (Rhinolophus affinis) the source of the coronavirus that caused the 2003–2004 SARS outbreak, but finding evidence — and the possibility it might have passed through an intermediary animal, before infecting humans — will take more research. Pangolins or another animal might have been an intermediate host before the virus made it to humans. 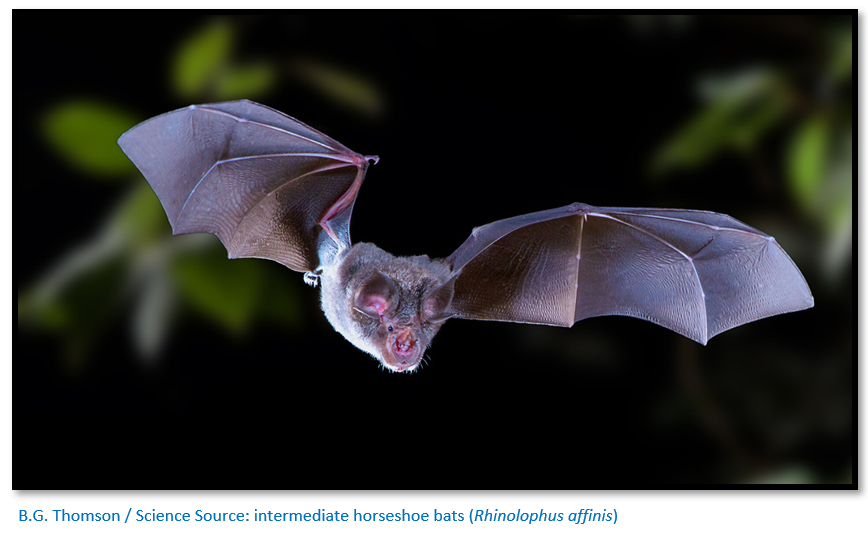 Coronaviruses closely related to the one that causes COVID-19 may have been around for longer than anyone realized. SARS-CoV-2’s closest known relative is a virus isolated from an intermediate horseshoe bat (as above) in Yunnan Province in China in 2013.[iii]

The first reported cases were traced to the Huanan Seafood Market in Wuhan, a "wet market" where outdoor stalls sell a variety of meat, seafood and live animals for eating. Public health officials in many countries have previously warned that these types of live-animal markets can be hotbeds of emerging infectious diseases.

Getting to the truth will be difficult

The Chinese state has been accused of covering up the initial outbreak and delaying the release of crucial information which allowed the virus to spread with the US Department of State accusing the Chinese Communist Party (CCP) of "deadly obsession with secrecy and control."

Chinese censors also shut down information in China providing first-hand accounts of the outbreak, including doctors who shared information between each other about a new respiratory illness at the start of the epidemic.

Delays in organising the WHO international team to China and then in the publication of the report, and negative reaction from the Chinese to disclosure of an initial summary of findings have only increased speculation that the WHO report will be influenced by political authorities.

The politics of the Pandemic

It is important to remember that the WHO international team was completely reliant on data collected by Chinese scientists after the outbreak surfaced and have not been given free rein in their investigations – indeed, the Wuhan Institute of Virology was declared ‘off-limits’ to them.

Throughout January 2020 the WHO leadership, including Director-General Tedros Adhanom Ghebreyesus, repeatedly praised the Chinese government's early response to the new coronavirus saying its work and commitment to transparency were “very impressive, and beyond words.”[iv]

However, recordings of private meetings obtained by The Associated Press show that behind the scenes it was a very different story with WHO officials frustrated at China's lack of co-operation and lack of information they needed to fight the spread of the deadly virus.

[ii] Janis Mackey Frayer and Denise Chow, 10 August 2020. https://www.nbcnews.com/news/world/Inside the Chinese lab central to the search for the coronavirus' origin

[iii] Erin Garcia de Jesús, 28 July 2020: Close relatives of the coronavirus may have been in bats for decades in https://www.sciencenews.org/article/covid-19-coronavirus-evolution-close...