Home > Harare > Could this breakthrough ‘that changes the course of public health history’ help Zimbabwe defeat the menace of malaria?

Could this breakthrough ‘that changes the course of public health history’ help Zimbabwe defeat the menace of malaria?

The World Health Organization (WHO) has given the go-ahead for the launch of an effective malaria vaccine developed by UK-based pharmaceutical giant GlaxoSmithKline (GSK) that it hopes could save the lives of tens of thousands of children across Africa every year.

The RTS,S vaccine, also known by the trade name of Mosquirix, has so far been administered to more than 800,000 children in Ghana, Kenya and Malawi since a pilot programme began in 2019. GSK donated 10 million doses for the pilot scheme and said the jab can reduce malaria deaths and hospital admissions by around 70% when given in combination with antimalarial drugs. 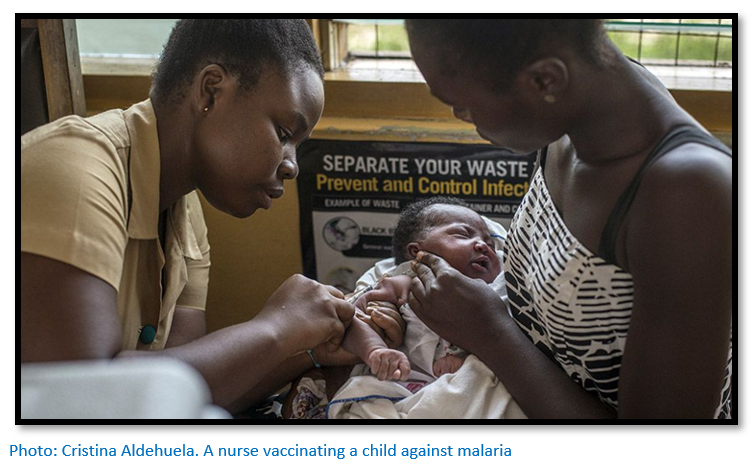 The WHO Director General Dr Tedros Adhanom Ghebreyesus described it as a “historic day” in the fight against the deadly disease. He told reporters during a press conference in Geneva: “I started my career as a malaria researcher, and I longed for the day that we would have an effective vaccine against this ancient and terrible disease. Today is that day, an historic day…Today, the RTS,S malaria vaccine, more than 30 years in the making, changes the course of public health history…We still have a very long road to travel. But this is a long stride down that road…Today, the WHO is recommending the broad use of the world’s first malaria vaccine.”[i]

“From a scientific perspective, this is a massive breakthrough, from a public health perspective this is a historical feat,” said Dr Pedro Alonso, the director of the WHO’s Global Malaria Programme.

The Guardian newspaper reported the vaccine had to undergo lengthy clinical trials and despite “limited efficacy” as a standalone treatment has so far been found to prevent 39% of malaria cases and 29% of severe malaria cases amongst small children in Africa over four years of trials.[ii]

However a study by the London School of Hygiene and Tropical Medicine in August found that the jab was 70% effective at preventing hospitalisation or death when combined with other antimalarial drugs, prompting the WHO Director General to say that it: "could save tens of thousands of young lives each year."

More than 2.3 million doses of the vaccine were administered during the trials to two-thirds of children who don’t have a mosquito net to sleep under. The trials showed the vaccine was cost effective and “there was no negative impact on other routine vaccines or other measures to prevent malaria.”

Many potential vaccines have been tested, but only the GSK jab: “has proved effective in the final stages of clinical trials.” The vaccine, which has been in development for three decades, requires four doses and will be administered to children aged five months and older.[iii] 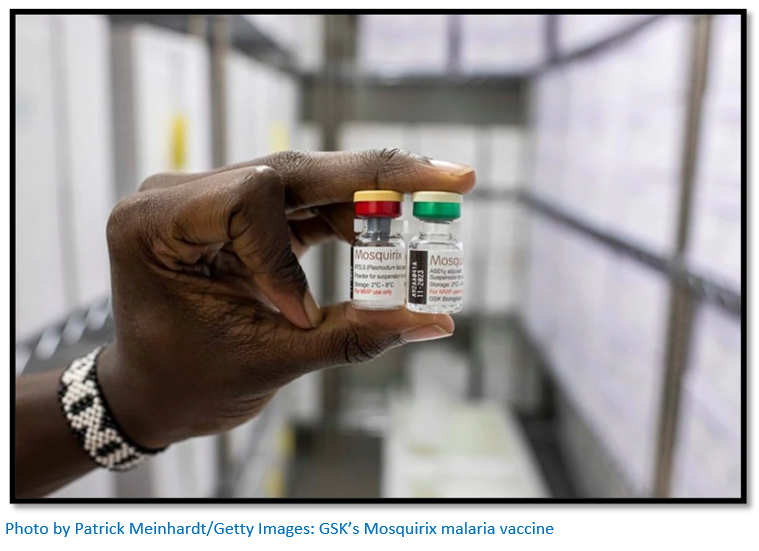 Malaria is still a deadly killer

WHO statistics show that: “malaria remains a primary cause of childhood illness and death in sub-Saharan Africa…with more than 260,000 African children under the age of five dying from malaria annually.”

According to the WHO, malaria accounted for around 409,000 deaths in 2019, a year in which there were roughly 229 million malaria cases. Children under five are the most vulnerable to the disease, making up 67% of deaths. And Africa is on the frontline of the battle, with 94% of the total number of malaria cases and deaths. In the 20th  Century malaria took between 150m and 300m lives.[iv]

The BBC's health and science correspondent James Gallagher said: “There are more than 100 types of malaria parasite” and the GSK vaccine targets: “the one that is most deadly and most common in Africa: Plasmodium falciparum.”[v]

Malaria is caused by a parasite spread by the bites of infected mosquitoes.

It was the Romans who named the disease "malaria"—mala for bad, and aria for air, as they believed that the disease was spread by contaminated air, or miasma. Infection in humans begins with the bite of an infected female Anopheles mosquito. Out of about 460 species of  Anopheles mosquito, more than 70 species transmit falciparum malaria. Anopheles gambiae is one of the best known and most prevalent vectors, particularly in Africa.[vi]

The infective stage called sporozoites released from the salivary glands through the proboscis of the mosquito enter the bloodstream during feeding. The mosquito saliva contains antihemostatic and anti-inflammatory enzymes that disrupt blood clotting and inhibit the pain reaction. Typically, each infected bite contains 20–200 sporozoites. The immune system clears the sporozoites from the circulation within 30 minutes, but a few escape and quickly invade liver cells (hepatocytes). The sporozoites move in the blood stream by gliding, which is driven by motor made up of proteins actin and myosin beneath their plasma membrane.

Until now malaria has defeated all attempts at a vaccine

The BBC’s health and science correspondent James Gallagher said the challenge for researchers has been that malaria is: “caused by a parasite which is far more insidious and sophisticated” than the virus that, for example, triggers Covid-19 infection. The parasite “has evolved to evade our immune system” multiple times, he added, meaning: “you have to catch it time and time again before starting to get even limited protection.” This has meant “developing a malaria vaccine is like nailing jelly to a wall.”[vii]

Delivery of the malaria vaccine

The next step in the effort to roll out the cost-effective vaccine across the continent is for “GAVI, an international organisation that buys vaccines for poor countries, to decide whether it will add RTS,S to its portfolio.”[viii]

GAVI, along with global health agency Unitaid and the Global Fund to Fight AIDS, Tuberculosis and Malaria “welcomed the WHO’s recommendation” Sky News said, adding that it “marks a historic achievement in our fight against malaria.”

A Guardian article stated this rollout effort will also be boosted by GSK’s commitment to “supply up to 15 million doses a year at no more than 5% above the cost of production” as well as a promise to “work with partners, funders and governments to support” supplies.[ix]

Delivering a malaria vaccine in Zimbabwe won’t be easy

In order to work, a vaccination programme must tell people when their vaccine is due, ensure the vaccine is available, call in priority groups first, validate they are who they say they are, schedule the locations. Nations across Africa have a significant task on their hands. Many have limited health infrastructure and decentralised primary healthcare; Zimbabwe’s health care system has been plagued by low salaries to those who deliver its services and chronic long-term underfunding.

Most vaccine programmes in Africa currently rely on cumbersome paper records. Vodafone’s Joakim Reiter claims that with 46% of sub-Saharan Africa subscribed to mobile phone carriers. So while it’s no panacea, he believes mobile phone can deliver the vaccination program and take a significant burden off the struggling systems.

In South Africa, mVacciNation, a partnership between Vodacom and the African Union Development Agency, is already being used by their Africa’s Department of Health and over 15 million Covid-19 vaccinations have already been delivered. The system directs patients on when and where to get their vaccine, but it also helps health workers have access to real-time information on vaccine supplies and medical equipment. After their first jab, the digital record is updated and a next dose scheduled, if needed. It also provides certification. He believes a similar system could deliver malaria vaccinations.[x] 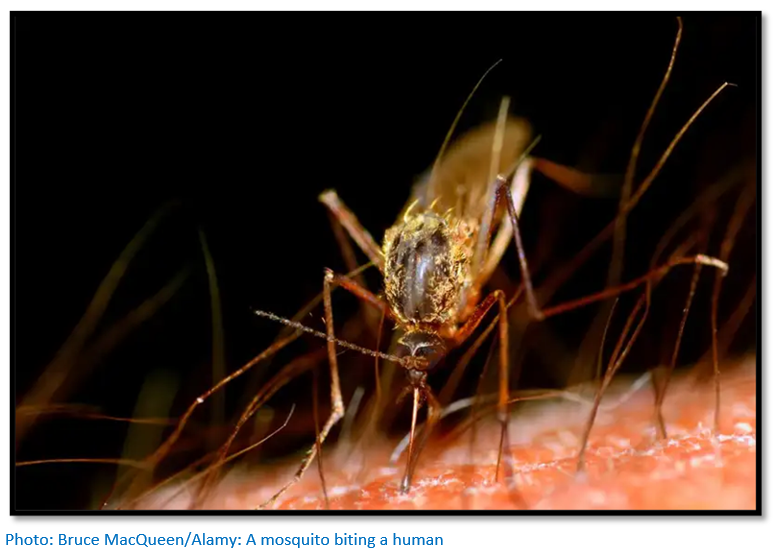 The Economist. 9 October 2021. A malaria vaccine is approved by the World Health Organisation

L. Davies. 6 October 2021. The Guardian. WHO endorses use of world’s first malaria vaccine in Africa. https://www.theguardian.com/global-development/2021/oct/06/who-endorses-use-of-worlds-first-malaria-vaccine-in-africa

J. Reiter. Cityam.com 11 October 2021.The key to rapidly vaccinating Africa from malaria and Covid is in our hands

[i] ‘Historic day’: what the world’s first malaria vaccine means for Africa

[viii] A malaria vaccine is approved by the World Health Organisation