As far as I know, there are only two surviving examples of Traction Engines / Road Locomotives in Zimbabwe; this Charles Burrell example from 1903 and the 1896 Bow McLachlan outside Mutare Museum.

The Mutare Museum also houses the 1903 Ivel Agricultural Motor No 141; one of only seven complete examples that still exist. [See articles on Mutare Museum under Manicaland on the website www.zimfieldguide.com]

There are some examples of portable steam engines that can power a sawmill, or maize sheller, but they are not self-propelled and need a team of draught oxen to move them, at Halfway House [See the article under Manicaland] and also at the Kadoma Steam Centre at Kadoma [See under Mashonaland West]

Charles Burrell and Sons of St. Nicholas Works, Thetford were producers of traction Engines, rollers and showman's Engines. Charles (grandson of the founder) was 20 when he took over in 1837, and was to see the name of Burrell become world-famous during his 69-year 'reign' to his death in 1906. Charles Burrell & Sons, steam and agricultural machinery manufacturers were the first to introduce a practical heavy-duty traction engine for use on roads and produced steamrollers and ploughing engines. More than 4,000 engines left the St Nicholas works during the life of the firm and were exported around the world; 329 are known to be preserved. 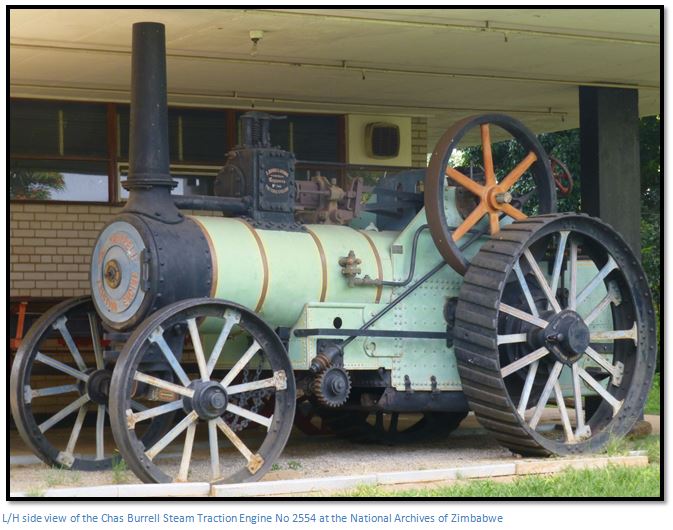 This eight horsepower single cylinder Engine No. 2554 was built by Charles Burrell and Sons of Thetford, England in 1903 and initially exported to Germany, but  was in Rhodesia (now Zimbabwe) by 1913, as it has a Rhodesian boiler inspection stamp for that year. The engine worked in Salisbury as well as Shamva on transport work. It was later used to power a maize sheller and finally for producing steam for the tobacco barns on Gudubu Farm in Mhangura.

It is clear from photos of the Burrell traction engine being moved by low loader to the National Archives site, that the original chimney was much taller and folded down and was probably fitted with a spark arrestor to prevent bush fires; this has been rather crudely cut away so it would fit into the confined space. Colonial traction engines and portable engines were modified versions of those sold in the UK and Europe, as they needed to be wood burning rather than coal burning, as coal was largely unobtainable in Africa at the time. Earlier versions from 1896 have a steering chain connection to each end of the front axles; later versions (including this 1903 model) had a steering rod with a worm gear.

One of the first traction engines pulled ox-wagons across the Limpopo River, and was then used at the Globe and Phoenix gold Mine. There were believed to be at least four traction engines used to haul goods between Macequece (now Manica) and Umtali (now Mutare) with similar wagons to those shown below because all the draught oxen that had formerly hauled ox-wagons died during the rinderpest plague of 1896. Their usefulness in hauling wagons ended when the Beira and Mashonaland railway was completed.

A narrow gauge line was built by the Beira Railway Company (owned by the British South Africa Company) from Fontesvilla on the Pungue River, fifty-six kilometres from Beira, to Umtali, on Rhodesia’s eastern border. This line was begun in September 1892 with the Beira Junction Railway, connecting Fontesvilla with the port completed in October 1896. This line reached Umtali in February 1898 and had an initial gauge of only 2 ft., and needed to be quickly converted as the gauge of the line from Umtali to Salisbury, built by the Mashonaland Railway Company, and completed in May 1899, was 3 ft. 6 in.

In later years, traction engines played a notable part in the development of the country, particularly in areas where there was no railway and in tsetse fly regions. When their transport roles had become superceded, they remained useful for many years in a stationery capacity providing steam power on mines and farms. 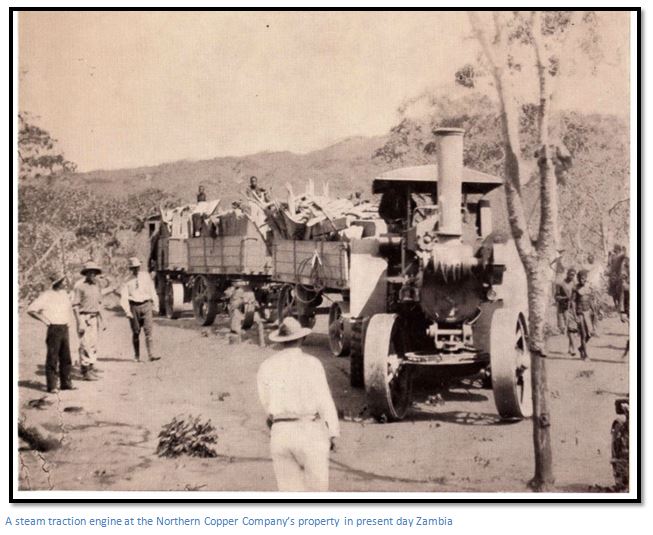 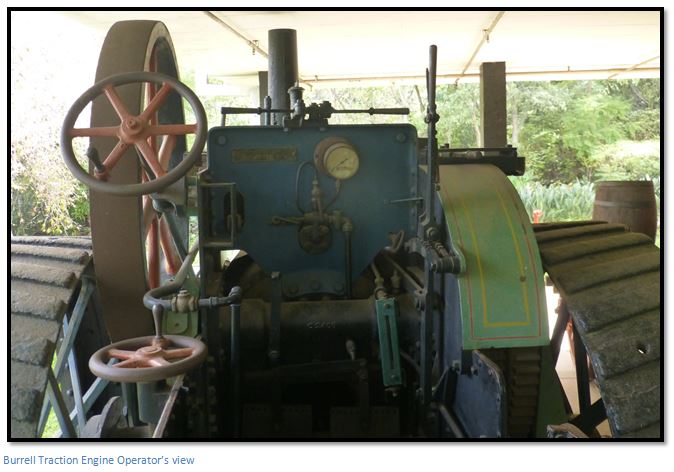 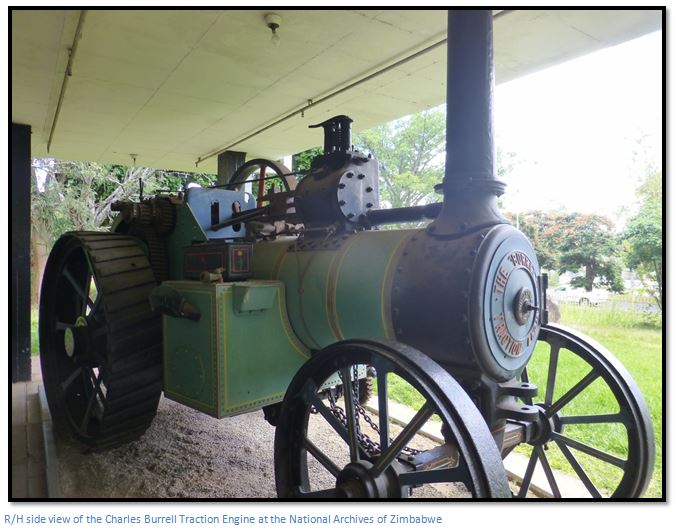 The Charles Burrell Museum in Thetford is housed in the original paint shop of the Charles Burrell St Nicholas Works; a business that once employed 350 people and supplied traction engines, agricultural machinery, steam trucks, wagons and tram engines. 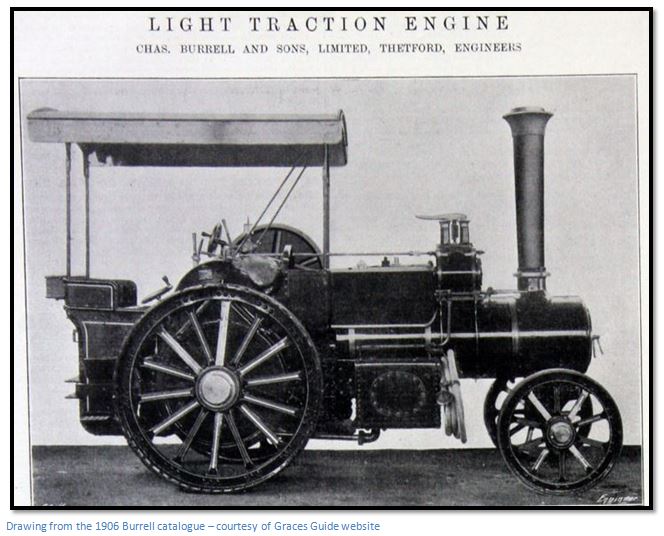 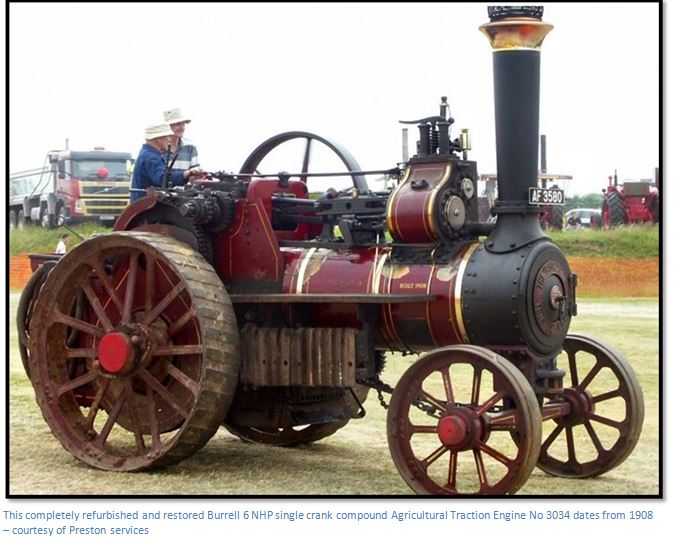 When to visit:
Monday to Friday 8:30am to 4:30pm;Closed between 1pm - 2pm
Fee:
An entrance fee is chargeable
Category:
Historic
Province:
Harare