Home > Harare > Bats are not to blame for COVID-19; Chinese wildlife farms are and what the next pandemic might look like

Bats are not to blame for COVID-19; Chinese wildlife farms are and what the next pandemic might look like

The precise origin of the COVID-19 virus that has wreaked such health problems and high death rates across our planet has still not been pinned down. However, most scientists agree that it probably originated in bats.

Dr David Robertson of the University of Glasgow[i] says it would be a "terrible outcome" if bats were demonised, since the spread of diseases from animals to humans is much more about humans encroaching into their domain than the other way around and the Sars-CoV-2 virus has probably been circulating in bats for decades. Chinese wildlife farms created the ideal conditions for the virus to make the jump in the case of COVID-19.

Some facts on bats 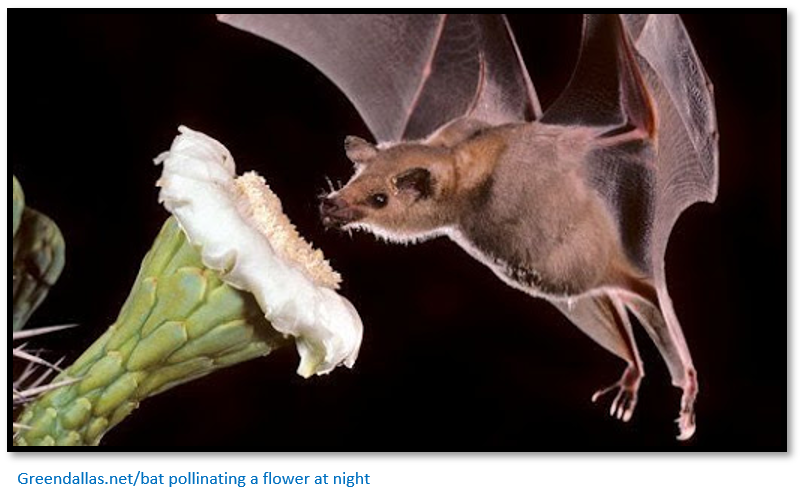 COVID-19 first surfaced when the Wuhan Centre for Disease Control and Prevention detected a novel coronavirus in two hospital patients with atypical pneumonia, and it wanted Shi Zhengli at the Wuhan Institute of Virology to investigate. Patient samples arrived at the laboratory on 30 December 2019.[v]

As they raced to investigate the identity of the illness – which was soon connected to the novel coronavirus that become known as SARS-CoV-2 - the disease spread like wildfire. By 20 April 2020 more than 84,000 people in China had been infected with 80 percent of them living in the province of Hubei, of which Wuhan is the capital, and more than 4,600 had died. At the end of March 2021 outside of China, about 127 million people across 210 or so countries and territories had caught the virus and more than 2.78 million had perished from the disease it caused, COVID-19.[vi]

Many scientists argue that it is simply a question of when, not if, as the number of human contacts with wild and farmed animals continues to rise until a new virus makes the jump, as did COVID-19 and becomes another pandemic. The new virus could also be more deadly. 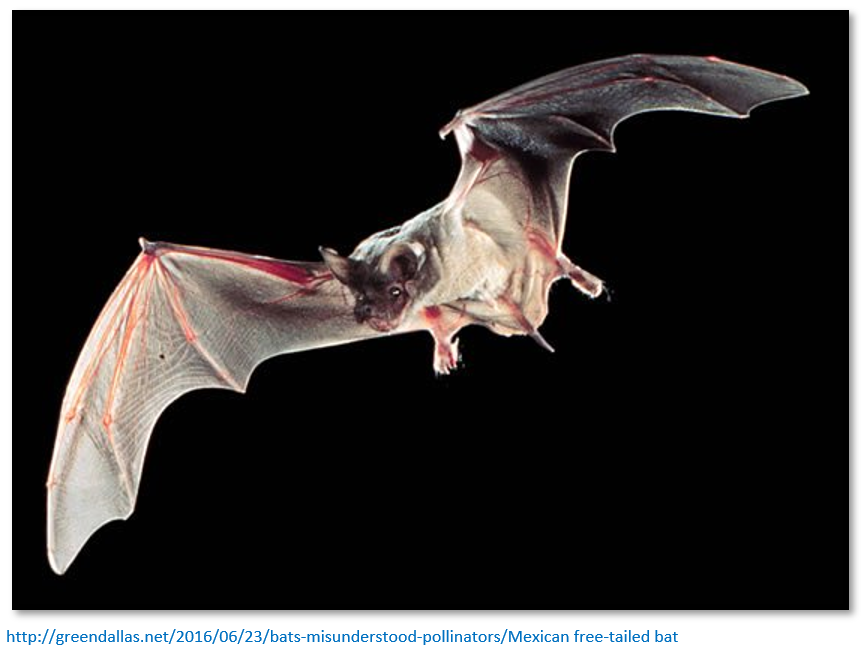 Another avian (Bird) flu is high on the list of possibilities

There are 25 billion chickens currently on our planet and of course we will not be able to impose border controls on them…their close relatives like wild geese would cross borders making it difficult to suppress the virus.

Avian viruses have not yet mutated so they spread between humans, but if they do, they could kill as many as 10 to 20 per cent of those it infected, including large numbers of small children (a group not typically severely affected by COVID-19)

On 18 February 2021, Russia notified the World Health Organisation (WHO) they had detected avian influenza A(H5N8) in seven humans…these are the first reported detection of avian influenza A(H5N8) in humans. The seven positive humans ranged between 29 to 60 years old and five were female and they all worked in a poultry farm in Astrakhan Oblast in the Russian Federation.

In addition, between 3 - 11 December 2020, a total of 101 000 of 900 000 egg-laying hens on the farm died. Outbreak containment operations started immediately and continued for some time due to the large size of the poultry farm.

When avian influenza viruses are circulating in an area, the people involved in specific, high-risk tasks such as sampling sick birds, culling and disposing of infected birds, eggs, litter and cleaning of contaminated premises should be trained on how to protect themselves and on the proper use of personal protective equipment (PPE) People involved in these tasks should be registered and monitored closely by local health authorities for seven days following the last day of contact with poultry or their environments. 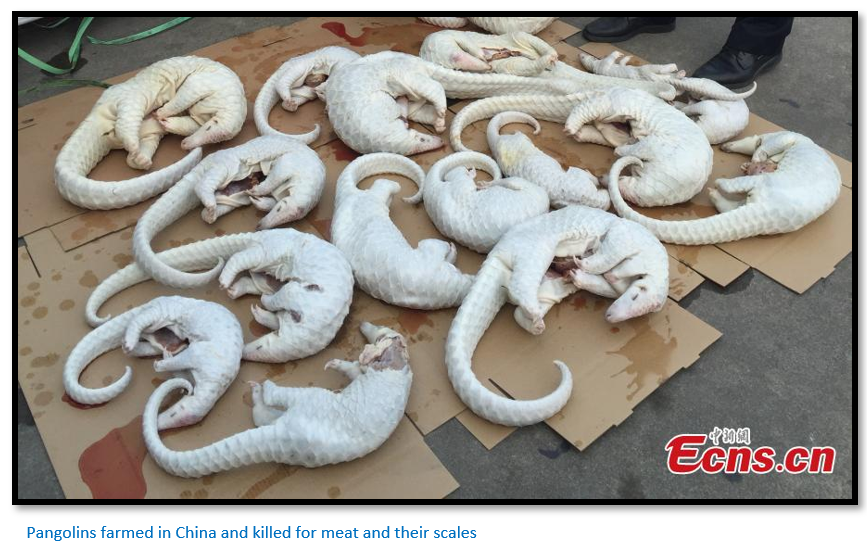 Pangolins are considered a gourmet food across much of Asia. They are, however, endangered and are listed as a Category 2 protected species by CITES, to which China is a signatory. There have been calls to upgrade the pangolins’ status to Category 1, the highest, as its population has plummeted in the past decade, mainly as a result of poaching. Estimates are that 60,000 pangolins were killed in 2018.

Pangolin meat sells for close to US$300 a kilogram, while the scales which are used in traditional Chinese medicine fetch up to US$3,000 a kilogram.

While the source of the now-named COVID-19 coronavirus that has so seriously affected the entire world has yet to be fully concluded, suspicions are falling upon the Chinese pangolin (Manis pentadactyla) as a possible intermediary animal to affect the jump from bats to humans. 99 percent of the RNA of a coronavirus found in Pangolins is identical to COVID-19.

As long as humans keep wild and farmed factory animals, we cannot eliminate the risk of another virus making the jump; it will always be possible, but we can take steps to lessen the risk.

Bats for instance, the source of COVID-19 are not to blame, in fact they are vital to humans as we see from above. It is our increasing interference with these wild animals that forms the root of the problem.[viii]

The WHO has adopted a shamefully naive approach to China in relation to COVID-19.

China’s skill at deflecting any blame whatsoever for the millions of deaths and economic woes has been masterful. Their past and continued tolerance of wildlife factory farms, poor rural health and poverty, corruption which is endemic throughout the entire Chinese bureaucracy have proved the perfect breeding ground for the COVID-19 pandemic which has spread throughout the world.[ix]

The WHO accepted China’s acceptances that it had the pandemic under control in early 2020…clearly this was a huge mistake and for fifteen months the Chinese authorities have prevented a WHO team from investigating the outbreak.

In February 2020 the BBC ran a report saying China refused to hand over key data to the World Health Organization (WHO) team investigating the origins of COVID-19. Microbiologist Dominic Dwyer told Reuters, the Wall St Journal and the New York Times the team had requested raw patient data from early cases, what he called "standard practice" but said they only received a summary.

China invariably responds with silence or will insist it has been transparent with the WHO when it is clearly not the truth. The reality is that not only did China hide the extent of the initial outbreak, but they were very critical of the terms of the WHO team visit which they managed to delay for fifteen months. The freedom of the WHO team to travel and interview witnesses was severely curtailed on health grounds. Team members told the New York Times that disagreements, including over access to patient records, were so tense that they sometimes erupted into shouting matches. 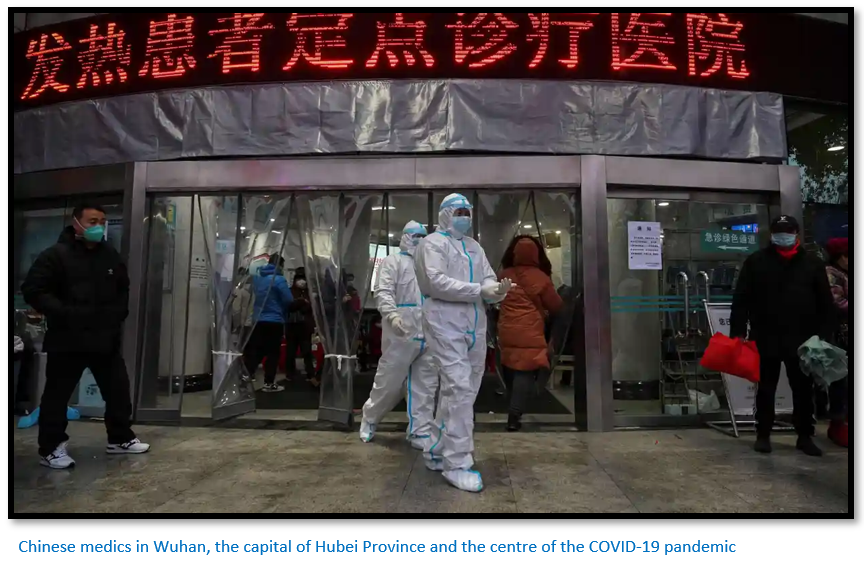 The WHO quickly rejected the theory that the pandemic originated from a leak from the Wuhan Institute of Virology a conclusion that appears to be based on very perfunctory evidence and almost no intelligence gathering. Scientists at the Wuhan laboratory are known to have collected viruses from bats. They may ultimately be proved correct, but this conclusion fits in very well with the Chinese authorities.

Similarly, the Chinese pushed the theory that COVID-19 entered Wuhan through imported frozen food because it suited their agenda. Samples of frozen food may have contained the virus, but it is much more plausible that it came from humans who handled the food that were already affected at the Huanan Seafood Wholesale Market.

Why has the WHO attached so little attention to the pandemic’s origins?

Mostly because the WHO believes it is politically safer to have China inside the tent than outside. They believe by letting China into the world’s organisations the country maybe encouraged to co-operate more fully and become part of the existing world order.

Certainly, the USA were not convinced by this argument and halted its funding of the WHO and pulled out of the agency, accusing it of protecting China as the coronavirus pandemic took off. Only more liberal countries believe that China will cooperate more fully if they are ‘buttered up.’ Only the really naïve believe this approach works; China does not subscribe to a world where co-operation will work to defeat the threat of future viruses.

In reality the commercial farming of wildlife exposes China as the main biological threat to the world with the captive animals living in squalid, unhealthy and cramped conditions which form the perfect breeding ground for viruses. This is exacerbated by a poor Chinese healthcare system, rural poverty which encourages wildlife farming and a poorly paid bureaucracy who will always collude in hushing up virus outbreaks.[x]

For these reasons, China does not care for the WHO approach to world health. It much prefers a bi-lateral health diplomacy approach that wins it friends and influence, so it will provide for grandiose national schemes – Zimbabwe provides a typical example, where China provided the funding for the National Sports Stadium and is currently bankrolling a new parliament building at Mount Hampden. The same with health – China provides training for barefoot doctors and hospitals and the bankrupt Zimbabwe state has been forced to accept donations of Sinopharm COVID-19 vaccine. Its aid does not come through the WHO which gets a miserly amount from China. 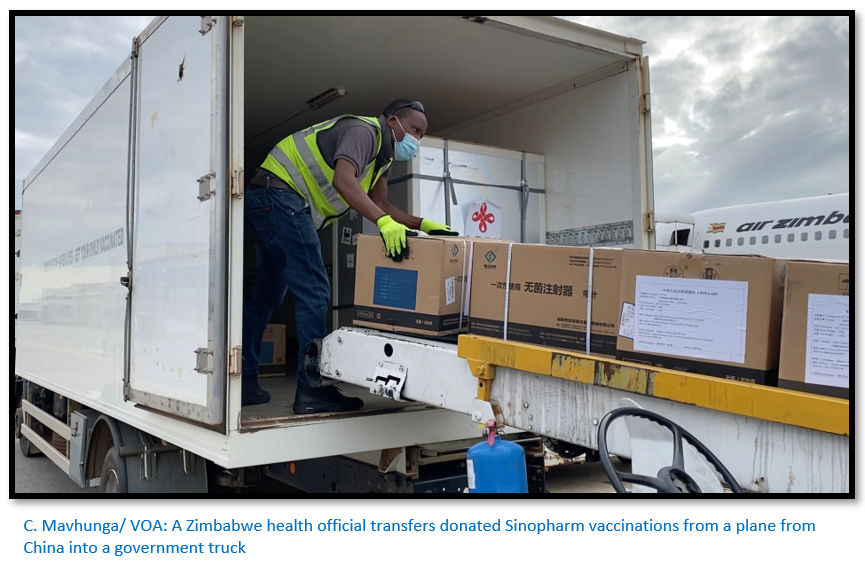 To prevent the next pandemic, surely, we must embrace the unanswered questions on COVID-19, even when they are politically awkward for China and the WHO needs to be more sceptical of bland or misleading answers.

H. Briggs. Covid: Why bats are not to blame, say scientists. https://www.bbc.co.uk/news/science-environment-54246473

[i] Covid: Why bats are not to blame, say scientists

[viii] Covid: Why bats are not to blame, say scientists