Home > Matabeleland North > Drought and the Victoria Falls; water flow at its lowest level for a quarter of a century

Drought and the Victoria Falls; water flow at its lowest level for a quarter of a century 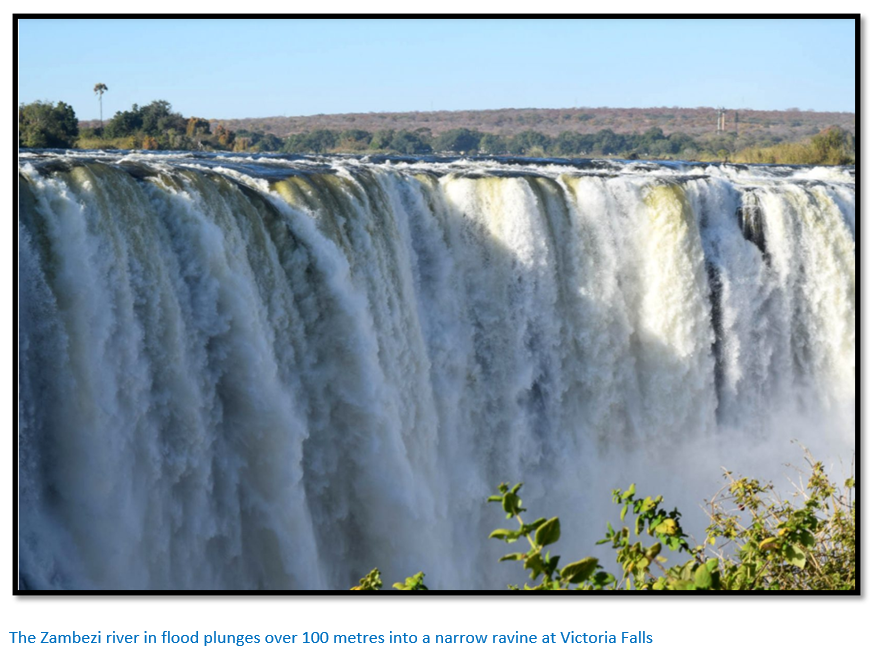 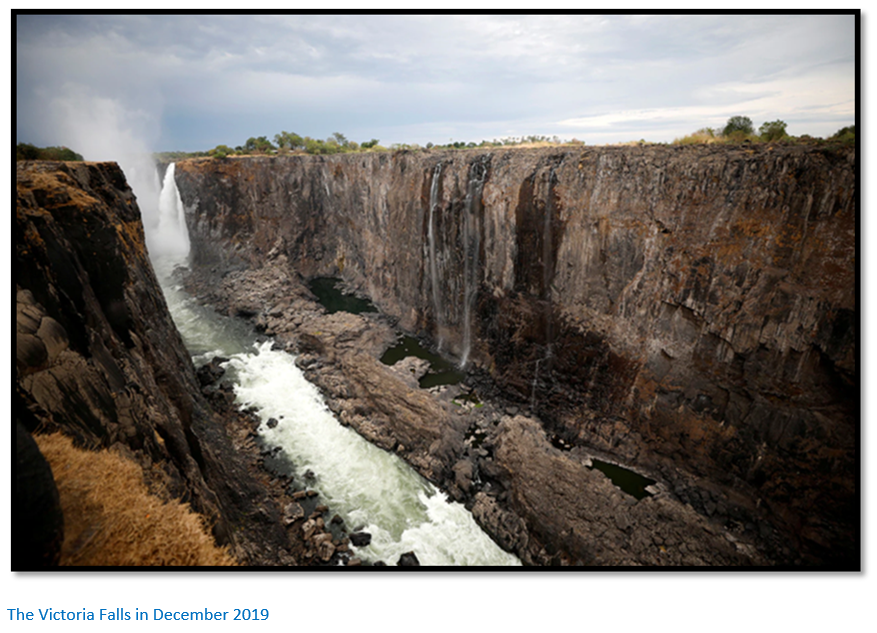 The first European to view what local Lozi people called Mosi-oa-Tunya; ‘the smoke that thunders’ was David Livingstone who named the natural phenomena the Victoria Falls which he called: “a view for the angels.” Today it is considered to be one of the seven natural wonders of the world.[i]

Moyo replied that peak seasonal flow was normally from December / January to April / May; records showed that in a normal year about 2,000 cubic metres of water per second (cm/s) passed over the Victoria Falls but in 2019 the flow has dropped to around 1,200 cm/s, i.e. a 40% reduction. The Zambezi Water Authority states that the water flow is at its lowest since 1995 and well under the long-term average.[ii]

At Horseshoe falls viewpoint during a normal dry season, the water often dries up from this point eastwards to the Zambian bank and during the interview between Stephen Sackur and Elisha Moyo there was no water flowing over the edge.[iii] Volcanic eruptions in the past created a relatively level layer of basalt and the Zambezi river has been cutting back along cracks in the basalt forming the deep and narrow zig-zag gorges into which the river exits after it passes through the boiling pot. The eastern cataract on the Zimbabwean side is the lowest of the five falls where the river has eroded a deep incision into the basalt and so most of the water spills here. 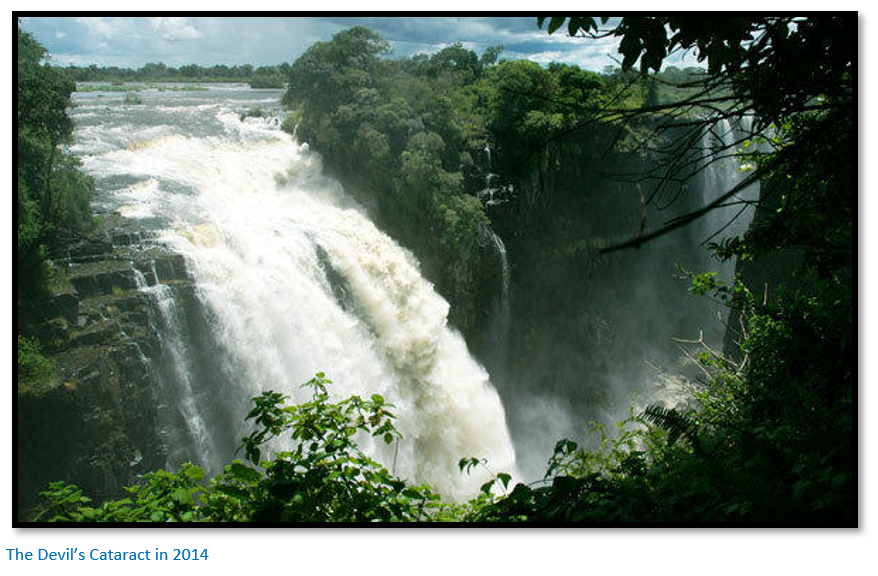 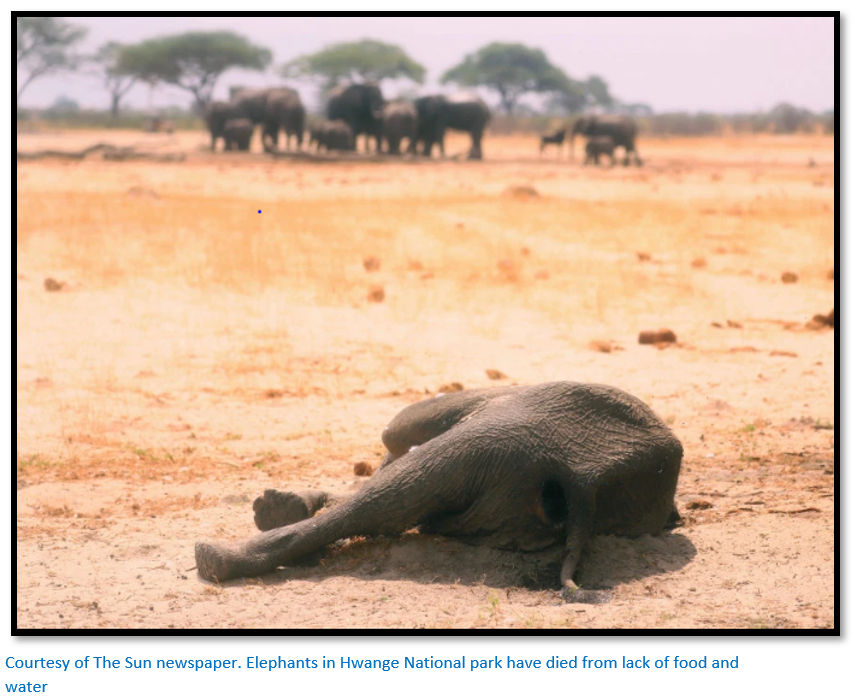 Throughout Zimbabwe subsistence farmers are also unable to cope as cyclone Idai in March 2019 destroyed matured maize crops and this has been followed by this prolonged drought. Food insecurity has increased across the region and in Zimbabwe 7.7 million people – half the population - are dependent on food handouts from the United Nations World Food Program.[iv] 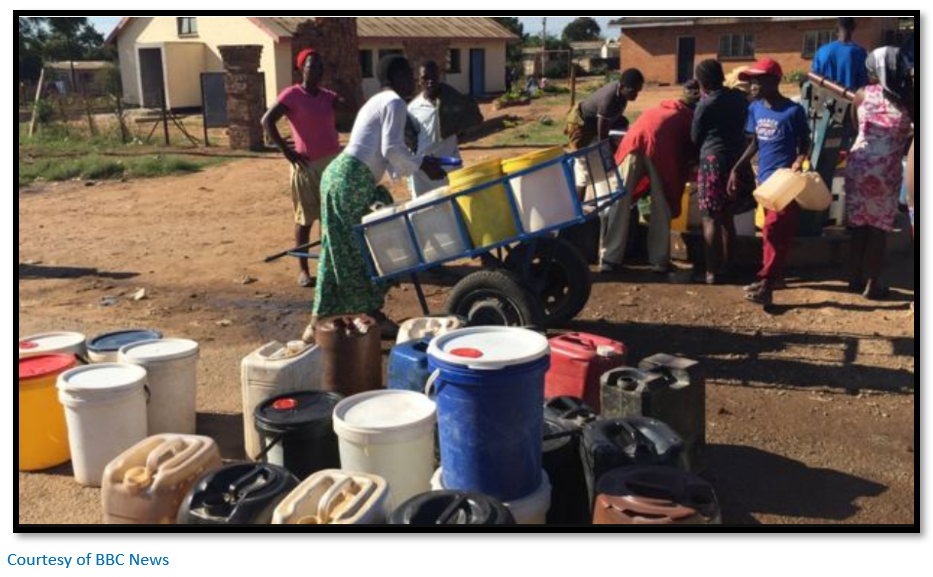 The poor in the urban centres suffer disproportionately and form long lines of buckets and water containers in the early hours of the morning at community boreholes. Most city water comes from dams which have been severely impacted by the drought; but lack of chemicals for water treatment plants and aging pipe infrastructure have contributed to the problem as the economic demise of the country has led to the City of Harare being unable to raise funding.[v]

Much of the country’s electricity is supplied by hydropower from Lake Kariba since the country’s coal-fired power stations are producing little electricity due to coal shortages and maintenance neglect.[vi] But since the water flows from the Zambezi river are so low Lake Kariba’s water stocks have not been replenished and this is affecting hydropower generation for both Zambia and Zimbabwe. Zambia relies 99% on hydropower and 60% of Zimbabwe’s electricity generation is from Kariba hydropower - residents in both countries have been suffering prolonged power cuts throughout 2019 with a knock-on effect for business and industry; with no respite in sight.

The completion of the 300 megawatts Kariba South Hydropower Extension Project was expected to ease power shortages in Zimbabwe but the dropping water levels has hampered the potential project gains.[vii] Only the water above the turbine water intakes pipes, known as live water, is accessible for power generation. Water levels below the water intake pipes, known as dead water, is unusable for power generation. 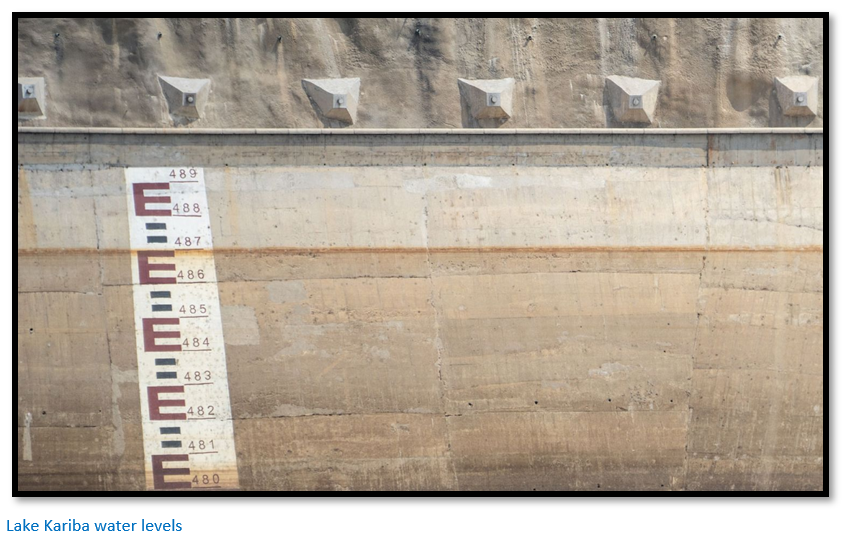 However Harald Kling, a hydrologist at engineering firm Poyry and a Zambezi river expert, said that climate science dealt in decades, not particular years: “so it’s sometimes difficult to say this is because of climate change because droughts have always occurred.”[x] 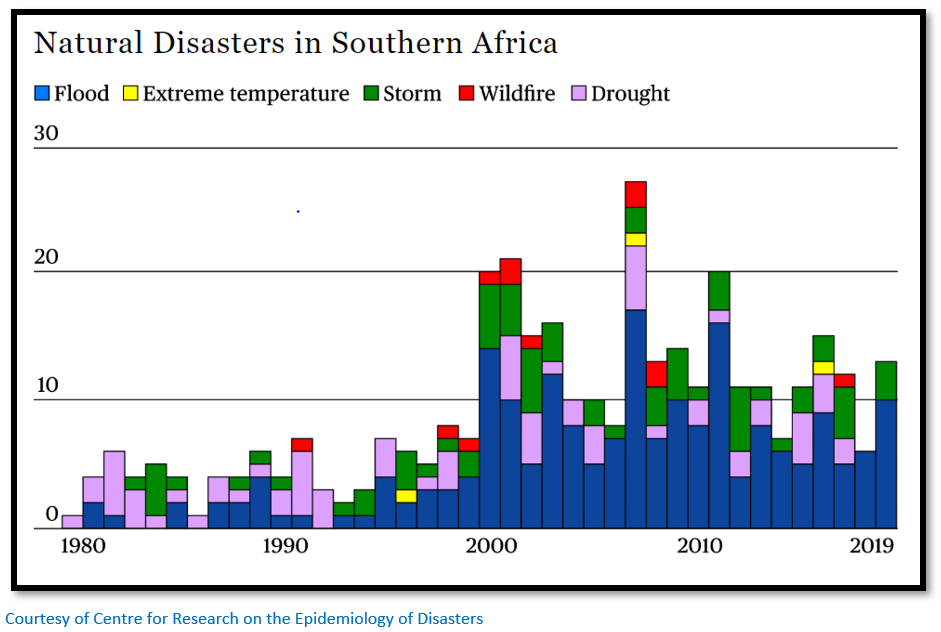 Tobacco growing also contributes to deforestation. In Zimbabwe tobacco is usually flue-cured and commercial farmers in the past used coal which burns hotter than firewood, but the unreliability of coal supplies from Hwange and the inability of NRZ[xi] to transport coal has forced farmers to cut trees to provide fuel to cure their tobacco crops. According to Global Forest Watch Zimbabwe lost 13% of its indigenous tree cover between 2000 – 2017, a significant proportion of which is related to tobacco growing.[xii]

[i] WorldAtlas.com considers the seven natural wonders of the World to include the Northern Lights, Victoria Falls, the harbour of Rio de Janeiro, Paricutin, the Great Barrier Reef, Mount Everest and the Grand Canyon.